Kalište was one of the 102 villages torched by the Nazis during the Second World War, but the only one to which life has never returned. 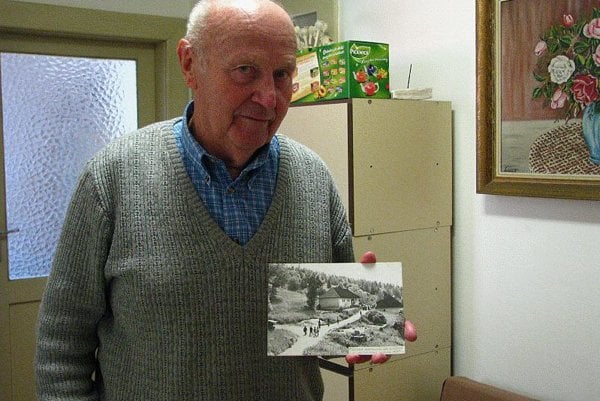 The 1944 Slovak National Uprising (SNP), when rebel fighters took on the might of the Nazis, is still one of the most significant and controversial events in Slovakia’s history. Nationalists regarded the uprising as a fight against an independent Slovak Republic, but the communists have also claimed credit for it. Either way, it was one of the most important organised resistance movements in Europe during the Second World War, when 32 nations battled Hitler’s Germany.

Although the uprising was ultimately suppressed and countless lives were lost in terrible bloodshed, it was massively influential in determining the future political and social direction of Slovakia.

The Slovak Republic was an independent country during the Second World War, but, under the pro-Nazi government of Jozef Tiso, existed as a “client” or puppet state of Germany. Large sections of the population disagreed with Tiso’s totalitarian regime and in December 1943, members of communist and civic-democratic resistance signed the “Christmas Agreement” in Bratislava, establishing the (illegal) Slovak National Council. At the same time, the Treaty of Friendship and Mutual Cooperation between Czechoslovakia and the Soviet Union was signed.

The combined strength of the council and the treaty with the Soviets provided the impetus to start an armed rebellion in Slovakia. More and more Slovak soldiers deserted the army and joined either partisan groups hiding out in the mountains or the Red Army at the eastern front. However, the insurrection was initially hindered by some chaotic decision-making and naive strategy mistakes among its leaders during the summer of 1944, which prompted suspicion in the Slovak army and German forces to pour into the country. The resistance remained defiant, however, and to a chorus of “Start the evacuation!” broadcast from one of the rebels’ transmitters, the Slovak National Uprising officially began on August 29, 1944. It was centred on Banská Bystrica in central Slovakia, which has since become synonymous with the uprising.

The sudden start of the insurrection caught some army units unprepared. Nevertheless thousands of soldiers of numerous nationalities fought together, united by a common enemy.

Germans troops were also coursing through the valleys, and after two months of fighting, the Nazis re-occupied all the significant strategic locations, including Banská Bystrica. After the unsuccessful end of the wider insurrection, some soldiers changed strategy and began partisan warfare, concentrated mainly in the Low Tatras of central Slovakia, which became known as the “Partisan republic”. Partisans cooperated with the Red Army approaching from the east and between January and March 1945, they helped liberate most of the towns in central and eastern Slovakia.

The Nazis, however, had already started a campaign of bloody reprisals against the civil population before the liberators could arrive.

Hidden high in the mountains, 30 km from Banská Bystrica, the small village of Kalište these days features only two houses and a small chapel. Nobody has lived here since 1945, when what was once a vibrant village was awash with blood. Two months before end of the war, and five days before liberation of Banská Bystrica, Kalište was torched by German troops. Fourteen citizens and 32 partisans were killed, many burned alive.

Milan Kaliský was in Kalište that morning. “It was dark, maybe about five o’clock in the morning,” Kaliský, now 73, said in a recent interview. “There were screams everywhere and we heard shots. Nazis entered and took us out of our homes. Anyone who couldn’t move was burned in their house. Other people stood in the middle of the village and waited. We waited the whole day in snow. Then the Nazis torched almost all the houses in the village, some with injured people still inside. We watched as our houses burned down.”

Daniel Komora was 12 when he witnessed his sister’s murder.

“I was hidden under the stairs with my friend Ivan,” said Komora, who is now 78. “The Nazis found us, they were looking for partisans. We went upstairs with my sister, Ivan and his mother. When she cried ‘Ivan’, the Nazis thought that there was a partisan in house, because of the Russian name. They shot her and my sister, maybe with 30 bullets. My sister died after one hour, Ivan’s mother after two weeks.”

The troops had originally been ordered to murder everybody in Kalište and 46 people were dead before the command was withdrawn. The village had previously been a partisan refuge, but most had fled before the massacre.

“It was just revenge,” said Kaliský. “The Nazis had to know that the partisans had left.”
Nazi soldiers were looking for partisans weeks after the destruction of the village, and even recruited survivors of the horror to assist them.

“The Nazis wanted to know the route of the retreating partisans and they needed guides,” said Komora. “They chose me and my cousin. We went first, with a commander behind us and soldiers behind him. We walked for kilometres with them, and they didn’t want to let us return. We ran away, but we met another Nazi soldier. He spoke Polish, so we told him that we were the guides of the Nazi officers. He let us go and he gave us some cigarettes. After a few kilometres we were stopped by another group of Nazis, who demanded to see our papers. We hid in another village and when they left, we ran home.”

Kalište was one of the 102 villages torched by the Nazis during the Second World War, but the only one to which life has never returned. The horrors of that day are commemorated by a memorial and a small exhibition. There is an educational footpath that leads through Kalište (Slovak only) and English-speaking guides can be arranged in advance.

Banská Bystrica was liberated by the Red Army on March 25, 1945. The Nazis terror ended on April 4, 1945, when Bratislava was liberated and Red Army passed through Slovakia and continued to the Czech Republic.

Today, Banská Bystrica is a dynamic city with two faces – beautiful historical centre and pulsating life. You can visit a hanging bell tower, the Central-Slovak Museum, various galleries, or you can go shopping in a modern shopping centre.

The Slovak National Uprising is commemorated by a black obelisk on SNP Square, and in an exhaustive museum with an excellent exhibition tracing the entire history of the uprising. Kaliský and his family, who survived the terrors of Kalište, now live on New Kalište Street, which was built in Banská Bystrica for the displaced.

Even though debates will continue about the SNP, the event moulded the future of Slovakia. “Thanks to the uprising, Slovakia did not end as a defeated country,” said Vigaš. “We've managed to come out the other side.”