THE SLOVAK calendar is quite generous to employees when it comes to celebrated holidays as Slovakia has 15 designated days when Slovaks are to be paid but do not need to work, among the highest number of national holidays in the European Union. 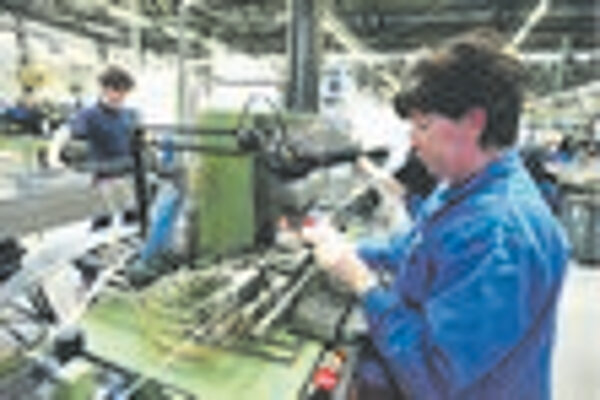 A proposal to eliminate some holidaysmayadvance (Source: SME)
Font size:A-|A+0

THE SLOVAK calendar is quite generous to employees when it comes to celebrated holidays as Slovakia has 15 designated days when Slovaks are to be paid but do not need to work, among the highest number of national holidays in the European Union.

As part of its package of measures to balance the state budget and spur economic growth the Slovak government is now contemplating reducing the number of holidays, an action that is endorsed by employer associations but is opposed by trade unionists and religious groups.

“We support the proposal to eliminate some national holidays,” said Finance Minister Peter Kažimír during a discussion on public broadcaster Slovak Radio, adding that the cabinet is pursuing not only measures to reduce government expenditures but also measures to improve economic growth. The minister stated that eliminating two national holidays would lead to a 0.4-percent increase in Slovakia’s GDP.

“They insist on reducing the number of national holidays because their reduction would very much help the economy and at the same time the employers see it as a form of compensation for the fact that they will also contribute more [in taxes] to the consolidation package,” Hudáková told The Slovak Spectator.

The employer groups have argued that Slovakia is among the EU countries with the highest number of national holidays designated either by the state or by the Roman Catholic Church.

“We believe that if we are supposed to overcome the recession and start up economic growth, it is necessary to reduce the number of national holidays as out-of-work days,” Martin Hošták, the secretary of the National Union of Employers (RÚZ), told The Slovak Spectator. He said that every day celebrated as a national holiday causes the Slovak economy to lose about €180 million, the amount he estimates is the daily GDP generated by the Slovak economy.

A reduction in the number of national holidays was proposed in a memorandum for the future government that was a joint proposal of employers’ and business organisations, Rastislav Machunka, the president of AZZZ, the Federation of Employers’ Associations, told The Slovak Spectator. He added that fiscal measures being proposed by the government such as a planned increase in corporate income taxes will have a negative impact on the business environment and on GDP growth and that reducing the number of national holidays would at least partially compensate.

“But reducing the number of national holidays, by far, doesn’t compensate for the planned increase in the tax burden,” Machunka stated.

Robert Kičina, the president of the Business Alliance of Slovakia (PAS), told The Slovak Spectator that if some national holidays were eliminated companies would be able to save on costs such as wages paid to employees not working on national holidays that fall on workdays.

Reducing the number of celebrated holidays has not been welcomed by representatives of employees. Trade unions have prepared a counter-proposal that calls for working time to be shortened if the number of national holidays is decreased.

“If two holidays were eliminated then the overall working time will be prolonged and it is possible this could result in cutting the number of employees,” Emil Machyna, the president of the KOVO trade union of metalworkers, told Slovak Radio. He also questioned whether the step would actually lead to an increase in GDP.

“It is only about cutting costs for the employers in this round,” Machyna stated.

This proposal offered by the trade unions is not acceptable to the employers.

“It absolutely denies the sense of reducing the number of national holidays,” Hošták said.
Kičina also does not consider the unions’ demand as legitimate, noting that Slovakia has the highest number of holidays of countries among members of the OECD, the Organisation for Economic Co-operation and Development, while adding that he understands it as “a natural reaction and a logical demand from a group that defends the rights of employees”.

The question of whether to eliminate some Slovak holidays seems to be less problematic than the next decision: which national holidays should become regular working days?

Employers have said they have no strong preferences about which of the national holidays should be eliminated and have said in unison that this decision must be addressed by elected officials based on a society-wide discussion.

“For the moment we are discussing the possibility to eliminate two holidays, an optimal number in my opinion at this point,” Kičina stated, while also mentioning two possible days as the state holiday celebrated on September 1, Constitution Day, and the holiday for Saints Cyril and Methodius celebrated on July 5.

Machunka of the AZZZ told The Slovak Spectator that it may even be possible to eliminate four national holidays because of the high number currently celebrated in Slovakia.

“We find the efforts by the prime minister to talk to the churches and find a potential agreement for eliminating some religious holidays as national holidays as a positive step,” Machunka stated.
Prime Minister Fico has been discussing this issue with representatives of the Catholic Church and others.

“[The Catholic Church] is convinced that it is of a high importance to preserve the current number of religious national holidays,” Hudáková said on behalf of the prime minister.

“The [Catholic] Church stands on the side of citizens who have a right to spend time with their families,” Jozef Kováčik, spokesperson for the Conference of Bishops of Slovakia, told The Slovak Spectator.

Hudáková said that it might not be possible to eliminate some religious holidays without opening the bilateral treaty signed by Slovakia and the Holy See in 2000 that was ratified by the Slovak parliament in 2001, adding that the Slovak government is currently reviewing the relationship between Slovak law and the treaty.

“The treaty between Slovakia and the Holy See adopted the legal status in the Slovak Republic at the time when the treaty was signed,” Kováčik said. “The [Catholic] Church did not demand any privileges back then. Therefore it is our position that the legal status of the inter-state treaty can be fully respected without opening it.”