FRANCE is a well-established investor in Slovakia, even though it is not a direct neighbour and the two countries differ significantly in geographical size as well as population. French investors have focused especially on the automotive, energy, and telecoms industries, but pharmaceuticals, chemicals and metallurgy are also now attracting their interest. The two countries enjoy thriving and growing trade; the balance of trade favours Slovakia. 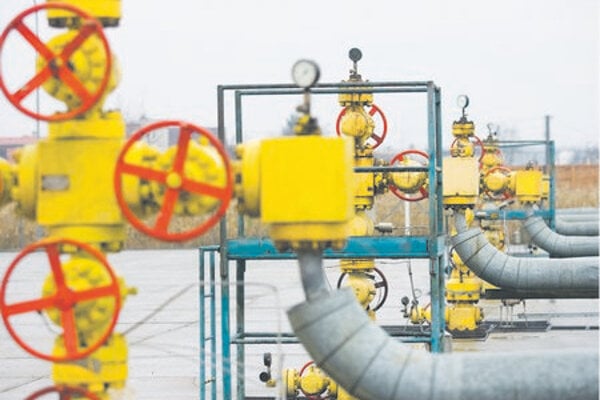 FRANCE is a well-established investor in Slovakia, even though it is not a direct neighbour and the two countries differ significantly in geographical size as well as population. French investors have focused especially on the automotive, energy, and telecoms industries, but pharmaceuticals, chemicals and metallurgy are also now attracting their interest. The two countries enjoy thriving and growing trade; the balance of trade favours Slovakia.

“Economic cooperation between France and Slovakia has registered over recent years, except the crisis years of 2008 and 2009, a growing tendency,” Dušan Huszár, manager of the department of services for companies at the French-Slovak Chamber of Commerce, told The Slovak Spectator, identifying in particular the investments by French carmaker PSA Peugeot Citroën in Trnava as lying behind the figures.

With total investments exceeding €5 billion, French firms are the second biggest investor in Slovakia, after Germany. Other investors apart from PSA Peugeot Citroën, whose investments amount to about €1 billion, include Gaz de France (GDF), which has invested about €1.4 billion into the dominant gas utility, SPP, and France Télécom, with investments of €1.1 billion into mobile operator Orange Slovensko, according to Huszár.

Based on preliminary data from the National Bank of Slovakia, French foreign direct investment totalled almost €1.54 billion at the end of 2010. During 2011 inflow in the form of equity interest in companies amounted to €7.6 million. However, these statistics do not include all French investments here as many arrive indirectly. The Slovak Investment and Trade Development Agency (SARIO), which also estimates that French companies have invested over €5 billion in Slovakia since 2000, assisted 19 French companies in establishing themselves in Slovakia between 2002 and 2011. These investment projects, with aggregate investments of €833.15 million, have created almost 7,000 jobs according to SARIO.

Ľubomíra Gabrielová, the head of the marketing department at SARIO, listed other French investors in Slovakia like Electricité de France (SSE), Dalkia and Arcelor Mittal, adding that in recent years further French investors have arrived, for example Valeo and Faurecia (both in Košice) as direct suppliers of PSA Peugeot Citroën in Trnava, along with logistics company Gefco, Plastic Omnium, Air Liquide, Total, Hutchinson and Vinci.

According to Gabrielová, direct foreign investments from France in Slovakia are proof of the creation of long-term sustainable relations given that returns on the investments of such giants as PSA, GDF or Faurecia are calculated over at least 25-30 years.

The French-Slovak Chamber of Commerce registers over 400 companies with French capital employing approximately 35,000 people in Slovakia. Their number has more than doubled since 2003, when they numbered about 200.

“Several facts have positively influenced this upward trend,” said Huszár. “Particularly important was the decision of PSA Peugeot Citroën to invest in Slovakia, and the entry of Slovakia into the EU.”

Of the French companies in Slovakia, 26 percent are active in the services sector, 20 percent are engaged in energy, chemicals, plastics and pharmaceuticals, and 12 percent are machinery and metallurgical companies. The chamber is currently updating its list of companies with French involvement in Slovakia and the final list should be available in September, Huszár said.

French investors in Slovakia, according to Huszár, rate the country’s qualified and still relatively cheap labour force, the flexible Labour Code, the advantageous tax system with flat income tax at 19 percent, eurozone membership, its favourable position in the middle of Europe, economic growth even during the crisis, and especially the prospects for future economic growth and the possibility of financing projects from EU funds as being among the main advantages when investing here.

SARIO believes that the automotive industry will remain the dominant sector in terms of French investor interest, but it expects other industrial and service sectors to be of interest too. It said France is ready to cooperate with Slovakia in building road infrastructure and that there is an ongoing interest in commercial-investment cooperation in environmental protection.

The primary task of SARIO is to present the investment environment in Slovakia and highlight the assets which investors may find here, Gabrielová specified. Earlier this year, the agency participated in a seminar held in France dedicated to the automotive industry in central Europe, the aim of which was to present a comprehensive picture of the automotive sector in Slovakia, the Czech Republic and Hungary – and especially to introduce opportunities for future cooperation via sub-contractors and investments.

“French companies are being pushed to cut costs and Slovakia seems to be a natural choice because it has a great advantage in a good location from the viewpoint of distribution, services and substantial infrastructure, lower tax rates and slightly lower costs,” said Gabrielová.

France is Slovakia’s sixth most important trading partner, accounting for approximately 5 percent of the country’s total trade volume, behind Germany, the Czech Republic, Russia, Poland and Hungary. The bilateral balance of trade has been in Slovakia’s favour for some time, thanks to exports of cars and their components, according to Huszár. In 2011 the volume of mutual trade exceeded €5 billion for the first time ever.

Marian Záhora from the international trade department at the Slovak Economy Ministry told The Slovak Spectator that bilateral trade grew from €2.59 billion in 2007 to €5.45 billion in 2011.
Mutual trade closed with a positive balance for Slovakia of €282 million in 2007 and at the end of 2011 it amounted to €1.81 billion. Záhora specified that products from the automotive, electro-technical and rubber industries dominated Slovakia’s export to France, but other exports included chemical products and iron and steel. French imports to Slovakia were dominated by pharmaceutical, automotive and machinery products and also by industrially-produced gas and plastics.

Slovakia considers France to be a strategic economic partner. A strategic partnership agreement between the two countries was signed on September 17, 2008, by French President Nikolas Sarkozy and Slovak Prime Minister Robert Fico.

“At that time efforts to revise the dynamics of mutual relations after their previous chilling in 2003, during the era of President Jacques Chirac, were the determining [factor],” Záhora told The Slovak Spectator.

Based on the positive development in economic cooperation to date, Záhora is also optimistic for the future.

“During the first two months of 2012 another increase in mutual trade was recorded,” he said. Imports from France to Slovakia grew by 9 percent year-on-year, while Slovakia’s exports to France soared by 16.7 percent.

Slovakia is experiencing great interest from French entrepreneurs eyeing the Slovak market. Záhora specified that participation by French companies can be seen in the banking, carmaking, machinery, energy, electro-technical, chemical and rubber industries, but also in smaller companies focusing on commercial and intermediary services. Many of these use the advisory service of Ubifrance, the French Agency for International Business Development, which assists French companies operating beyond its borders.

Also among potential future fields of cooperation is nuclear energy, as both countries generate a large portion of their power needs from nuclear plants.

In this respect, Záhora pointed to the agreement on exchange of expert information and cooperation in nuclear security signed in France in August 2009. The French interest focuses also on research. He mentioned the Allegro project, the result of an industrial initiative in the nuclear energy sector, in which France, Slovakia, the Czech Republic and Hungary participate. The project focuses on research and development of a fast reactor cooling process using helium, an inert gas. But the key question of financing for the project remains open, according to Záhora.