This year marks the eleventh edition of the Visegrad Summer School, which takes place in the historically renowned setting of the Villa Decius Association, Krakow, during the first two weeks of July. This occasion has become one of the chief celebrations of enhanced cooperation within the V4 group and its adjoining nations. Since the first staging of the event in 2001, the Visegrad Summer School has continued to evolve and improve; this year will certainly be no different. 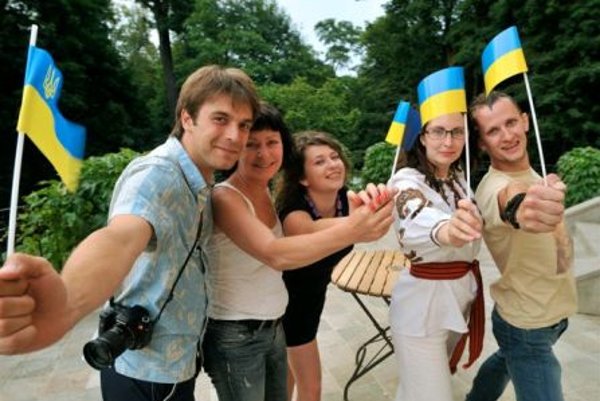 This year marks the eleventh edition of the Visegrad Summer School, which takes place in the historically renowned setting of the Villa Decius Association, Krakow, during the first two weeks of July. This occasion has become one of the chief celebrations of enhanced cooperation within the V4 group and its adjoining nations. Since the first staging of the event in 2001, the Visegrad Summer School has continued to evolve and improve; this year will certainly be no different.

Participants Viewpoint
This year sees nearly fifty participants from twelve countries, eager to continue in the tradition of those gone before them. Past participants of the school have benefited significantly from the programme. New insights into contemporary issues have been formed and lifelong friendships are made, this year will unquestionably constitute the same happenings among participants. Andras from Hungary a former participant of the event recalls: I remember VSS as a great place to meet people with similar or different lifestyles. That was the time when I grew used to the fact that Central European countries have so many in common and the common roots have been buried in language and political differences. While Zurab a participant this year from Georgia states: I look forward to participating in the summer school. It is a new opportunity to meet interesting people, deepen my knowledge, improve my skills and gain unique experiences.

Role of Experts
Another major facet of the Summer School is the involvement of distinguished experts. Since the first edition of the VSS, many esteemed connoisseurs have lent their expertise to making the event a tremendous occasion annually with Grigorij Mesežnikov, Jiří Dienstbier, Martin Butora, Magdalena Vášáryová, László Rajk, Andras Lánczi, Géza Jeszenszky, Csaba Gy. Kiss, Danuta Hübner and Adam Michnik but to name a few. This year will be no exception; with over forty experts confirmed their input into a range of diverse and pertinent subjects in the Central European region will undoubtedly influence the participants greatly. Some of the principle contributors this year include; Jan Lityński current advisor for the Polish President, former Ukrainian Foreign Minister Borys Tarasyuk and Martin Ehl, head of the foreign desk of Hospodářské novinys. While the experts play a critical role in the composition of the event, the range of discussions, seminars and workshops offered to participants are equally noteworthy.

Programme Activities
This year the primary workshops offered include: Political identity in Central and Eastern Europe, Public presentations and Post-industrial city space in Central Europe (photo-workshop). Aside from the workshops on offer, the Visegrad Summer School will also hold many informative discussions and seminars that will aid the participants in their understanding of the CEE region, particularly in terms of cultural and social changes, corruption, and the influence of art in contemporary European society. Another feature of the event is the study trips to the Krakow and Malopolska Region, which offer a unique perspective into the region and are definitely worth sampling. After eleven years the Summer School has firmly established itself as one of the premier events of its nature in the V4 region.

Visegrad Summer School continues to earn acclaim
Continually lauded as an excellent example of cooperation among the V4 nations, the Villa Decius Association has recently been awarded the International Visegrad Prize for the role in promoting V4 countries’ partnerships, which have implications that reach beyond the borders of Central Europe. If this award is anything to go by, then this year’s edition of the Visegrad Summer School should be the most memorable and successful yet. Further information can be found at: visegradsummerschool.org