There are not too many musicians from Slovakia who have succeeded internationally. Even though music has no language barriers, songs with lyrics – particularly lyrics that express strong feelings and opinions by the performer – sometimes make it more difficult to break through with an international audience. 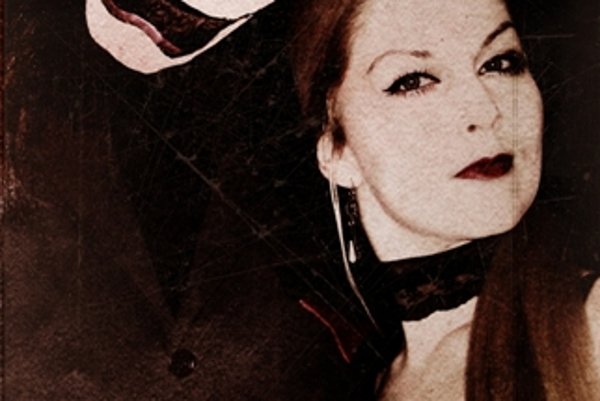 There are not too many musicians from Slovakia who have succeeded internationally. Even though music has no language barriers, songs with lyrics – particularly lyrics that express strong feelings and opinions by the performer – sometimes make it more difficult to break through with an international audience.

Snovonne, a native of Nitra, released her second album in February on St Valentine’s Day on the Rogue Records America label and a third album is being planned for 2013. The fragile, blond singer, who also is a songwriter and producer, aged 27, is termed “progressive-metallic” on her website. She lives and works successively in London, Germany and the USA.

But she keeps coming home to Slovakia frequently and played in Bratislava two times in spring as part of her European tour that accompanied the launch of her recent album called The Nightmare Bride. She also plans to perform at open-air festivals in Slovakia later this month.

“I keep recording but also love playing live. I can never say ‘this is it, I’ve have had it all, I am happy’. A person like me never stops, I am never happy; music is my life and I’m going to be a rock grandma at 60 years of age and still be going wild,” the singer told The Slovak Spectator.

Asked by The Slovak Spectator what it takes be successful with foreign audiences and on foreign labels, Snovonne answered that it a little bit of several things. She said talent is most important so that people are willing to invest in a singer, adding that from a practical point of view, contacts are crucial but they should be earned in an honest way.

“Quick contacts are come and go”, Snovonne said, stressing that it is important that singers physically come to know a country where they perform. “In the end, you might not cooperate with all your contacts in a direct way but you can find a way to make these contacts work in some way,” Snovonne said.

Asked how long such a process takes, she laughed spontaneously and said “long, too long” but later added that eight years might not be considered that long after all. “I started early with music but I did not really work in front of audience as Snovonne until I was 20 or 21. That is when we wanted to play live concerts and started to contact people and make recordings. For the past eight years, we have spent our time in Slovakia, Germany, London, and sometimes in the USA. The thing is that you never see results immediately, but rather six months or a year after.”

“The only permanent members of my band are Slovaks: Peter Báleš on bass and Lukáš Michálek on drums – they are from Nitra as well,” she said. “On guitar, we have always had people coming in and out; mostly we have played with Slovak musicians but now we also using a guitar player from Finland and one born in Russia now living in London. With band players it is both a matter of contacts and coincidence. Sometimes I get to play with someone I longed to work with for a long time.”

“For example, Sam (Samuli Tuomas Mäkelä) from Finland ordered our previous CD, called It’s Sno, Baby - Not Sugar. For us in the band it has always been a kind of a dream, half-joke and half-real, to have a blond, tattooed guitar player from Finland. And when he bought the CD, we saw through Facebook that he played guitar, so we wrote him a message – and he flew over right that minute. That was a total coincidence. Alex Sitnikov is a different story as we had a common friend when we lived in Britain and we came to know him through this contact, although some time later.”

Snovonne admitted that she never considered having a career in Slovakia – not because of negative feelings about the country – but because she has always written her lyrics in English. “Slovak is rather unnatural for me to write and sing in,” she said.

“Slovakia is a country where my parents and old friends are but we come back here mainly because we don’t want to lose contact with this country. We also recorded our last album here because it was easier for the three of us Slovaks financially. I definitely think we need to be here at least once a year to give a show,” she told The Slovak Spectator.

The musician who combines hard rock and metal has a special sound – a mix of temperament and heavy riffs with fragile and heart-breaking melodies along with her soaring vocals. Her next gig in Slovakia is at Topfest at Piešťany airport on June 29th and at Podhájska Music Fest on July 14th.

“Audiences react in different ways in different countries,” Snovonne said. “In some countries, people enjoy the metal aspect of my performance, in another one the visual aspect; in another one they appreciate the lyrics and the message. But we, as musicians, love it all. We like both smaller clubs and big festivals.” Bass player Báleš added that “there are places like Prague or Poland where we always find success, as the audience is, in a way, predictable.”

Snovonne noted that “just now, things are going quite slowly but that’s fine. I am not after money or fame – my point is to be able to invest 100 percent of my time to the things I want to do; but obviously I have to make some kind of living out of it. But we are not talking about getting rich or famous”. She added that she loves what she does and “even the problems that come with it because it’s still the work I want to do. In these terms I am very happy to be where I am now” while emphasising that she is not about to stop.