THE NETHERLANDS is a country associated with some well-known symbols – among them tulips, windmills, and cheese – and artists like Rembrandt and Van Gogh. 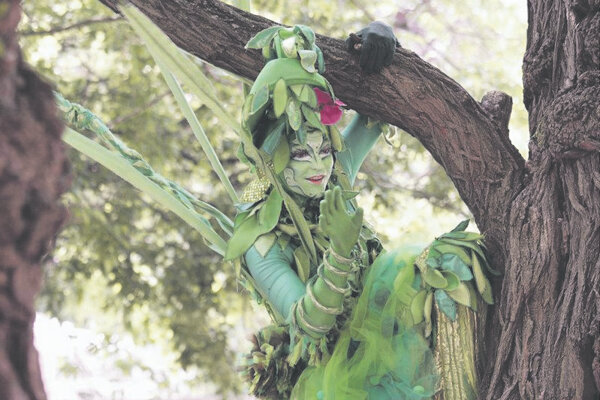 The Jelicious troupe at Cirkul'Art (Source: Courtesy of the Dutch Embassy)
Font size:A-|A+0

THE NETHERLANDS is a country associated with some well-known symbols – among them tulips, windmills, and cheese – and artists like Rembrandt and Van Gogh.

“We are proud of these elements of our culture, but as a modern embassy, we want to inform the public about our country in the 21st century, as well,” Paulína Horňáková, cultural officer at the Dutch Embassy in Bratislava, told The Slovak Spectator.

“The Netherlands is also the country of DJ Armin van Buuren, Dutch design, sustainable architecture, computer games, and is the country that launched Big Brother, the reality TV show,” she added.

Asked what criteria are used to select projects or individuals to support, Horňáková said that their activities should always include a significant national element and bring a sustainable impact or outcome.

“We believe that, for example, a lecturer presenting Dutch know-how at a workshop in Slovakia could make a great contribution to improve the knowledge and skills of the target audience in a certain professional area. We are also interested in projects that involve the overlapping of culture with other disciplines, for example trade or environmental protection,” Horňáková explained.

In 2012, the Dutch Embassy supported the Envirofilm festival in Banská Bystrica, focusing on movies with environmental topics, by facilitating the attendance of Jan van Berg, a Dutch documentary movie director.

His movie Silent Snow received an award in the category ‘search for answers to urgent questions’. The environmental issue was also reflected in an artistic way in the photographic exhibition Poles Apart in the KC Dunaj culture centre in Bratislava. The photographs, from the North and South Poles, were created by Dutch journalists Raymond Rutting and Sacha de Boer, who also came to Slovakia to give a lecture about their work and experience.

Horňáková also mentioned design and architecture as a topic of interest: “At the Days of Architecture and Design, Dutch architects presented an innovative approach with a focus on green architecture. The Denamit Design Days conference included a presentation about the Creative Factory in Rotterdam and how the concept of such a 'creative incubator' works in practice.”

Literature is a field that the Dutch embassy is active in as well: for three years it has taken part in the Night of Literature. In 2011, it promoted and presented Turkish Delight by Jan Wolkers, and this year The Discovery of Heaven by Harry Mulish, both translated by Adam Bžoch.

As for other artistic forms like music, visual and the performing arts, the performances of ballet dancers from the Netherlands at the Ballet Gala in the Slovak National Theatre and of the Nederlands Dans Theatre at the Pohoda festival in Trenčín also deserve a mention. The Dutch performers Jelicious took part in the Cirkul’Art, a modern circus festival, this summer. The Sculpture and Object 2011 festival in Piešťany showed a variety of Dutch contemporary sculptures. The Danubiana Meulensteen Art Museum in Čunovo near Bratislava is a gallery co-founded by a Dutch citizen, exhibiting works by Dutch, Slovak and international artists alike.

“There is no structural cooperation between institutions, but on an ad hoc basis there is cooperation for special events, such as Artist in Residence programmes,” Horňáková said. “For example, the Košice Artist in Residence project will welcome a Dutch artist this year, Mathijs Lieshout. There are also exchange programmes between Slovak and Dutch schools and partnerships between Slovak and Dutch cities, such as Martin and Hoogeveen or Nitra and Zoetermeer.”

The cultural visits and projects are to be continued: for example, in December 2012, the embassy will organise an exhibition in cooperation with Comenius Museum in Naarden and the University Library in Bratislava about Ján Amos Comenius and his life in the Netherlands.