Stream of investments from the Netherlands keeps flowing and rising

BUSINESSES based in the Netherlands remain significant investors in Slovakia and it seems that the country’s stream of investments is far from going dry. Dutch investors say they are drawn to Slovakia by its location in the centre of Europe, its good supply of qualified labour and its established relations with other central and eastern European countries. 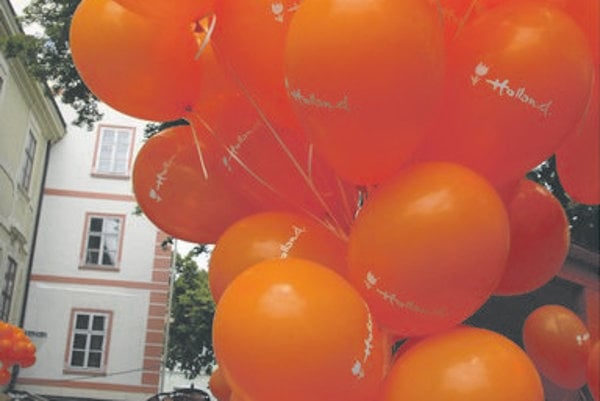 BUSINESSES based in the Netherlands remain significant investors in Slovakia and it seems that the country’s stream of investments is far from going dry. Dutch investors say they are drawn to Slovakia by its location in the centre of Europe, its good supply of qualified labour and its established relations with other central and eastern European countries.

“The Netherlands is traditionally one of the leaders in Slovak foreign direct investment inflow,” Eveline Molier, the deputy head of the Embassy of the Kingdom of the Netherlands in Bratislava, told The Slovak Spectator, adding that between 1993 and 2009 about a quarter of all foreign direct investments (FDI) in Slovakia were from the Netherlands. “In general, Dutch companies still find Slovakia a good investment location and since the crisis started we haven’t recorded any big outflow of companies. Of course, all companies are currently more careful when making investment decisions compared to before the crisis but according to economic forecasts FDI should get back to its pre-crisis level in 2013.”

SARIO assisted 14 Dutch companies in establishing operations in Slovakia between 2002 and 2011 with total investments of €204 million and the creation of 2,500 jobs. Currently, SARIO is working on four projects with Dutch companies in the food and paper sectors, logistics and metalworking. The total investment for these projects is estimated at €498 million and more than 2,000 jobs could be created.

SARIO cooperates with the Netherlands Chamber of Commerce in Slovakia to draw investors to Slovakia but also has relationships with significant financial institutions that have Dutch capital and this long-term cooperation has contributed to several investment projects.

“The fact is that if a Dutch company wants to keep its competitiveness in the globalised economy, it has to grow globally,” said Gabrielová. “Slovakia, thanks to its strategic location and the productivity of its qualified labour force, is one of the solutions.”

SARIO views 2010 as the most successful year in attracting Dutch investors to Slovakia while last year it helped establish one other Dutch company in Slovakia, but Gabrielová emphasised that some projects are ready and are just waiting for more clarity in the economic situation in Slovakia as well as in the rest of Europe.

Molier told The Slovak Spectator that even though the sovereign debt crisis spreading across Europe has temporarily lowered the overall level of investments, Dutch businesses are still interested in coming to Slovakia.

“For investors, the most important factor is the business environment, including protection of their investment and the costs connected with investing in a certain country compared to the closest alternative,” Molier stated. “Slovakia recently had elections and it is still unclear how the overall business environment will evolve. Reforms are announced but exact measures are not yet known. For that reason Dutch investors will be closely following what will happen, for example, with the flat tax, the bank levy and the Labour Code. Due to the overall situation in the eurozone, Dutch investors are more cautious anyway.”

Molier and Ivan Vereš, the economic and trade officer at the Dutch Embassy in Bratislava, think that the best areas for further cooperation are those in which Dutch knowledge and experience is among the world’s best. They said they see the best potential for cooperation in Slovakia as being in management of water resources and flood protection, energy efficiency, logistics, and high-tech and creative industries.

“In the design sector, for example, there is already a lot going on between Slovakia and the Netherlands and there is scope for expansion of these ties,” Vereš told The Slovak Spectator. “For example, with Košice being a European Capital of Culture next year, the city is using as its main slogan ‘We Support Creativity’, clearly aimed at attracting creative business sectors to the region.”

Emile Roest, president of the Netherlands Chamber of Commerce in Slovakia, sees increased interest in sectors such as logistics, production of machinery and electronics, and marketing of industrial products and services.

“One sector that is clearly suffering is real estate, which is very problematic in the Netherlands, so outgoing investments have decreased considerably,” Roest told The Slovak Spectator.

SARIO thinks machinery production will remain the dominant sector but it also expects other parts of industry and services will be of interest to Dutch investors.

“Most of these companies invested in recent years and we have signals that the stream of investments is far from being exhausted,” Vereš said. “If the Slovak business climate improves, more investments may come.”

The Netherlands Chamber of Commerce in Slovakia, which does not represent all Dutch companies operating in Slovakia, has amongst its members about 50 companies with Dutch involvement employing about 5,000 Slovaks, Roest said, adding that employment in these firms has been very stable, with a small increase this year.

Speaking about recent Dutch investments in Slovakia, Roest said that “generally speaking it is difficult to find qualified technical personnel in the Netherlands, so with the cost advantage here it becomes really interesting for Dutch companies to have an operation in Slovakia”.

Roest said other advantages of doing business in Slovakia from a Dutch investor’s point of view are the geographical location, quality labour at a reasonable price, and good connections to other central and eastern European countries.

“I also think there is a fit between Slovakia and the Netherlands in the sense that both countries are relatively small, so our people do not feel that they are “more” than others – there is none of the arrogance you sometimes feel when dealing with businesspeople or politicians from larger countries,” Roest stated.

He did say that cultural differences between Slovak and Dutch businesspeople are sometimes a barrier to doing business.

“The Dutch usually clearly explain what they can offer and what they cannot, but in Slovakia ‘everything is possible’,” Roest said. “Another obstacle is legal uncertainty, especially with respect to the quality and speed of the administration and the judiciary. And then the Slovak language…”

“Slovakia is considered an important partner and both economies are gaining because of our mutually beneficial cooperation,” Molier said, adding that the trade balance between Slovakia and the Netherlands is quite stable and currently does not show any significant impact from the debt crisis. “Trade transactions in 2011 increased to a level of €1.4 billion, and exports and imports between the two countries are on an almost equal footing. The majority of trade was in automotive and electromechanical products and machinery.”

Roest thinks that economic cooperation between Slovakia and the Netherlands has matured in the context of the decreasing involvement by the Dutch government in aid programmes.

“In the light of Slovakia’s budget savings and EU membership, the Dutch government has designated Slovakia as a non-priority country for economic aid,” Roest told The Slovak Spectator. “Dutch businesses, however, do not agree with this point and the Dutch-Slovak Chamber of Commerce is increasing its efforts to support economic cooperation.”

Molier said foreign investors in Slovakia are closely watching the first steps of the government of Prime Minister Robert Fico as they relate to the economy and the business environment in Slovakia.
“We perceive positively the fact that the government strongly supports stability in the eurozone area and is committed to reaching a 3-percent budget deficit in 2013,” Molier said.

“We are also happy to see that the government is addressing important issues in the business environment, such as shortening the length of judicial proceedings and targeting unemployment and the education of young people, including vulnerable groups, and strengthening the role of the public procurement office as an independent body.”

“I would like to stress that any new law should be submitted to a detailed impact assessment,” Roest said, adding that, for example, if taxes for high earners and the self-employed are increased, one should assess in advance whether those wealthier people will move abroad or if self-employed people will try to elude taxes.

"For instance, many Dutch moved just across the border to Belgium to escape taxes. Will the increased revenues be more than the increased costs of more controls by the tax authorities?”