BELGIUM and Slovakia, while still some distance apart in terms of their economic heft, are similar in being open and export-oriented countries with growing economies. They are both members of the EU and the eurozone. While Slovakia is not high in the ranking of Belgium’s main trading partners, several Belgian companies are deeply rooted in Slovakia and others are eyeing investment opportunities here. 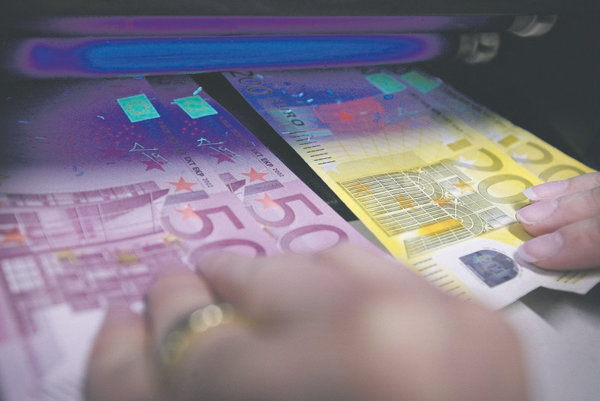 BELGIUM and Slovakia, while still some distance apart in terms of their economic heft, are similar in being open and export-oriented countries with growing economies. They are both members of the EU and the eurozone. While Slovakia is not high in the ranking of Belgium’s main trading partners, several Belgian companies are deeply rooted in Slovakia and others are eyeing investment opportunities here.

“We are aware of 125 Belgian companies and companies with Belgian involvement that are operating in Slovakia,” Lucia Harabinová, trade secretary of the Wallonia Foreign Trade and Investment Agency (AWEX) sitting at the Embassy of Belgium in Slovakia, told The Slovak Spectator.

Belgian companies have a notable presence in Slovakia’s automotive, banking and consultancy sectors as well as in chemicals, pharmaceuticals and biotechnology.

Harabinová listed several new Belgian investments as well as expansions of past investments: Bekaert, which produces steel wire for car tyres, expanded its facility in Sládkovičovo last year; Aspel operates an injection moulding plant in Kežmarok in eastern Slovakia; Plastiflex, a leader in the development and manufacturing of flexible hose system solutions, also has a plant in Kežmarok; Dhollandia, producing a range of tail lifts for vehicles, has a production facility in Predmier, near Žilina; and Deltrian, specialising in producing filters and developing filtration solutions, has a facility in Veľký Slavkov, near Poprad. Another succesful company is PPS Slovakia in Veľký Lopašov, which grows orchids.

The trade balance between Belgium and Slovakia tipped in favour of Belgium in 2007 and 2008, but Belgium had a trade deficit in 2009 after a sharp decline in Belgian exports.

“Nevertheless, thanks to improving exports compared to imports in 2010 and 2011, the balance of trade for Belgium has been in surplus again since 2010,” Harabinová stated. “It increased in 2011 and reached €53.6 million.”

Harabinová also works in Slovakia for the Brussels Investment & Export Agency and the Flanders Investment & Trade Agency. Along with AWEX, these three organisations serve as intermediaries for any Slovak entrepreneur interested in investing in any of the three regions of Belgium: Wallonia, Brussels and Flanders. Harabinová said that all three offer an extensive range of services to potential investors. These include: searching for available sites and buildings; providing assistance to incorporate a company, including access to venture capital and legal and logistical support; advice in finding suitable human resources; assistance in obtaining grants provided by regional and European authorities; and help and advice in understanding taxes and other fiscal matters.

“There is an extra service for any potential Slovak investor provided by AWEX only and that’s the possibility of a three months’ stay free of charge at the “welcome office” in Charleroi, which is the one-stop shop for all prospective investors from central and eastern Europe wanting to locate in Wallonia,” said Harabinová. She added that this centre offers services such as translators, administrative and logistics advice, assistance in understanding the language and culture, and similar forms of help.

“The current interest of Belgian investors and entrepreneurs in Slovakia can be regarded as more than positive,” Ľubomíra Gabrielová, the head of the marketing department at the Slovak Investment and Trade Development Agency (SARIO), told The Slovak Spectator. “SARIO has registered an increased number of inquiries from Belgian entrepreneurs over the last year.”

While SARIO responded to 14 inquiries from potential Belgian investors in 2010, last year it had 24 inquiries for assistance and information about the business environment in Slovakia.

“The reduction of the minimum investment has resulted in an increased interest by investors in Slovakia and their determination to enter the Slovak market and cooperate with neighbouring suppliers and customers,” Gabrielová stated.

To draw Belgian investors to Slovakia, SARIO closely cooperates with the Slovak Embassy in Belgium as well as with the Belgian Embassy in Slovakia.

“In the near future we are considering organising an investment seminar in Belgium to inform investors about the benefits of doing business in Slovakia and to introduce our country to them as a suitable place for investment,” Gabrielová said.

Gabrielová highlighted the Belgium Business Day organised by the Belgian Embassy to Slovakia as a past activity to attract Belgian investors to Slovakia. SARIO managers spoke about the planned changes in Slovakia’s laws and other initiatives and Belgian investors were also asked to discuss their visions and future plans at the meeting.

SARIO launched a new department last year named Corporate Development that is focused on helping investors who have already established facilities in Slovakia, Gabrielová added. SARIO project managers have taken the step of visiting the production facilities of several Belgian companies and plan to visit others.

Gabrielová told The Slovak Spectator that SARIO’s assistance last year resulted in three Belgian companies entering the Slovak market. These companies, which manufacture products from rubber and plastics, will be investing €21.6 million in total and there could be over 200 new jobs.

SARIO has recently seen more interest in Belgian investments in manufacturing of metal structures and production of electric engines and devices while last year interest was primarily focused on rubber and plastic products.

According to statistics from the National Bank of Slovakia, direct investments from Belgian businesses in Slovakia amounted to almost €86 million in 2011 and aggregate investments over previous years have exceeded €1.176 billion.

Gabrielová told The Slovak Spectator that SARIO’s efforts have helped attract Belgian investments worth €117.8 million since SARIO was created in 2002.