For the first time since Slovakia became independent in 1993, members of the Catholic congregation have launched public protests against a Vatican decision. The reason for their ire was the Pope’s decision, communicated via a terse one-line statement, to dismiss one of Slovakia’s most popular bishops, Robert Bezák. 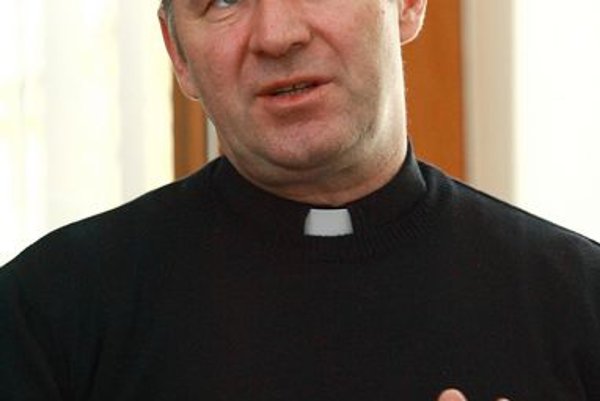 For the first time since Slovakia became independent in 1993, members of the Catholic congregation have launched public protests against a Vatican decision. The reason for their ire was the Pope’s decision, communicated via a terse one-line statement, to dismiss one of Slovakia’s most popular bishops, Robert Bezák. Appointed archbishop of Trnava just three years ago, Bezák had come to be seen as a symbol of generational change in the Slovak church and was widely praised by believers for his reformist and open attitude. The Conference of Slovak Bishops (KBS) released a rather brief response following his dismissal.

“Based on an apostolic visitation which took place between January 22 and February 1, 2012, the Holy Father recalled Robert Bezák from pastoral management of the Trnava archdiocese,” read the KBS statement. “We accept the decision of the Holy Father in the spirit of faith and filial obedience and we are asking for blessings for the church in Slovakia”.

Until a new archbishop is appointed, assistant bishop Ján Orosch, as apostolic administrator, will serve as “sede vacante”.

Bezák was officially removed from his post as of 12:00, Monday, July 2, upon publication of the announcement in L’Osservatore Romano, the official daily newspaper of the Vatican, the Sme daily reported.

The KBS statement did not satisfy some 300 church members, who gathered to express their opposition to Bezák’s dismissal in Trnava’s St. Nicholas’ Square. The disappointed Catholics decorated photographs of their former archbishop with roses, gerberas and clove gillyflowers.

Bezák, aged 52, replaced controversial former archbishop Ján Sokol three years ago. The step was widely welcomed given Sokol’s repeated praise of President Jozef Tiso, a Catholic priest who led the Nazi-allied wartime Slovak state during which, among other atrocities, tens of thousands of Slovakia’s Jews were deported to Nazi death camps. Bezák won popular respect when he announced that Tiso should have resigned as soon as the first train transporting Jews left the country.

Bezák said that he does not know why was dismissed. He added that the Vatican has told him not to talk to the media.

“I should refrain from statements to the mass media, but you are not the mass media, you are my believers,” he told churchgoers during mass on Sunday, July 1, as quoted by Sme.

Bezák added that although all the letters he has received from the Vatican refer to “serious accusations”, nobody has yet accused him of anything specific. He said he believes that one reason for his firing may be his criticism of Sokol, Sme wrote.

Bezák, among others, supported the Night of Churches project, in which Slovakia’s churches opened their doors to visitors late into the night and had priests and church employees on hand to talk to the public. In 2011, the first year of the initiative, only churches in the Trnava archdiocese participated; this year several other dioceses joined in.

Meanwhile, several supporters of Bezák, who began his career as a priest in the Banská Bystrica diocese, have launched an internet-based petition in which they demand that the KBS and the papal nuncio – i.e. the Vatican’s ambassador – in Slovakia explain exactly why Bezák was dismissed, the SITA newswire reported.

“We require this explanation since this is an abnormal procedure which creates space for various suspicions,” reads the petition text. “Regardless of obedience towards hierarchical rules we cannot hide from the fact that this procedure does not cast a good light on the institution of the church, [and that] it divides and disgusts believers as well as society.”
The authors of the petition voice their support for Bezák personally who, they assert, was able to connect religious tradition to life in the 21st century, and bring a theological soundness with humanity which brought about a revival of faith in the Trnava archdiocese, SITA wrote.

Bezák also drew backing from several prominent politicians and cultural figures in an open letter addressed to Papal Nuncio Mario Giordano. They have called on all Slovak bishops to express their support for Bezák.

According to local news reports, Bezák is likely to go abroad to work as a priest, or return to work in the monasteries in Slovakia, but he cannot remain in the Trnava archdiocese.

Ján Sokol is known by Slovaks as one of the more controversial personalities in the local Roman Catholic Church, especially because his name appeared on the payroll of the communist-era secret police, the ŠtB.

Pope Benedict XVI accepted Sokol’s resignation on April 18, 2009. His departure was interpreted as a procedural issue at the time.

“According to canonical law, every bishop who turns 75 offers his resignation to the Pope; obviously Ján Sokol did so as well and, since the Pope usually accepts these resignations, this decision was expected,” a KBS spokesman said in comments to The Slovak Spectator at the time.

According to documents stored in the Nation's Memory Institute’s archive, Sokol worked as a ŠtB agent. When these records came to light Sokol denied cooperating at first, but later admitted that he had communicated with ŠtB officers. He maintains that he was never a collaborator.

“ŠtB officers forced these meetings on me,” Sokol said. “I found them degrading, but when we met I tried to protect the interests of the church and to distract their attention towards irrelevant issues.”

Sokol publicly praised Tiso, the president of the Slovak wartime state, in an interview on the TA3 TV news channel in December 2006.

“I appreciate him very much because we were affluent then,” he said in the interview. “We lacked nothing during the war. I remember that in my childhood we were very poor, but when he was [president] we really had class.”

He later appeared to retreat from this position, with his spokesman saying that Sokol had not been defending the negative aspects of the wartime Slovak state.