JOZEF Štefanko, a judge working for the Supreme Court’s commercial law department, grabbed the attention of the media and the public in early July by openly discussing allegedly corrupt practices at the court in an interview with the Hospodárske Noviny daily. The accuracy of his statements, which include claims of manipulation of the way cases are allocated to senates – the groups of judges who collectively rule on cases – and the selection of judges for the senates, right up to the actual influencing of verdicts, will now be checked by police as well as by MPs. 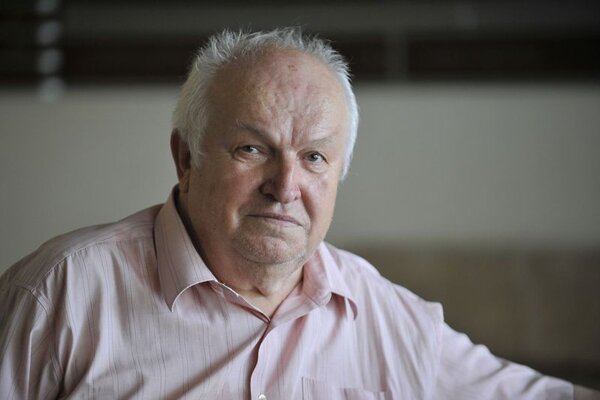 JOZEF Štefanko, a judge working for the Supreme Court’s commercial law department, grabbed the attention of the media and the public in early July by openly discussing allegedly corrupt practices at the court in an interview with the Hospodárske Noviny daily. The accuracy of his statements, which include claims of manipulation of the way cases are allocated to senates – the groups of judges who collectively rule on cases – and the selection of judges for the senates, right up to the actual influencing of verdicts, will now be checked by police as well as by MPs.

The interview with Štefanko was in response to a previous article from the end of June reporting that he receives a salary even though he is not active and has not delivered a single ruling in the past eight months.

The judge explained that he is dissatisfied with the current situation at the court. According to him, financial groups are buying verdicts and influencing the court’s decision-making processes.

“They needed to remove me from decision-making activities,” Štefanko told the daily when asked why there tension existed between him and the court management.

He added that some people, including his boss, head of department Juraj Seman, did not want him to pass the rulings.

“My senate was the best in the whole department, [and] had not been changed for years,” Štefanko said. “They damaged it. Moreover there was, and still is, manipulation of [the allocation of] cases from the side of the head of the department.”

He cited several examples of cases in which he claims somebody from outside the court influenced its final rulings. One of these was a well-publicised trial between Cyprus-registered company Lemikon and Slovakia’s state-run lottery operator Tipos over use of technical know-how. The judge stated that Lemikon was paid compensation of €16 million by the Finance Ministry with what he implied was the improper blessing of the court, Hospodárske Noviny wrote.

The Justice Ministry responded that it has no evidence that Štefanko “backed up these statements with concrete information, or that he provided the responsible authorities with possible proof”, according to an official press release published on the ministry website.

The ministry announced that it had already discussed the case with the Office of the Special Prosecutor, based on which the Office for the Fight Against Corruption police unit would check the statements already made and invite Štefanko to its hearings.

Moreover, the ministry added that all allegations of illegal interference in the allocation of cases to particular judges and illegal changes to the composition of court senates were part of an ongoing disciplinary proceeding against the Supreme Court’s president, Štefan Harabin.

“Štefanko is saying very clearly that it [the situation at the Supreme Court] is like this; he is speaking with certainty, as when a person breathes the air,” said Lucia Žitňanská, former justice minister and now an MP for the Slovak Democratic and Christian Union (SDKÚ), as quoted by the SITA newswire, during a press conference on July 3.

She criticised Harabin, as well as Justice Minister Tomáš Borec, for doing nothing to address the allegations.

According to her, it is important to discuss the situation at the Supreme Court in parliament, so she has sent a letter asking the chair of parliament’s constitutional committee, Smer MP Róbert Madej, to summon a meeting at which deputies can discuss Štefanko’s statements, SITA wrote.

Meanwhile, Harabin announced that he is prepared to allow Štefanko to speak more freely about his work if either the Office for the Fight Against Corruption or the special prosecutor asks him to do so, adding that “all statements by the judge have to be checked to either prove or disprove them”, the TASR newswire reported.

“Every judge, if he or she has evidence of corruption, is required to turn to the police or the Office of the Special Prosecutor,” Harabin said, as quoted by SITA.

He claimed that he could not control what the commercial law department is doing since “it is a department which does not reside in the headquarters of the Supreme Court”, TASR wrote.

Hospodárske Noviny reported at the end of June that even though Štefanko has not passed a single ruling for about eight months, he was still receiving a salary of approximately €3,300 a month.

In the subsequent interview, the judge at first said that he did not want to judge cases since he was dissatisfied with the people sitting in his court senate. Later he added that he was “protesting against illegal practices in the department dealing with commercial law”, according to the daily.

Though Žitňanská claimed that Harabin has done nothing to punish the judge for his inactivity, the Supreme Court president did reportedly dismiss Štefanko from his post as first chair of his senate. This function is important since the first chair has more competences and organises the work of the senate, Hospodárske Noviny wrote.

Harabin also planned to exclude Štefanko from the timetable of the court. However, this proposal prompted criticism from Miroslav Gavalec, a member of the Judicial Council, who said that Štefanko had to be included in the schedule “until his function ceases” (i.e. until he stopped being a judge), the daily reported.

The dispute over Štefanko’s inactivity has since been resolved by President Ivan Gašparovič decision to authorise his retirement. The signature of the president also halted a disciplinary proceeding planned by Harabin, Hospodárske Noviny wrote on July 3.

Štefanko attracted notoriety in July 1999 when he used an axe to break into Justice Ministry-owned accommodation and attacked a ministry employee. A disciplinary proceeding relating to that incident was halted in 2002.