Pension scheme to be changed, again

SLOVKIA’S three-pillar old-age pension scheme has undergone constant change since it was established almost ten years ago. Now it is facing yet another upheaval, one that promises to be relatively significant. On July 1 the so-called tripartite – representatives of the government, trade unions and employers – met to discuss the planned changes. They proved unable to come to a final agreement, but said they would return to the topic later. The cabinet will consider the related legislation on Friday, July 7, in order that draft bills can be submitted to parliament for its July session, the SITA newswire reported. 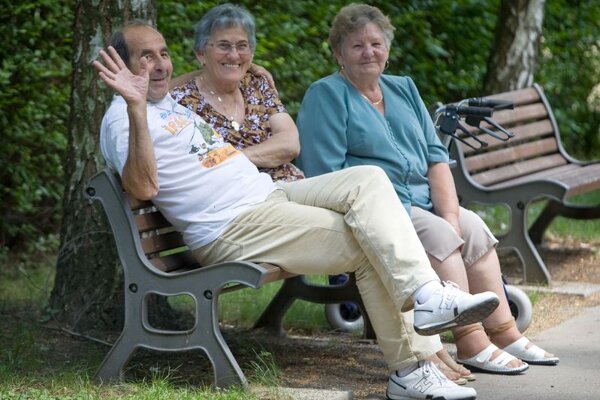 SLOVKIA’S three-pillar old-age pension scheme has undergone constant change since it was established almost ten years ago. Now it is facing yet another upheaval, one that promises to be relatively significant. On July 1 the so-called tripartite – representatives of the government, trade unions and employers – met to discuss the planned changes. They proved unable to come to a final agreement, but said they would return to the topic later. The cabinet will consider the related legislation on Friday, July 7, in order that draft bills can be submitted to parliament for its July session, the SITA newswire reported.

Second pillar contributions to be more than halved

Under the government’s proposals, employees who participate in Slovakia’s second, privately-administered pension pillar will be limited to contributing 4 percent of their salary to the old-age savings plan rather than the current 9 percent. Fees paid to pension-fund administration companies are also expected to be changed.

The government also plans to ‘open’ the second pillar, i.e. enable those who are currently enrolled in it to leave, from October 1 until March 31, and instead become part only of the pay-as-you-go, state-operated first pillar. The cabinet expects 60,000 people to use this opportunity to leaves the second pillar and 10,000 people to simultaneously join it.

Jozef Burian, state secretary – i.e. deputy minister – at the Ministry of Labour, Social Affairs and Family, explained in June that the government planned open the second – also known as the capitalisation – pillar because of a legal analysis indicating that proposed changes are too significant not allow savers the option to leave.

Ivan Štefanec, an MP for the opposition Slovak Democratic Union (SDKÚ), sees the repeated re-opening of the second pillar as further proof that what the Robert Fico-led Smer government really wants is the money already invested by savers.

“The government already opened the second pillar twice during the first term of Robert Fico,” said Štefanec, as quoted by SITA, adding that luckily people realised that it is their money and chose to hang on to it. As a result, he noted, 1.45 million people, with savings totalling €5 billion, have remained in the scheme. He believes that the cabinet merely has its eyes on this money and not the future of the pension system in Slovakia.

Jozef Mihál, the previous labour minister and now an MP for the opposition Freedom and Solidarity (SaS) party, is afraid that in the event of a publicity campaign and the reduction of contributions from 9 percent to 4 percent, the third opening of the second pillar may lead to a significant outflow of savers. He believes that the current cabinet is gradually and systematically destroying the second pillar.

The government’s proposal does permit second-pillar savers to contribute an additional 2 percent from their net income; that amount will then be deducted from their tax base before calculating income tax.

Trade unions object to the proposed reduction in second-pillar contributions: they say it should be reduced further.

“We recommend [reducing the contribution] to 3 percent, not 4 percent; without the possibility of additional contributions,” said Miroslav Gazdík, the president of the Confederation of Trade Unions (KOZ), after the tripartite meeting, as quoted by SITA, adding that the third, voluntary, pillar should be made more attractive.

The Fico cabinet will also reverse the current arrangement whereby those entering the labour market are automatically enrolled in the second pillar (although they have the option to leave it within two years). Instead, young people will merely be given the option of entering the second pillar. Moreover, the current four funds administered by pension-fund administration companies are to be reduced to two compulsory funds, of which one will be guaranteed and the other not. The future of the other two funds would be left to pension-fund management companies to decide.

The SDKÚ has launched a petition against the changes to the second pillar. Its MPs say they will turn to the Constitutional Court if the cabinet continues to pursue the changes. Based on the information available, the SDKÚ claims, the proposed changes are unconstitutional.

According to Ľubomír Kaník, a SDKÚ MP who was closely involved in the establishment of the current system, 40,000 people have already signed the petition, and the SDKÚ’s plan is to collect 100,000 signatures in order to oblige parliament – where Fico’s Smer party holds a comfortable majority – to address it, the TASR newswire wrote. He added that the people they have asked do not agree with the proposed changes to the second pillar because they regard them as interference in their own property.

The cabinet also proposes to introduce what it calls ‘more solidarity’ into the state-run first pillar and make it less dependent on earnings before retirement. This should help people currently earning below the national average wage, which was €786 per month last year. On the other hand, those earning more than 1.25 times the average monthly wage would get a lower pension than they do now.

Another proposed change to the first pillar is that the retirement age would be linked to life expectancy as of 2017. The cabinet also plans to introduce a minimum monthly pension linked to the number of years a person has worked, beginning on January 1, 2014. The cabinet also proposes to make temporary employment agreements, known in Slovak as ‘na dohodu’, subject to payment of payroll taxes. They are currently subject only to accident and guarantee insurance.

The current old-age pension scheme in Slovakia consists of three pillars. The first one is the pay-as-you-go pillar administered by the social security provider, Sociálna Poisťovňa. The second is the capitalisation pillar. Those who are only in the first pillar allocate 18 percent of their gross wages to Sociálna Poisťovňa, although since the first pillar is unfunded their contributions mainly go to pay the pensions of existing claimants. Those who have opted for the second pillar allocate one half of their social insurance contribution to Sociálna Poisťovňa and the second half to one of the pension-fund management companies, which invests their savings and sends them an annual account showing how much their individual account is worth. The third pillar is for voluntary supplementary contributions. While these brought some tax advantages in the past, such benefits no longer apply.