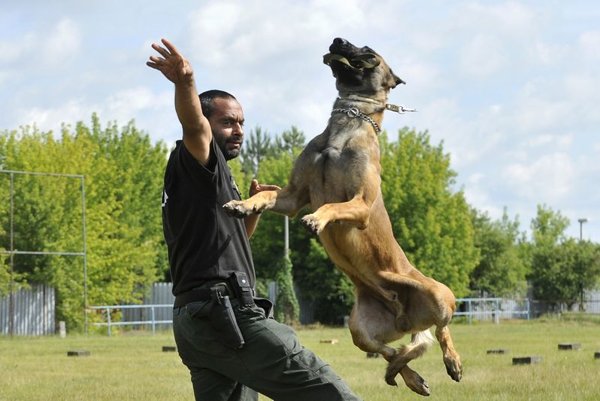 “The goal of this championship is to compare the level of training and discipline of police dogs in sniffing out drugs, explosives and explosive systems,” Denisa Baloghová, spokesperson of the Police Presidium, told the TASR newswire. Each year, the championship gives awards to the best dog handlers from Slovakia’s Border and Alien Police unit as well as to regional police corps.

The police dogs compete in several disciplines such as detection of drugs and explosives and obedience, Baloghová told the SITA newswire. Trnava Region captured the title in the regional competition followed by Banská Bystrica Region and Žilina Region.

Vladimír Kraviar from Bratislava and his dog Hektor won in individual category in detecting drugs and psychotropic substances while Szabolcs Dorák from Trnava and his dog Felis were the best in finding explosives.

German shepherds are used most frequently for searching out drugs and explosives, Branislav Diďák, the deputy head of the Police Presidium’s canine department, told SITA while adding that breeds such as Belgian shepherd and Labrador are popular as well.