The internet economy grows in Slovakia

THE INTERNET economy, business conducted via transactions on the internet, makes up a significant portion of Slovakia’s economy and has strong prospects for future growth. If the country manages to improve its weak points, like a low number of households with broad-band internet connections, limited business-to-business online transactions, poor quality services in e-commerce services, and underdeveloped online government services, experts believe that there could be significant larger growth in the future. 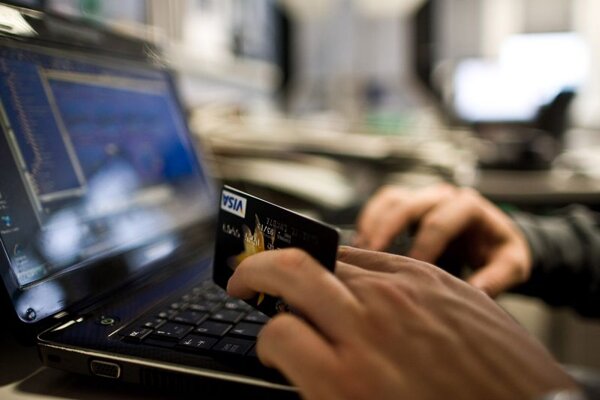 THE INTERNET economy, business conducted via transactions on the internet, makes up a significant portion of Slovakia’s economy and has strong prospects for future growth. If the country manages to improve its weak points, like a low number of households with broad-band internet connections, limited business-to-business online transactions, poor quality services in e-commerce services, and underdeveloped online government services, experts believe that there could be significant larger growth in the future.

The so-called internet economy, in which consumers and sellers use the internet to carry out economic transactions, has a direct impact on a country’s economy. Google Slovensko estimates that the internet economy currently accounts for about 3.3 percent of Slovakia’s gross domestic product (GDP).

“This figure is at the moment larger than the impact of the telecommunications or banking sector on GDP,” Rasťo Kulich, country manager of Google Slovensko said at a press conference marking the first year of the Google’s Slovak office operations here. “This means that it is already a significant part of the economy and Slovakia belongs among countries where this figure is considerable. But still, compared with 4.1 percent on average in the European Union and 4.5 percent in the Czech Republic, Slovakia has space to catch up.”

The results of the study published in June 2012, which Google Slovensko conducted with the Boston Consulting Group, is entitled Slovakia Online: How the Internet is Transforming the Slovak Economy and the state secretary (i.e. deputy minister) of the Finance Ministry, Peter Pellegrini, said there were surprises in it.

“I was surprised by the percentage and the impact of the internet economy and its growth potential,” stated Pellegrini, as cited by the SITA newswire. He said that he expected that with further development of technology as well as the greater use of EU funds, Slovakia could rank among the EU countries with the strongest internet economies.

Róbert Kičina, the executive director of the Business Alliance of Slovakia (PAS), hopes that the internet economy in Slovakia will continue to improve.

“For now Slovakia is lagging behind more developed markets but with quality telecommunications infrastructure and growing competition between companies within Slovakia as well as from international competition, I expect intensive development of the internet economy in Slovakia,” Kičina told The Slovak Spectator.

Kulich expects that the internet economy could grow to 4.5 percent of GDP by 2016 but if Slovakia improves its weak points, the level could be even higher.

Another study by the Boston Consulting Group focused on the internet economy in G20 countries and examined the current strength and prospects for this part of the economy. It estimated that the internet economy will reach $4.2 trillion in the G20 economies by 2016, an increase from the current level of $2.5 trillion while the number of internet users is expected to jump from 1.9 billion to 3 billion.

The number of companies selling their goods and services online in Slovakia almost doubled during 2011 and the increase was greatest among small and medium-sized enterprises (SMEs), Google Slovensko wrote, citing data from Eurostat, the EU statistics office. During the same time the turnover of SMEs, including business-to-business sales, grew as much as seven times.

“Our young people do not have any problems and in each family there is a young man or woman who is able to give advice as well to the middle-aged generation,” Viola Kromerová, SŽZ general secretary, told The Slovak Spectator. “The government deserves more criticism because it has been pursuing only huge knowledge projects or projects based on innovations. But Slovakia is still not fully covered with the internet and problems with compatibility often occur as well.”

While Slovakia has the basic preconditions for development of its internet economy, Kulich pointed out that the country also has contrasts in the use of the internet, listing four main areas.

The penetration of broadband internet in Slovakia among households is one of the lowest in Europe despite quality internet infrastructure and sufficient capacity. The corporate sector also lags behind while mobile broadband has not started up to a significant extent. The second contrast is that even though Slovaks are motivated to purchase online products by lower prices and better supplies, only one-half of internet users currently shop online. The number of online shoppers increased by 12 percent over last year but they still account for only 50 percent of internet users. Google Slovensko believes that a higher quality of e-commerce services would generate more online shoppers.

Another paradox is that while companies realise the importance of using the internet in contacts with their customers and use this method to sell their products they do not use the internet to a sufficient extent in other kinds of business-to-business transactions.

Kičina pointed out that Slovak entrepreneurs are ranked number 31 in using the internet for business purposes out of 141 countries surveyed across the world by the World Economic Forum.

“I regard this as a very decent position,” stated Kičina. “But simultaneously this means that there are another 30 countries in which the internet is used more intensively.”

Google representatives also noted the contrasts between online activities of businesses and their customers but focused particularly on the unfavourable situation in online services offered by various levels of government to both citizens and businesses.

Radovan Ďurana of the INESS economic think tank told The Slovak Spectator that he thinks the biggest deficiency in utilising the opportunities presented by the internet is in public administration “which constantly burdens businesspeople and citizens with useless bureaucracy”.