ĽUBOŠ Lopatka, the highest ranking official appointed under the government of Iveta Radičová to survive the large-scale public administration reshuffle that took place after the change of government earlier this year, has decided to quit his job as the head of Slovakia's social insurance provider, Sociálna Poisťovňa (SP). Lopatka submitted his resignation after learning that Labour Minister Ján Richter planned to reappoint some of the local SP branch heads whom he had sacked after taking over at the social insurer in 2010. 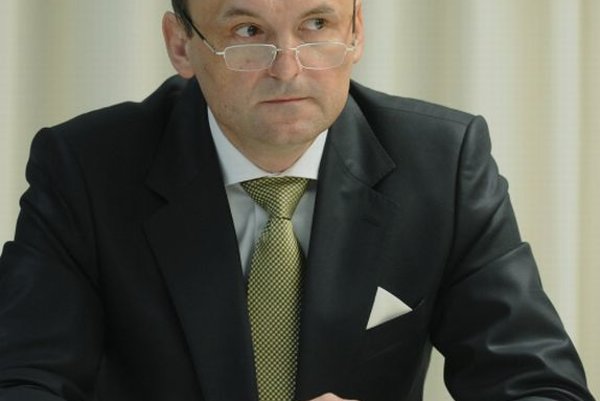 ĽUBOŠ Lopatka, the highest ranking official appointed under the government of Iveta Radičová to survive the large-scale public administration reshuffle that took place after the change of government earlier this year, has decided to quit his job as the head of Slovakia's social insurance provider, Sociálna Poisťovňa (SP). Lopatka submitted his resignation after learning that Labour Minister Ján Richter planned to reappoint some of the local SP branch heads whom he had sacked after taking over at the social insurer in 2010.

“My relations with Minister Richter are correct, but we still have a different opinion on personnel policies,” Lopatka said on July 6, as quoted in the local media, when asked why he was resigning.

Richter said that it was natural that Lopatka, after taking over at SP, had sacked some of the branch heads, but added that now “there is an interest that they return to their positions”.

He did not elaborate on what – or whose – ‘interest’ he was referring to; nor was it clear who had instructed the SP director to make the appointments or on what authority. Richter continued that he understood that Lopatka might be uncomfortable appointing people he had sacked in the past, the SITA newswire reported.

Richter’s predecessor, Jozef Mihál, who is now an MP for the opposition Freedom and Solidarity (SaS) party, said he had believed that it would just be a matter of time before Lopatka came into conflict with the new management of the Labour Ministry, suggesting that Lopatka decided to resign “rather than conform to political pressure”, the TASR newswire reported.

Lopatka said he made his decision voluntarily and after thorough consideration. The outgoing manager, who had previously worked as regional manager for central Europe at the Metsa Tissue company, was appointed director of SP in September 2010 after the government of Iveta Radičová sacked his predecessor, Smer MP Dušan Muňko, for what it called non-transparent handling of state funds and signing contracts disadvantageous to the state.

His successor was yet to be announced as this edition of The Slovak Spectator went to print, but there was speculation in the local media that the job would again go to Muňko.

When commenting on Lopatka’s resignation, Richter said on July 6 that the previous government’s 2010 recall of Muňko was unlawful, referring to a Constitutional Court decision in early July that had overturned that decision.

“If the decision of the government was scrapped then common sense suggests that he should return to his post,” Richter said, as quoted by the TASR newswire.

In 2010, the media department at the Ministry of Labour, which oversees SP, told The Slovak Spectator that Muňko was recalled over controversial deals with IT firm Datalan, his failure to inform SP’s supervisory board about the deals, and related suspicions of corruption.

Muňko argued that the real reason for his sacking was his affiliation with Smer party. He was elected as a Smer MP in the 2010 election. Smer regained power in the general election held in March this year.

Muňko’s previously worked as chief executive of Satur, the country’s largest travel agency. He was later appointed as state secretary to the Environment Ministry, where he faced protests from environmentalists and NGOs. They claimed that he had been an agent of the communist-era secret police, the ŠtB, and had faced serious allegations over illegal breeding of endangered species of exotic parrots. Muňko has denied cooperating with the ŠtB.

Lopatka had planned to stay

In early May, Lopatka said he wished to stay in his post though he could not say “what will happen in a half year, one year, in two or three years – but for the moment no changes are planned”, according to SITA.

At that time Lopatka also assessed his communication with Richter as “correct”, suggesting that he did not sense that any politics was involved and that he would try to do his job, adding that SP and politics were incompatible.

Mihál praised Lopatka’s accomplishments in balancing the institution’s accounts, increasing its income and cutting the number of complaints.

Lopatka made headlines earlier this year after Mihál proposed paying him a bonus worth €55,000, arguing that no previous SP head had achieved so much. Lopatka’s monthly salary then stood at €4,600, so the proposed bonus was 12 times his monthly salary. Then-prime minister Radičová said the amount proposed by Mihál seemed inappropriate and the cabinet did not ultimately discuss the proposal, SITA reported.

Between January and May 2012, SP reported revenue of €2.685 billion, 41.15 percent of its annual projected revenue, said Lopatka on June 19, adding that SP had received €741.7 million from the state during the period, TASR wrote. He reported that expenditure was €2.657 billion, or 40.89 percent of the adjusted budget, and “I hereby state that Sociálna Poisťovňa achieved a fragile surplus of €27.5 million in the first five months of the year”, TASR wrote.

He said the amount of insurance and pension contributions collected in the first five months of this year was €87.81 million higher than in the same period of 2011.