BEING A FOREIGNER living among Slovaks is sometimes not an easy undertaking but often it can be slightly easier than being a citizen of Slovakia who is a member of a traditional ethnic minority, according to a recent research report that also noted that generally immigrants are welcome in Slovakia if they adjust to the Slovak lifestyle and keep their culture and customs within their homes rather than in public areas. 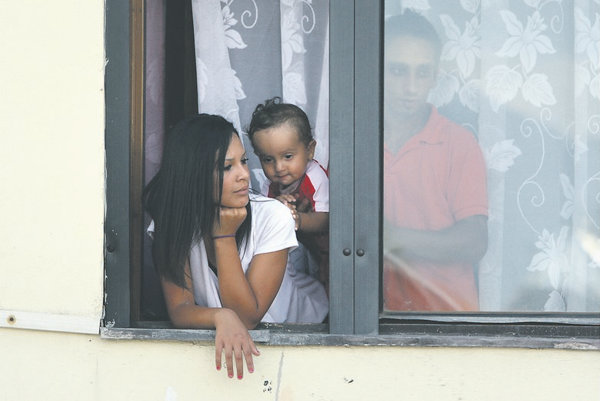 BEING A FOREIGNER living among Slovaks is sometimes not an easy undertaking but often it can be slightly easier than being a citizen of Slovakia who is a member of a traditional ethnic minority, according to a recent research report that also noted that generally immigrants are welcome in Slovakia if they adjust to the Slovak lifestyle and keep their culture and customs within their homes rather than in public areas.

The social distance that Slovaks keep vis-a-vis national minorities and foreigners is about the same, according to a research project called Public Opinion on Rightist Extremism authored by sociologists Elena Gallová Kriglerová and Jana Kadlečíková from the Centre for the Research of Ethnicity and Culture supported as well by the Open Society Foundation. The report is based on a survey conducted by the Focus polling agency in January 2011 on a sample of 1,005 respondents and the qualitative part of the research was completed by the two sociologists in June 2011.

“Foreigners and ethnic minorities are relatively well-received at the general level,” the authors wrote in the report. “Nevertheless, a closer look at public attitudes shows that they [Slovaks] are saturated with prejudices, stereotypes and concerns caused by a lack of information about minorities and foreigners.”

Public opinion about Roma who are Slovak citizens is particularly unfavourable, according to the report.

“Regarding Roma, Slovak respondents strongly support restrictive policies that might deny fundamental equality of rights to this minority and be openly discriminatory,” the authors wrote, adding that the respondents who supported limitations on the reproductive rights of Roma citizens also disapproved of Roma children attending the same school classes as Slovak children.

The survey found that respondents’ attitudes were quite negative toward Muslims living in Slovakia. Almost 70 percent of the respondents said they somewhat or altogether disapprove of the Slovak state allowing Muslims to practice their religion, the authors wrote. In addition, 50.5 percent of the respondents said the state should prohibit the construction of Islamic religious and cultural centres in Slovakia, according to the report.

The researchers wrote that Slovaks do not generally support right-wing extremist movements but at the same time there is a high level of support for some far-right ideology within the general public, particularly in relation to the Roma minority.

Rejecting far-right extremist movements and simultaneously supporting some of their ideas are not mutually exclusive according to Kadlečíková, who wrote that that only a small number of Slovaks accept the ideological basis of right-wing extremism and are willing to openly declare support for extremist movements, while adding that there is a segment of the population that sympathises with several extremist ideas but that under normal circumstances rejects the extremists’ ideology.

“At the same time, this part of the population shows a higher risk that in a life-threatening
situation, for instance if they are threatened or if an ethnic conflict develops, many of these people in the ‘average’ population could openly support rightist extremist groupings or political parties with such leanings,” Kadlečíková told The Slovak Spectator.

“In private [the respondents] are not that sensitive towards this problem, maybe due to the fact that the ideas of rightist extremism and the activities of rightist extremists are not directed personally against them,” Kadlečíková told The Slovak Spectator.
‘A country of Slovaks’

The researchers wrote that Slovaks tend to perceive Slovakia in an ethnocentric way: that the country is for Slovaks.

Nearly 68 percent of the respondents shared this perception, the authors wrote, noting that while cultural diversity is generally viewed positively, groups from different cultures or nationalities are expected to adjust to the customs and culture of the Slovak majority and not strengthen their own cultural identity.

Kadlečíková told The Slovak Spectator that this perception is based mainly on Slovakia being predominantly an ethnically-defined country, inhabited primarily by ethnic Slovaks while adding that certain institutions, including the Slovak Constitution, reinforce this notion as its preamble states “we, the Slovak nation” and excludes others who do not see themselves as defined in this way.
Ethnocentrism is also fostered in schools, Kadlečíková stated, because students do not generally learn about the history of ethnic minorities living in Slovakia and the ethnic and cultural diversity of the country is not emphasised.

“Another problem is the interpretation of Slovak history as a suppressed nation that must fight for its position,” she added.

Kadlečíková said that the younger generation of Slovaks seem to be slightly more open towards cultural diversity than their parents and grandparents but added that research conducted in 2008 found that 49 percent of young people aged 14 and 15 said that “Slovakia is a country of Slovaks and that is how it should remain”.