More than just Kia and Samsung

WHILE Kia and Samsung are the most well-known Korean-based firms with investments in Slovakia, these two firms have drawn many additional subcontractors that are part of manufacturing hubs in the automotive and electronic industries. More than 80 companies with Korean investment are currently operating in Slovakia, employing about 30,000 people. The Republic of Korea is one of Slovakia’s most important non-European economic partners. 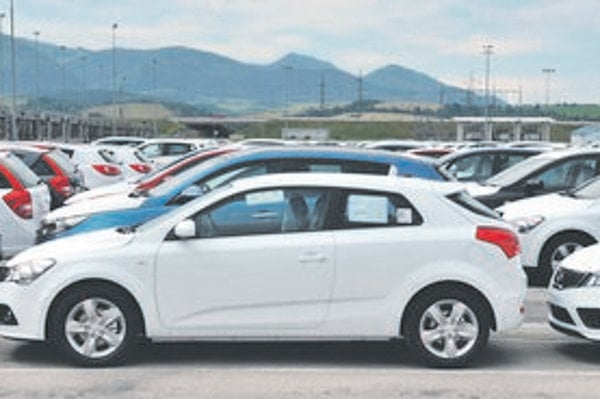 WHILE Kia and Samsung are the most well-known Korean-based firms with investments in Slovakia, these two firms have drawn many additional subcontractors that are part of manufacturing hubs in the automotive and electronic industries. More than 80 companies with Korean investment are currently operating in Slovakia, employing about 30,000 people. The Republic of Korea is one of Slovakia’s most important non-European economic partners.

June-byoung Park, the First Secretary at the Embassy of the Republic of Korea in Bratislava, told The Slovak Spectator that despite the large imbalance in exports and imports, most of Korea’s exports to Slovakia are vehicle parts and components of various kinds of display panels which are assembled into final products such as automobiles and television sets in Slovakia. The majority of these products are then exported from Slovakia to western Europe and countries such as Russia.
“Our embassy hopes that in 2012 the total amount of trade between the two countries will go over $5 billion,” Park told The Slovak Spectator.

Slovakia’s Economy Ministry sees the Free Trade Agreement (FTA) between the Republic of Korea and the European Union, which became effective on July 1 last year, as a significant factor in increasing Slovakia’s exports and joint trade.

“We believe the agreement will be another impulse for extension of trade and for Korean investments,” Dušan Novotný from the international trade department at the Slovak Economy Ministry told The Slovak Spectator, adding that experience based on free trade agreements signed between the EU and other countries indicate that such an FTA can boost trade by 10 to 15 percent.

Korean investors remain interested in Slovakia but the attraction is not as strong as it was in past years.

“Korean companies choose Slovakia as an investment destination especially because of the country’s strategic geographic location, because their customers operate in this region,” Ľubomíra Gabrielová, head of the marketing department at the Slovak Investment and Trade Development Agency (SARIO), told The Slovak Spectator. “The large number of established Korean investors is also a lure and is proof that Slovakia is a suitable destination. On the other hand, several projects are currently on hold waiting to see how the situation develops with the euro.”

Gabrielová said Korean investors are particularly interested in traditional economic sectors in Slovakia, with most current projects in the automotive and electro-technical industries.

Novotný said Korean investors take into consideration factors such as the quality of infrastructure and the availability of qualified labour, and are also considering opportunities for cooperation with universities and scientific and research institutions, adding that the quality of the business environment, its transparency and maintenance of the rule of law are important considerations for Korean investors.

Park said there are differences between the business environments in Korea and Slovakia and that Slovakia’s special efforts to attract foreign direct investments offer firms here a more business-friendly environment in the area of government incentives and taxes than in Korea.

“However, Slovakia has stricter rules when it comes to labour issues, meaning that protection given to employees is wider than for employees working in Korea,” Park told The Slovak Spectator .
“Another difference is labour costs, which are much higher in Korea ... However, both countries
have more similarities than differences because both economies are export-driven.”

SARIO continues to present Slovakia as a suitable destination for Korean investments and during the second half of 2011 its representatives accompanied Korean Ambassador Seok Soong Seo when he visited Košice and Prešov Regions. Part of that programme included meetings with representatives of regional and local governments and universities as well as existing industrial parks and other properties in eastern Slovakia. SARIO is considering organising an investment seminar in Korea next year, while maintaining its close ties with the embassy in Bratislava.

Preliminary statistics from the National Bank of Slovakia indicate that direct investment from the Republic of Korea in Slovakia amounted to a total of about €1.5 billion to the end of 2011.
However, a few Korean investors have left Slovakia; the Hansol company terminated production of backlights and LCM panels at its plant in Voderady, near Trnava, and laid off more than 1,400 employees last year.

Between 2002 and 2011 SARIO helped 42 Korean companies to establish facilities in Slovakia. The investment projects had an aggregate value of €1.7 billion and created between 17,000 and 20,000 jobs. Currently SARIO is working on six investment projects with firms in the Republic of Korea with a potential investment of €70 million and the possibility of creating about 900 jobs.