Korean residents are not 'strangers'

HE KOREAN community living in Slovakia is quite numerous and regularly makes its presence felt as the Korean embassy organises a host of events each year to unite the community and arouse the interest and curiosity of Slovaks, and to forge new friendships. 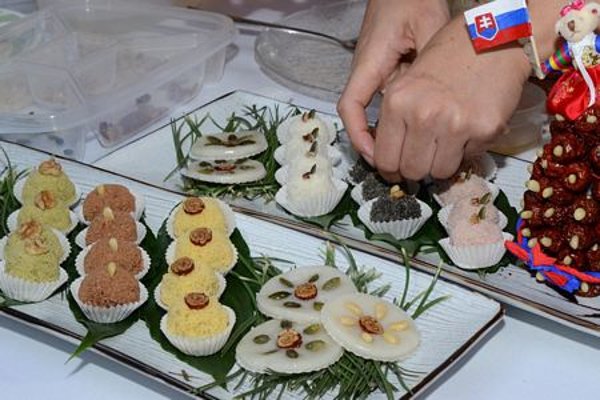 HE KOREAN community living in Slovakia is quite numerous and regularly makes its presence felt as the Korean embassy organises a host of events each year to unite the community and arouse the interest and curiosity of Slovaks, and to forge new friendships.

“The basis of the Slovak-Korean relationship is that we are not here as guests or as strangers living here just for a few years,” Seok Soong Seo, Korea’s ambassador to Slovakia told The Slovak Spectator. “No, we definitely will be here; we will work here. We don’t want to move elsewhere.”

Staff from the embassy responsible for cultural affairs said that “language and food are the best means for cultural exchange” and the schedule of events supported by the embassy backs those words: there is a Korean food contest, a Korean pop song and dance competition, a competition in speaking Korean and a regular language exchange at the Language Café each first Wednesday of the month.

The pop song and dance competition encourages people to learn a short performance and sing in Korean or dance to its national music. The language competition involves participants telling stories and reciting poetry or prose in Korean while a five-member jury of Korean teachers and language experts evaluate the grammar and style as well as the presentation, pronunciation, emotional expression and responses to questions from the audience.

Another special contest organised by the Korean Foreign Ministry and the Arirang television station offers participants the chance to shoot a 3-minute video titled “Why I Love Korea -> I Love Korea, Because…” that is placed on a website with a link to the cultural section of Korea’s Foreign Affairs Ministry. The winner receives a prize and is also invited to travel to Korea.

The embassy is very involved in teaching the Korean language, with courses for employees, acquaintances and families of Korean-owned companies in Slovakia, as well as free online study. The embassy also offers a scholarship for a master’s degree or post-graduate study in Korea and recently helped develop a study course at Comenius University in Bratislava that can lead to a bachelor’s or Master’s degree in Korean language.

Asian food is enjoying popularity and favour with the Slovak public and the 2012 Korean food contest will involve a competition between more than 20 Slovak hotel academies from across the country. The food they prepare will be judged for quality by a Korean jury on September 14.

Korean members of the International Women’s Club Bratislava (IWCB) have also participated in the club’s annual Christmas Bazaar. The IWCB is a non-profit, non-political and non-religious organisation of women from across the world from the diplomatic and business community living in Slovakia. Participants from each country bring traditional foods as well as symbolic products and souvenirs that are sold in kiosks with the proceeds being used to help those in need in Slovakia.

On September 22 last year Koreans and Slovaks celebrated two events simultaneously: the 18th year of the start of diplomatic relations between Slovakia and Korea and National Day in Korea, a public holiday. The celebration included a symbolic Korean wedding, a contest in cooking Korean food and a ceremonial wedding reception.

The programme ended with a talent show called My Stage in which both Slovak and Korean competitors presented their skills in singing and dancing, while elements of Korean culture such as a taekwondo, a martial art, and the traditional dress known as hanbok were presented to the audience.