ALTHOUGH the respective cultures of Slovakia and Japan might seem worlds apart, there are some similarities in the character, temperament and habits of the two peoples, according to Akira Takamatsu, Japan’s ambassador to Slovakia. He says that both Slovaks and Japanese tend to talk less, work more instead, and that both nations love classical music. But to share culture and understand each other better, direct contacts are best, Takamatsu opined. Even the language barrier, however insuperable an obstacle it might seem, can be overcome – if necessary via the use of English. 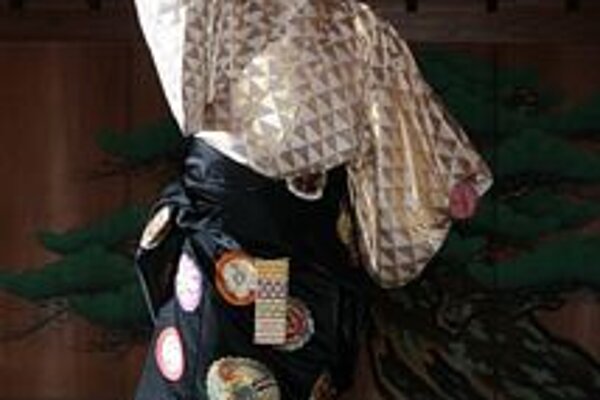 ALTHOUGH the respective cultures of Slovakia and Japan might seem worlds apart, there are some similarities in the character, temperament and habits of the two peoples, according to Akira Takamatsu, Japan’s ambassador to Slovakia. He says that both Slovaks and Japanese tend to talk less, work more instead, and that both nations love classical music. But to share culture and understand each other better, direct contacts are best, Takamatsu opined. Even the language barrier, however insuperable an obstacle it might seem, can be overcome – if necessary via the use of English.

Marián Jakubis of the Asia Info Centre, a non-profit civic association, told The Slovak Spectator that it is mostly youngsters who accept Japanese culture, as well as people who enjoy manga, anime, or pop culture. (By comparison, he commented that Korean culture is appreciated by young people who like K-Pop and Korean drama, i.e. mostly girls; while Chinese culture, considered the cradle of East-Asian culture, is enjoyed by the older generation and also by business-oriented people.)

There are a regular series of cultural and social events involving Japanese culture, and their number even seems to be growing. They include new – at least for Slovaks – spheres and crowd-pullers like sushi workshops, traditional flower-arranging – or ikebana – workshops, bonsai workshops, tea-ceremony workshops, and also sessions devoted to traditional Japanese games and skills like origami, shogi (also known as Japanese chess), go (a strategy board game popular in East Asia) and even shamisen, a traditional Japanese instrument. Dance students, both professionals and amateurs, were able to learn the special Japanese dance butoh, which is more about freedom and expression than about strict rules and definitions or choreographies.

Demonstrations in Slovakia of skills typical for the distant island country have included ice-cutting and playing traditional taiko, or wadaiko, drums. Exhibitions can also be a good way to get an impression of Japan. Apart from photography exhibitions – a recent one depicted the tsunami-stricken Tohoku region and the renewal of areas devastated by the earthquake, tsunami and consequent nuclear accident last year – an exhibition of traditional Japanese crafts and their modern use by contemporary artists took place in the Slovak National Museum earlier this year.

Japanese culture comprises not only historical traditions and crafts, but also the most modern phenomena. MangaFest 2012, the second year of this international festival, presented manga comics, artwork, discussions, lectures, computer games, anime, workshops, competitions, meetings, a tea party and more at the Kulb Za Zrkadlom in the Petržalka borough of Bratislava in June. And the Anime Show Festival 2012 saw screenings, presentations, discussions, workshops, karaoke, cosplay, drawing competitions and other interesting events over three days in March. Modern Japanese art and culture were also represented in Bratislava concerts by multi-instrumentalist Shugo Tokumaru, at the KC Dunaj cultural centre, and by Raphael Sebbag, one of the three members of the Tokyo band UFO, at the Nu Spirit Club.

“The Japanese Embassy has been organising various cultural events throughout the year which include traditional culture such as ikebana and tea ceremony as well as modern culture such as anime and manga comics,” Ikuko Fujii from the Japanese Embassy told The Slovak Spectator. “Japan is a country of unique tradition and also high technology. Considering the balance of these old and new elements of Japanese culture, we plan to expand our cultural activities in an even more attractive manner.”

A special challenge for lovers of Japanese culture promises to be the Japan-EU English Haiku Contest 2012. Contestants can send haiku poems in English not previously published and focused on the set theme – this time on “dawn”, signifying the beginning of a new partnership in Japan-EU relationship. Haiku is a very short form of Japanese poetry typically characterised by “cutting” (kiru); and kigo (seasonal reference), usually drawn from a saijiki, an extensive but defined list of words; and consisting of 17 on (or sounds, also known as morae), in three phrases of five, seven and five.

Japanese cultural events are spread throughout the whole year, but the embassy organises a condensed Japan Week each summer. In 2011, the week took place at the end of July and comprised a taiko drumming concert, ice-cutting in front of the embassy building, a cooking workshop, a photo-exhibition about the city of Kyoto, and much more. This year, the week will take place between August 20 and 24 and will offer demonstrations of kimono dress, ikebana, traditional Noh theatre - the most traditional and authentic Japanese performing art - and other events including a Japan-Slovak Friendship concert.

Before then, the embassy has prepared a workshop about Noh theatre with members of the Yamamoto Noh-gakudo theatre group from Osaka on July 30 in Nitra Synagogue, and a Japanese Evening with the same group in the Ružinov House of Culture in Bratislava on July 31. The Bratislava event will offer a Noh workshop too, a sushi preparation demonstration, and also an exhibition of photographs of UNESCO World Heritage sites in Japan by Kazuyoshi Miyoshi from the collections of the Japan Foundation.

Slovak culture is, apart from genuine folklore, probably most prominently represented in Japan in the form of classical music and its performers. In June and July 2012, the Slovak Philharmonic (SF) made its eleventh tour of Japan – playing nine concerts in seven cities. The SF has been visiting Japan since 1980, and since 2003 its permanent guest-performing conductor has been Leoš Svárovský. Among the highlights of the most recent tour were the SF’s two concerts in Tokyo’s legendary Suntory Hall – on June 27 conducted by Japanese Keiko Mitsuhashi and on June 28 conducted by Svárovský. Keiko Mitsuhashi also conducted two SF concerts, on May 23 and 24, in the Reduta in Bratislava.

“In presenting our culture and organising events, we cooperate closely with many Slovak cultural and educational institutions,” Fujii said. “We are trying to have plentiful relationships, not only with official people, but also with various partners, friends of the Embassy of Japan; and we strive for feedback. Feedback also helps us when we plan future events, so the Slovak public is encouraged to fill in a questionnaire, or contact us through our Facebook site or e-mail us after any event.”