THE OPENING of a distillery exposition called Nestville Park in the municipality of Hniezdne included an appearance by action-movie star Jean-Claude Van Damme. 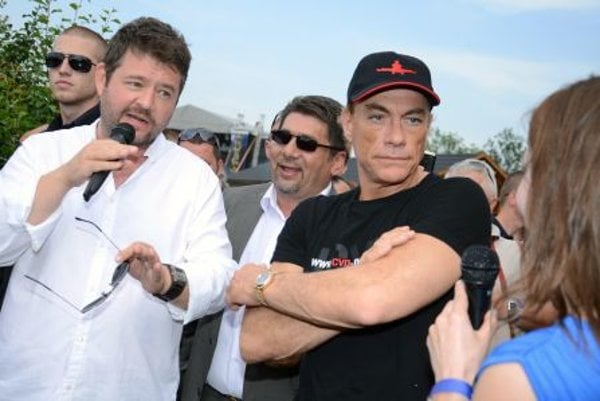 THE OPENING of a distillery exposition called Nestville Park in the municipality of Hniezdne included an appearance by action-movie star Jean-Claude Van Damme.

It was recently announced that a castle near Hniezdne is the oldest known distillery in Slovakia so promoters came up with the idea of creating a permanent distillery exposition to attract tourists. The exposition officially opened on June 30 with Van Damme, who travelled from Hong Kong where he had been shooting a movie, as its main attraction.

Van Damme told the Korzár daily that before this appearance he did not know much about Slovakia and needed to find it on a map. Nonetheless, he made a big impression on the crowds attending the opening.

Van Damme visited the distillery and the crafts’ exposition and also watched a karate exhibition by young people. Van Damme found acting fame based on his skills in martial arts.

When Van Damme addressed the crowd for a few minutes it caused a near riot as the iron barriers separating van Damme from the crowd were jostled and one man managed to hug the actor before security guards intervened.