MORE than two weeks after the dismissal of Róbert Bezák from the post of archbishop of Trnava, a move by the Vatican which prompted unprecedented public protests in Slovakia, the public has still not been told why Bezák, one of the country’s most popular bishops, had to go. 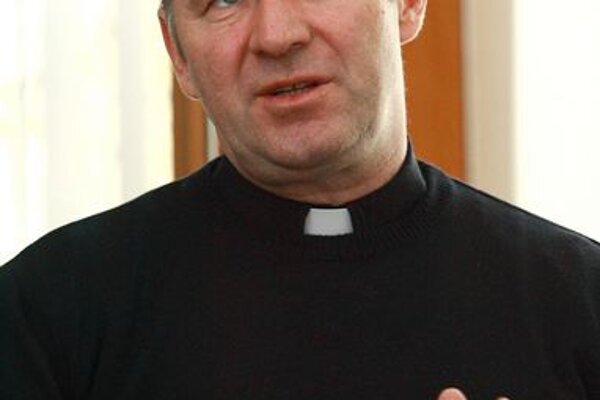 MORE than two weeks after the dismissal of Róbert Bezák from the post of archbishop of Trnava, a move by the Vatican which prompted unprecedented public protests in Slovakia, the public has still not been told why Bezák, one of the country’s most popular bishops, had to go.

Though Slovakia’s Catholic bishops are aware of statements suggesting that the recent dismissal might harm the church, they believe that this effect can be evaluated only retrospectively, said the chair of the Conference of Slovak Bishops (KBS), Archbishop Stanislav Zvolenský, after a meeting in the resort town of Donovaly in central Slovakia.

“At the moment we also realise that we clearly see this purifies the church as well,” he said, as quoted by the SITA newswire, without giving any further explanation.

He added that it is good when people like a priest or bishop, but that several of the public reactions to Bezák’s dismissal were based on incorrect information.

It seems that neither the Vatican nor top representatives of the church in Slovakia had anticipated the scale of the reaction the Pope’s decision to recall Bezák, which he issued via a terse one-line statement. Hundreds of people came to Bratislava’s Main Square on July 10 to express their support for Bezák and attend a concert organised on behalf of the recalled archbishop.

Bezák was officially removed as archbishop at 12:00 on Monday, July 2, upon publication of an announcement in L’Osservatore Romano, the official daily newspaper of the Vatican. The Conference of Slovak Bishops (KBS) followed with a short statement: “Based on an apostolic visitation which took place between January 22 and February 1, 2012, the Holy Father recalled Róbert Bezák from pastoral management of the Trnava Archdiocese. We accept the decision of the Holy Father in the spirit of faith and filial obedience and we are asking for blessings for the church in Slovakia.”

Both the Vatican and the Slovak bishops refused to explain the reasons for the decision; Bezák was forbidden from discussing the issue.

Since then, Slovak TV news channel TA3 has published what it says are copies of correspondence between Bezák and the Vatican that preceded his recall. TA3 published the correspondence on its website on July 14, the TASR newswire reported.

Among 11 questions levelled at Bezák by representatives of the Catholic Church, according to the documents, pertain to what the document called his selection of priests with dubious backgrounds as his close associates, and alleged mockery of the cassock as a piece of clothing worn by sorcerers, plus his own decision to dress occasionally in jeans or sweatpants.

Bezák responded that he did not understand the question, which asked him about allegedly visiting “gyms, public showers and saunas with people of disputable pasts” and that he did not want to acknowledge the humiliating tone in it, adding that he did not know anything about “people with a dubious reputation” with whom he may have gone somewhere.

“I do not know what a public shower is, I do not have time for swimming pools and I do not care for saunas,” Bezák wrote in the correspondence, according to TA3.

Another accusation, according to the documents published by TA3, related to what the Vatican claimed were his disrespectful statements about the Pope and other priests, or references to himself as a “modern bishop and enlightened liberal”, TASR wrote.

The church representatives were also interested in Bezák’s closest co-workers, including Anna Húšťavová, an economist and former president of the Slovak branch of insurer ING Life, and asked about her monthly salary.

Bezák reportedly rejected all of the accusations in his responses to the Vatican.

The Slovak bishops have refused to comment on the alleged correspondence between Bezák and the Vatican published by TA3.

Zvolenský added that during an apostolic visitation, based on which the Vatican sacked Bezák as archbishop, representatives of the Vatican heard from many people, including bishops, who had to promise not to talk about their conversations, SITA wrote.

KBS spokesperson Ján Kováčik said he would not comment on “the internal, partial correspondence between Monsignor Bezák and the relevant congregation, though it could prove to be authentic”, the Sme daily reported.

Vatican spokesperson Federico Lombardi told the daily he had nothing to add to the statements which had already been published.

Social networking websites and the media in Slovakia have since witnessed heated discussion about Bezák’s recall, with many observers asserting that the recall could harm the image of the Roman Catholic Church in Slovakia unless some acceptable explanation for its action is provided.

On July 9, the KBS announced that Bezák had violated the secrecy requested by the Pope by announcing his dismissal during a mass he led on July 1.

“The Holy See expresses deep regret over the fact that Monsignor Bezák speeded up the release of this information and thus violated papal secrecy,” the office wrote, adding that after the January visitation to the Trnava archdiocese Bezák had been briefed about the most important points pertaining to him and his pastoral activities.

On July 9 Bezák refused to comment further so as not to violate church rules. However, he earlier said that he did not know why he had been dismissed.

On July 1 Bezák said that although all the letters he had received from the Vatican referred to “serious accusations”, none were actually specified. He also stated that he believed that one reason for his removal may have been his criticism of his predecessor, Archbishop Ján Sokol, the Sme daily wrote.

The Vatican stated that Bezák’s recall was fuelled by numerous complaints from church members, but did not elaborate.