A BLUEPRINT which gives an idea of the changes the government of Robert Fico intends to introduce to the country’s Labour Code has already hit a raw nerve with chambers of commerce representing the interests of approximately 500 companies that employ about 80,000 people in Slovakia. The blueprint suggest that the ruling Smer party intends, among other things, to make layoffs more expensive for employees, limit overtime work and change the rules for temporary work contracts. 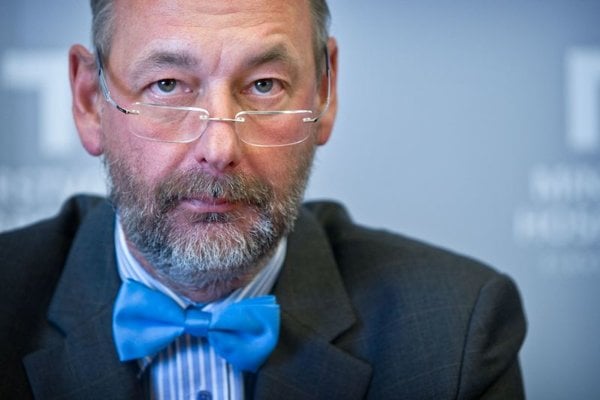 A BLUEPRINT which gives an idea of the changes the government of Robert Fico intends to introduce to the country’s Labour Code has already hit a raw nerve with chambers of commerce representing the interests of approximately 500 companies that employ about 80,000 people in Slovakia. The blueprint suggest that the ruling Smer party intends, among other things, to make layoffs more expensive for employees, limit overtime work and change the rules for temporary work contracts.

The German, Austrian, Spanish and Swedish chambers of commerce in Slovakia said that the plan, which includes the reintroduction of entitlement to both a two-month severance payment in addition to workers also working out a compulsory layoff period, will increase the costs of layoffs and thus might result in a wave of firings before the eventual legislation actually becomes valid.

The government of Iveta Radičová revised the Labour Code in 2011 with the stated ambition of bringing more flexibility in employment relationships, to create more new jobs and to better protect the most vulnerable employees in the labour market. While businesses at that time welcomed the changes, they also said that the government could have been even more ambitious in making the labour market more flexible, while trade unions complained that employers would use the new provisions to more easily fire employees rather than hiring new staff.

Based on the current blueprint, the Labour Code will not completely relapse to the times of former labour minister Viera Tomanová, whose department introduced changes to the code under the first Fico government. Nevertheless, the chambers of commerce are edgy over the prospect, for example, of reducing maximum annual overtime work to 100 hours from the current 150 hours, as well as cutting the balancing period for overtime work to three months, suggesting that this will reduce the flexibility of the market.

“Considering the current economic situation this might be dangerous,” the chambers said in an official statement sent to local media. “It will especially affect companies which face seasonal imbalances in their orders.”

According to the chambers, as compensation for shortening overtime limits, the 7-day eligibility for doctor’s visits could be modified. Specifically, this would mean limiting eligibility for paid leave to visit a physician to a maximum of four days per year, while any additional time required could be used by drawing on leave or in exchange for overtime, the chambers suggest.

The blueprint also suggests that temporary work contracts will be shorter, meaning two contracts for a maximum of two years in total, while extension of probationary periods will not be allowed. The definition of night work will be extended to cover work from 22:00 until 6:00, not until 5:00, as is currently the case.

So-called flexi-accounts for working time will have to be approved by representatives of employees as well as employers. The chambers, responding to the change to the flexible model of working hours, suggest that this will push firms to be more cautious when it comes to hiring new staff.

“These new work positions will be created only when the employer has the certainty of 100 percent effectiveness in the new position,” the chambers warn.

As far as retirement is concerned, the chambers suggest that it should be possible to agree through work contracts to define reaching retirement age as a reason for layoff, adding that this would make it possible for the firms to employ more young people and “thus effectively reduce the high unemployment of young people”.

Among other planned changes to the Labour Code include more power for trade unions as well as a rule that the terms of a collective contract cannot be less advantageous for employees than the Labour Code. The Labour Ministry and unions would like to see the new code to come into effect as of January 2013, while companies are asking for the changes to be delayed until 2014.

Labour Ministry State Secretary Branislav Ondruš defended the proposed changes, saying that the Labour Code will neither create nor destroy jobs, since this only depends on the state of economy. He added that employers would not be harmed by the new rules since the ministry would try to make it balanced for both sides, the Sme daily wrote.

Meanwhile, the Hospodárske Noviny financial daily reported that Economy Minister Tomáš Malatinský has some objections to the blueprint and supports the idea of delaying the date on which the legislation will enter into effect.

The changes introduced by the amendment to the Labour Code by the Radičová government included: cancellation of employees’ parallel entitlement to a layoff notice period as well as severance pay; a longer time period for fixed-term employment contracts, which can be renewed annually for up to three years; a longer layoff notice period for employees with long service in the same job; and greater protection for new mothers and pregnant women.

The amendment also restricts the negotiating rights of a trade union with only a few members in a particular workplace, and establishes a 3-percent limit on the profit margin of companies that sell meal vouchers to employers for their employees’ use. Additionally, the modified Labour Code removed an earlier restriction on certain overtime hours, makes it easier for employees to draw compensatory leave, sets lower premium payments for overtime work and permits employers to more easily schedule night shifts.

The amendment also requires newly-hired managers to serve a longer probationary period than previously and initiates a so-called non-compete clause for certain employees; mandates five weeks of annual holiday for employees who are aged 33 and older; eliminates special advantages previously available to managers working for the state; and allows employers to share a single work position between two or more employees.