PRIVATE health insurers, especially their profits, remain a constant irritant for Prime Minister Robert Fico. After the profit ban he implemented during his previous term in office was ruled unconstitutional by the Constitutional Court, he is now pursuing the idea of removing private firms from the market for public health insurance in Slovakia completely. 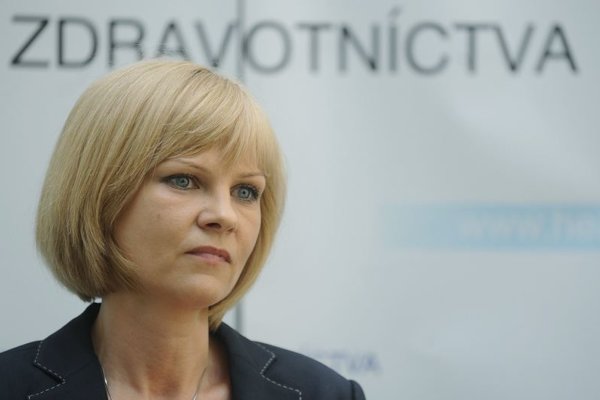 PRIVATE health insurers, especially their profits, remain a constant irritant for Prime Minister Robert Fico. After the profit ban he implemented during his previous term in office was ruled unconstitutional by the Constitutional Court, he is now pursuing the idea of removing private firms from the market for public health insurance in Slovakia completely.

How this can or will be achieved is not yet clear, although there are plans to negotiate with the two existing private health insurers on the potential acquisition of their shares by the state. Fico has assigned Health Minister Zuzana Zvolenská with the task of preparing framework material for establishment of a single insurer. She may introduce this as early as the next cabinet session, on July 25. Private insurers have been somewhat reluctant to respond to Fico’s statements, calling for more information and a more detailed plan. Some experts claim that it is not the number of insurers but insufficient financing that is hurting Slovakia’s cash-hungry health-care system the most.

“They [profits] are so high and they are from public funds,” said Fico, as quoted by the Hospodárske Noviny daily, referring to the profits of Slovakia’s two private health insurance companies. “This is the reason why we think that a unitary system would be better. If we concentrate all the payments into one health insurer, there will certainly be more money in health care.”

There is effectively no market for additional health insurance in Slovakia as the lion’s share of medical treatments, with the exception of cosmetic surgery and the like, is covered by public health insurance.

Dôvera reported a post-tax profit of €39.3 million, the TASR newswire reported in early June. This represents 4 percent of the insurer’s annual turnover, and is equivalent to the sum it pays to health-care providers for two week’s of provided services on average. The insurer has retained the profit within its reserve fund.

Fico pointed out that Dôvera’s profit accounts for 80 percent of the €50 million state financial reserve the cabinet has agreed to disburse to cover increases in medical workers’ wages.

“On one hand we are struggling and searching for reserves and on the other hand somebody is slicing money away from public funds,” Fico said in response to Dôvera’s profit, as quoted by the SITA newswire. He added that health insurers have administrative funds from which they finance their operations.

Fico also told Hospodárske Noviny that nobody knows how much money Penta is able to make via a circle it has created in the health care which consists of hospitals, health insurance and the sale of drugs.

Union reported a post-tax profit of €1 million in 2011. VšZP closed 2011 with a profit of €5.7 million and €77.5 million in cash, according to SITA. VšZP said it wanted to use the profit, except for a mandatory payment into the reserve fund, to finance the health care of its clients.

The reaction of private insurers

Private insurers Dôvera and Union say they are waiting for more detailed plans about the proposed single insurer and have been somewhat reluctant to comment on Fico’s statements.

Penta spokesperson Martin Danko told SITA that his employer would not comment on political statements.

”We do not know and there has not been submitted any legislative proposal introducing a system of a single health insurance company,” Danko told SITA. “If Mr Prime Minister invites our representatives as shareholders of the health insurer Dôvera for negotiations, they will attend.”

Union has made it clear that it wants to remain in the Slovak health insurance market.

“We are developing our activities with a long-term and strategic intention,” spokesperson Judita Smatanová said in early July, as quoted by SITA.

According to Union, Slovakia should study the experience of other European countries in which the system of public health insurance works and where it is based on the principle of universality, solidarity and the possibility to choose from among several insurers.

“Such a system increases quality and security of provided health care, increases effectiveness of spending of funds from public health insurance and provides the insurer room to choose,” said Smatanová.

Slovakia’s Association of Health Insurers (ZZP), of which Dôvera and Union are members, disagrees with Fico’s idea of returning to a monopoly state insurer. Katarína Kafková, the president of the association, said that it regards words by the prime minister as very unfortunate.

“We believe that it is fair that those most affected, i.e. shareholders of insurance companies, are informed in case of similar plans,” Kafková told SITA. “The shareholders of private health insurers have not been addressed yet.”

The Health Policy Institute (HPI) think tank sees it as premature to comment on political statements, referring to Fico’s proclamations that the state might acquire the shares of private health insurance companies and thus create a system comprising of a single, state-owned health insurer.

HPI recalls on its website that Fico’s cabinet had similar intentions back in 2007, but in the dropped them.

“During the current period of time when the number of insurance companies is not the problem in Slovak health care, we perceive these statements as efforts to divert the attention of the media and people from the real problem,” HPI wrote in a response dated July 2. “This is the deficiency of funds for wages of doctors and nurses, for whose increases Smer deputies also voted.”

How to do it

So far it has not been explained how the state might remove the private insurers from the market. One possibility is to purchase their shares. But this prompts the question of where the state would obtain the money to do so while at the same time consolidating the public finances. According to RTVS, experts estimate the required sum at about €1 billion, and say the state could obtain this amount by the sale of shares in part-privatised companies, for example Slovak Telekom.

Another possibility is to somehow acquire the private insurers’ customers, though not the companies per se. Nationalisation is also mentioned as one approach, in the event that the private insurers object to acquisition of their shares, but in this case the state would have to establish a proper public interest to do so and the shareholders would need to be properly compensated in order to avoid the risk of lawsuits or arbitration proceedings.

The law preventing private health insurers from distributing profits to their shareholders in the form of dividends was passed by parliament in 2007, but became one of the most criticised laws advanced by the first Fico government. Slovakia’s Constitutional Court ruled in January 2011 that the law, which took effect in 2008, restricted the property rights of the health insurers’ shareholders, interfered in the insurers’ right to do business by preventing them from making autonomous decisions over how to use their profits, and was thus unconstitutional.