THERE are innumerable projects and exchanges supporting and promoting progressive works by young artists, but only a few of them involve eight or more countries on a regular basis. One of these is Young European Art (or Jeune Création Européenne (JCE), as it is known French, the project’s original language) which is a travelling biennial presenting young artists from nine countries. 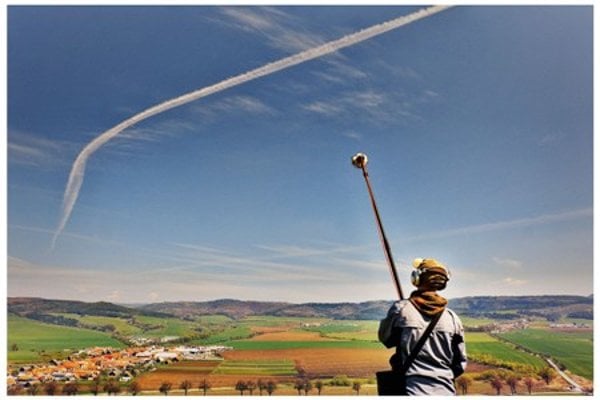 THERE are innumerable projects and exchanges supporting and promoting progressive works by young artists, but only a few of them involve eight or more countries on a regular basis. One of these is Young European Art (or Jeune Création Européenne (JCE), as it is known French, the project’s original language) which is a travelling biennial presenting young artists from nine countries.

Starting in 2000 as an international section of the Salon de Montrouge contemporary art festival – based in the Paris suburban municipality of Montrouge – it gradually evolved into a separate international platform in 2007. The goal is to find a jury – one expert juror coming from each member state – who then pick promising young artists from their country to contribute to the whole collection. The participating cities usually also offer a working space for art residencies to be held during the duration of the exhibition. A growing number of partner cities in different countries then exhibit the collection. The Bratislava City Gallery (GMB) is currently hosting the JCE exhibition for the second time.

“Although the number of authors is limited and cannot offer a complex or objective report about current development in artistic spheres, it is nevertheless a pioneering step which enables at least part of it to be captured,” the GMB press release states. Until August 26, the GMB’s Mirbach Palace venue is offering works by more than 70 artists from nine countries: France, Lithuania, Germany, Slovakia, Hungary, Austria, Italy, Spain and Portugal. There is also one guest country which does not contribute artists but exhibits the project’s artworks, and this year it is Netherlands. In the exhibition’s opening, a number of guests participated and held speeches, including French Ambassador to Slovakia Jean-Marie Bruno, deputy-mayor of Montrouge Alexandra Favre, project coordinator Andrea Ponsini, and the Slovak jury member and curator, the GMB’s curator Daniela Čarná.

From among Slovakia’s young artists, Jarmila Džuppová, Juraj Kollár, Daniela Krajčová, Matúš Lányi, Dušan Mravec, Boris Németh, Štefan Papčo, and Ivana Slavíková have been chosen – according to strict criteria – to present their work. In total, the exhibition brings a huge variety of genres, techniques, styles and expressions, ranging from paintings and drawings through photo to videos and installations. The big, ambitious platform strives to make young artists more visible, to enable professional exchange, and to support the innovative and progressive works of new authors.

Art lovers who prefer contemporary art in its pioneering form should not miss out on this overview.

The Mirbach Palace in Františkánske Square is open daily, apart from Mondays, between 11:00 and 18:00; more information can be found at www.gmb.sk, and www.jceforum.eu.