ONE WEEK was not quite enough for Robert Fico’s government to push its changes to Slovakia’s pension scheme through parliament, even using fast-tracked proceedings. But the draft legislation, whose main aim is to drastically reduce the amount that savers pay into the second, private pension-saving pillar, was still expected to pass on August 10, just 11 days after it was first proposed, thanks to the ruling Smer party’s overwhelming parliamentary majority. 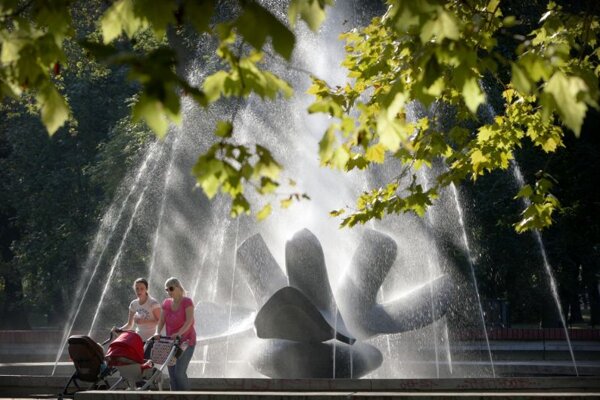 ONE WEEK was not quite enough for Robert Fico’s government to push its changes to Slovakia’s pension scheme through parliament, even using fast-tracked proceedings. But the draft legislation, whose main aim is to drastically reduce the amount that savers pay into the second, private pension-saving pillar, was still expected to pass on August 10, just 11 days after it was first proposed, thanks to the ruling Smer party’s overwhelming parliamentary majority.

If parliament does adopt the legislation as proposed by the cabinet, the opposition Slovak Democratic and Christian Union (SDKÚ), which opposes it, says it will turn to the Council of Budgetary Responsibility.

“I am convinced that this law worsens the sustainability of the public finances as well as the whole [old-age] pension scheme,” said Ivan Štefanec, SDKÚ deputy chairman, as quoted by the TASR newswire. He said he believes that even after parliament adopts the legislation, pensions will remain a hot topic in the coming months.

The old-age pension scheme currently rests on three pillars – the first, state-run, pay-as-you-go pillar; the second, private, capitalisation pillar; and a third, voluntary, supplementary pillar – and has undergone repeated changes since major pension reform was unveiled nearly 10 years ago. Prime Minister Fico has expressed consistent opposition to the system, and in particular the involvement of private pension savings companies in the second pillar. His government now proposes to limit employee contributions to second-pillar savings accounts to only 4 percent of salaries, down from the current 9 percent. The cabinet is also proposing to make participation in the second pillar completely voluntary and allow anyone currently in the second pillar to move entirely to the first pillar without incurring a penalty.

Furthermore, the draft legislation increases payroll taxes for self-employed people and makes payment of payroll taxes for those working based on temporary employment agreements known in Slovak as “na dohodu” obligatory.

Fico has described the second pillar as “uninteresting and disadvantageous” for people with gross monthly incomes of less than €1,000, a category which encompasses more than 80 percent of Slovaks.
“Thus, for whom was the second pillar designed?” Fico asked rhetorically during question time in parliament on August 9, as quoted by the SITA newswire. He answered his own question by asserting that the second pillar was created for just 12-13 percent of citizens.

Fico further stated that the pension system is financially unsustainable in its current form, and argued that the second pillar will not be able to provide sufficient income, and was devaluing people’s savings.

The SDKÚ, which led the 2002-2006 coalition government that overhauled Slovakia’s pension system, stated that reducing the amount of contributions going to the second pillar is a form of nationalisation, and said that maintaining the second pillar provides the only certainty that citizens have of getting a pension in the future.

“Liquidation of a strong second pillar, which the government has started, is liquidation of future pensions,” stated SDKÚ MP and former labour minister Ľudovít Kaník, as quoted by SITA. “Simultaneously, this means an unbearable increase in the load on the public finances and pressure to increase the retirement age. The government, with the money of ordinary citizens, is securing the fulfilment of its political plans.”

The SDKÚ earlier launched a petition to keep the 9-percent deduction to the second pillar, which more than 80,000 people have signed. Ivan Štefanec, a SDKÚ MP, read out the names of the petition signatories in parliament in an effort to delay adoption of the change.

The SDKÚ has criticised Smer’s decision to submit the amendment in the middle of summer, and to use fast-tracked legislative proceedings, thus reducing the opportunity for debate. It also notes that Smer did not propose any such major change to the pension system prior to the general election that brought it to power earlier this year. If the SDKÚ collects 100,000 signatures, parliament will be obliged to debate its petition.

The Fico cabinet cited the bad condition of the state coffers when pushing for fast-track proceedings. The diversion of contributions from the second pillar from September 1 and not October 1, as was originally proposed, will deliver an additional €40 million to the state-run social insurer Sociálna Poisťovňa, since it will receive the 5 percent lost to the second pillar.

Ivan Švejna, an MP for the opposition Most-Híd party, believes that the cabinet-proposed changes are not about setting the social system properly, but are instead about obtaining money for the state coffers in order to reduce the budget deficit, TASR wrote.

Martin Chren, an MP for another opposition party, Freedom and Solidarity (SaS), opposed use of fast-tracked proceedings, saying that there was no reason to deal with the draft bill using this method and that it amounted to an abuse of the facility, SITA wrote.

The cabinet also advanced its proposal to ‘open’ the second pillar to enable those who currently participate in it to leave it and designate all future contributions to the state-administered first pillar, but also allow employees to elect to join the second pillar if they wish. The period during which this would be possible has been set at five months, from September 1 to January 31, 2013.

It will be third time since 2008 that a Fico government has opened the second pillar.

Fees paid to pension fund management companies are also supposed to change. Their final levels will be known after the final vote; deputies had not agreed to the cabinet’s proposal as The Slovak Spectator went to print.

The draft bill also increases the minimum assessment base that self-employed people can use to calculate their social and health insurance contributions from the beginning of 2013, boosting it from the current 44.2 percent of the average wage to 50 percent of the average wage in Slovakia two years ago. This will result in self-employed people’s minimum social and health insurance contributions rising from the current €160.24 per month to €185.30. The current 40-percent flat-rate deductible expenses for the self-employed will be replaced by a fixed sum of €420 per month.

Moreover, coefficients used to calculate contributions made by self-employed persons for social insurance and health insurance should be reduced over next three years. The coefficients, used to divide the tax base in order to calculate the assessment base for payment of contributions, are currently set at 2.0 for social insurance and 2.14 for health insurance. They will gradually fall to 1.486 for both.

The draft bill also introduces payment of social and health insurance contributions for those working based on temporary employment agreements; only students and pensioners will then be exempt from payment of payroll taxes.