From Spanish guitar to Picasso

SPANISH is one of the most widely spoken languages in the world, a fact reflected even in Slovakia.A Spanish influence is quite palpable here, and when also taking into consideration Latin American culture, it could be considered wide-spread, ranging from flamenco music and dance through classical guitar music, movies, photographic and art exhibitions, to Spanish-themed festivals like Košice’s Days of Spanish Culture. 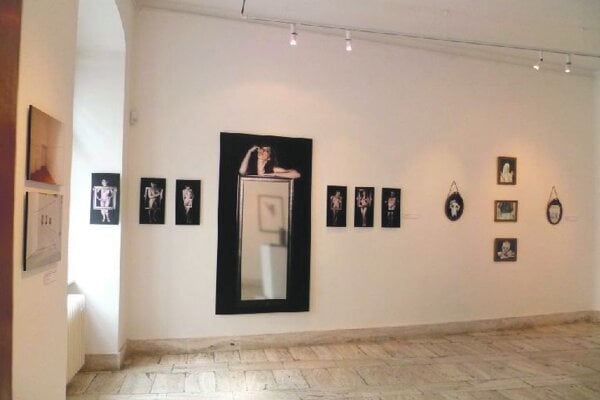 The Spanish section of the JCE exhibition at the Mirbach Palace in Bratislava. (Source: Courtesy of Spanish Embassy)
Font size:A-|A+  Comments disabled

SPANISH is one of the most widely spoken languages in the world, a fact reflected even in Slovakia.
A Spanish influence is quite palpable here, and when also taking into consideration Latin American culture, it could be considered wide-spread, ranging from flamenco music and dance through classical guitar music, movies, photographic and art exhibitions, to Spanish-themed festivals like Košice’s Days of Spanish Culture.

For non-Spanish speakers, numerous Spanish-related events feature contemporary art – like the Pablo Picasso exhibits “45 Times” and “Meeting with Picasso” at Bratislava’s River Gallery; an exhibition of photographs in Žilina by Slovakia-based Spaniard Jonathan Gascó Ochoa, titled “Winter in Slovakia”; and a photo exhibition in the Central-European House of Photography titled “The South of Europe at the Beginning of the 20th Century”.

The exhibition of Spanish photographer Joan Alvado, “Sulukule, the oldest Roma Settlement in the World”, was featured at the International Gypsy Festival in Trebišov in July 2012.

“When selecting artwork for events, the Spanish Foreign Ministry offers us a catalogue of local artists to choose from,” Katarína Zubácka of the Spanish Embassy to Slovakia informed The Slovak Spectator. “However, we also try to support those artists who are proposed directly by Slovak festivals and cultural institutions with which our embassy has been collaborating for years.”

Music and dance are also popular Spanish exports, as evidenced by classical guitar concerts performed earlier this year by Anabel Montesinos at the 22nd Central European Music Festival in Žilina in April, and by María Esther Guzmán in June at the 35th International J. K. Mertz Guitar festival; as well as recent organ performances by Silvia Márquez Chullila in July at the Kremnica Castle Organ Festival, and by Juan María Pedrera (also in July) at the the Bratislava Organ Festival; in addition to a flamenco performance by the Los Remedios troupe and by the Latino Culture Project on June 23. Los Remedios symbolise a true bridging of cultures, as several of its members are Slovaks who studied flamenco dance and music in Spain and are now eagerly promoting it to local audiences.

Spanish artists also participated in less-traditional open-air events that did not require any translation: like in the Circul’Art circus festival in May (clown Hilton Hiltoff), or in the 2nd year of the Street Art Festival (Ichigo Ichie, a Spanish-Japanese couple specialising in mime and juggling acrobatics), both in Bratislava.

There are currently more than 2,500 Slovak students studying Spanish, many through seven bilingual Slovak-Spanish sections of secondary grammar schools in Banská Bystrica, Bratislava, Košice and elsewhere. In promoting the study of the language, the Spanish Embassy has the Aula Cervantes institute in Bratislava and an office managed by the Spanish Education, Culture and Sport Ministry.

The Spanish Embassy, through the Ministerial Office, provides a library of more than 7,000 Spanish language titles, and organises a Readers’ Club, the Theatre Festival of Bilingual Schools, as well as the Days of Spanish Culture - especially the one in Košice which evokes the air of the famous Rambla street in Barcelona with its street artists, musicians, and performances. The embassy also supports the ELE Olympics, a competition in Spanish as a foreign language, the embassy’s Mária Bíleková informed The Slovak Spectator.

Aula Cervantes, a Spanish public institution established to spread and promote Spanish language and culture, co-organises several recurring events mentioned above as well as a series of screenings of Spanish films in Bratislava, Nitra, Prešov and Banská Bystrica. The institution recently organised a reading by Spanish poet Rafael Ballesteros at the Comenius University in Bratislava.

Upcoming Spanish-themed events include a flamenco performance for children in November called “Flamenquita, the Girl who Fell Out of Rhythm”; the Days of Spanish Culture in Košice in October; a concert by the Spanish national orchestra at the Bratislava Music festival on October 5; the Goya cycle at the International Film festival in November, showing the Goya Prize laureates; and the “Winter in Slovakia” photo-exhibition by Jonathan Gascó Ochoa at the City Library in Žilina (also in November) and at the Wedding Palace in Bytča (in December). Aula Cervantes is preparing a photo exhibition for October featuring the work of the Factoría Pláxtica group, Ana E. Suárez Zamorano informed.