Banská Štiavnica is festive in the summer

THE CENTRAL Slovak town of Banská Štiavnica comes to life in the summer, during the high tourist season, when every weekend a different historical, cultural or folklore event takes place. On the last weekend in July, it saw the 13th year of the Festival of Nice Music (Festival peknej hudby) as well as the Knights’ Tournament. 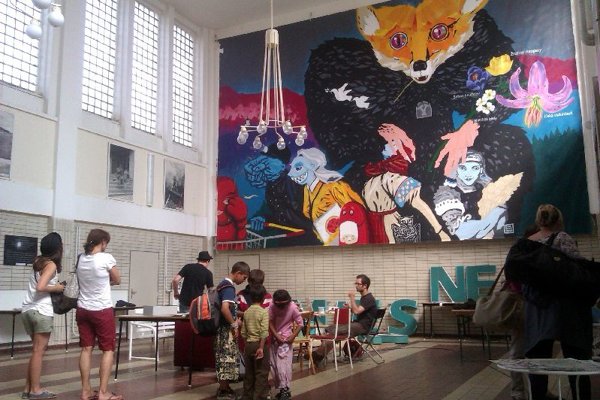 THE CENTRAL Slovak town of Banská Štiavnica comes to life in the summer, during the high tourist season, when every weekend a different historical, cultural or folklore event takes place. On the last weekend in July, it saw the 13th year of the Festival of Nice Music (Festival peknej hudby) as well as the Knights’ Tournament.

The music festival featured a Gala of opera singers, the Austrian Radio String Quartet, a violin concert of classical music by Jan Mráček Sr and Jan Mráček Jr., and culminated in a promenade concert by the Slovak Brass Quintet. Surprisingly, the festival also included an opening of the exhibition of Vladimír Petrík’s artwork - with Eugne Prochác and Rajmun Kákoni – premiering of the Duet for Cello and Accordion by Jevgenij Iršai on July 27.

The Hot Serenaders performed swing and old Slovak standards in the packed late Gothic St Catherine’s Church on Trinity Square, in an event hosted by popular comedian and entertainer Milan Lasica. The Hot Serenaders noted that this was their first time playing in Štiavnica in 15 years, as well as their first time playing in a church. Although some of the comments or lyrics may not have been appropriate for a place of worship, the overall impression was positive, as audience members pouring out of it at the end confirmed.

As for local traditions, Nácko’s March was organised on Friday, July 27, for its 15th year. Although the mines were closed down some time ago, locals revive the old glory of the once rich gold-mining town and commemorate its “good old days”. The march began at the lower end of Banská Štiavnica – which lies in a narrow valley lined with steep slopes - and included stops at local inns and pubs that have some connection with mining.

At each stop, the owner of the pub welcomes the participants, offers them refreshments, and in return receives a song and some jokes about Nácko. However, the most rewarding feature may be the participants themselves, who dress up in traditional mining outfits and costumes, as well as the traditional “klopačka”, a large wooden board that is knocked to summon miners to work and announce important events. Locals claim that Náckov pochod is a smaller version of the famous Salamander March that takes place in September.

For visitors arriving by train, the railway station offers a taste of culture and art: its lobby has become a workshop for residential stays of various artists, Slovak and foreign alike, and currently, a big painting by Erik Šille dominates the space. It is the product of project residence 6x9, and it depicts local symbols, like the New Castle, native plants, and a big fox. “A fox killed by a car was the first thing that I saw after I turned from the highway,” Šille explained. Svätopluk Mikyta of the Štokovec civic association told the Sme daily that Šille was picked out of 19 artists to create this large-scale painting. The Banská St a nica Contemporary resides in the local railway station and it offers residential stays and exhibitions which usually last only for a short time. Šille’s monumental work, however, will stay here long after the tourist season ends – it was completed on July 21 and is intended to remain for at least for six months.