THE EXTRADITION saga involving Slovakia’s most wanted man Karol Mello is not anywhere close to its end. Slovakia has been trying to have Mello, who is accused of several serious crimes, including a double murder committed near Bratislava in 2004, extradited to his homeland since he was arrested on July 11 on the Caribbean island of San Pedro where he had apparently been living for several months. 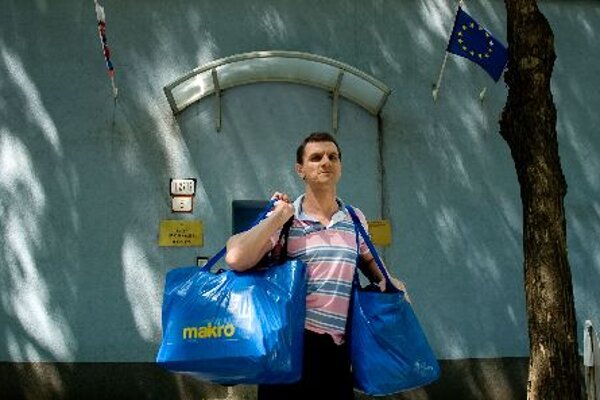 THE EXTRADITION saga involving Slovakia’s most wanted man Karol Mello is not anywhere close to its end. Slovakia has been trying to have Mello, who is accused of several serious crimes, including a double murder committed near Bratislava in 2004, extradited to his homeland since he was arrested on July 11 on the Caribbean island of San Pedro where he had apparently been living for several months.

Belize’s Supreme Court on August 10 rejected the extradition of the 42-year-old Mello to Slovakia, his Belizean lawyer Godfrey Smith’s office told TASR newswire on the same day. The office also said that Mello was released from custody with no further proceedings ahead. Nevertheless, Mello now stands accused of perjury and forging his passport, the portal of a local Belizean television station, Channel5Belize.com, reported on August 11.

According to the Channel5Belize.com, Mello allegedly forged the expiration date on his passport while the second charge pertains to false testimony during the application for permanent residence in Belize. Mello refused the charges while his request for bail was rejected, the Belizean portal reported.

“We will once again request his extradition,” said Interior Minister Robert Kaliňák as quoted by the daily Sme on August 12.

The Justice Ministry has already handed the originals of extradition documents to the Foreign Affairs Ministry, which will secure the delivery of the materials to Belizean bodies, the SITA newswire reported on August 14.

“The Ministry of Justice has requested the extradition of Karol M. on the basis of an internationally acknowledged principle of reciprocity, which is mutuality,” said head of the press department of the Justice Ministry Pavol Kubík, as quoted by SITA.

Responding to the verdict of the Belizean Supreme Court, which earlier in the day rejected Mello’s expulsion, Slovakia’s Police Corps president Tibor Gašpar told the TASR newswire on August 10 that the court obviously dealt with the question over whether Mello entered the country lawfully or not, and not with the issue of the international warrant related to charges of several murders in Slovakia.

Last week, Smith told Belizean news website Channel5Belize.com that the Belizean Government would be able to expel Mello only if it proves that he presents a security threat to this Central American country.

Andrew Marshalleck, an attorney for Mello, commented for Channel5Belize.com that “in effect the charges were laid simply as a way of legitimising the detention” and thus “they may now lawfully keep him in prison until the scheduled hearing date for these two charges”.

Belizean Immigration Minister Godwin Hulse recently announced that the Government of Belize is ready to extradite Mello even though his country has no related agreements with Slovakia, TASR reported on August 3.

“I have signed the [extradition] order ... after proper consultation with the director of immigration, the police and [all those] concerned, and we are hoping to enforce the order,” said the minister for news website 7newsbelize.com.

“We do not have any extradition agreement with that country, but ... if he were a Belizean accused of doing something here and fled to another country, we would want him back here to stand trial,” explained Hulse.

Mello has spent several years evading arrest since being accused of ordering a botched gangland hit which left a woman and young boy dead in Most pri Bratislave in 2004. He was apprehended in Poland in 2010 and extradited to Slovakia, but later released from custody by the Slovak courts in 2011 and immediately went on the run again.