Everyone has heard of Andy Warhol, the Pop Art icon of the 1960s. Some people may even know of his origins in Slovakia. But few of even Warhol’s biggest fans will have visited his spiritual home of Medzilaborce , located close to the borders with Poland and Ukraine in the far east of Slovakia, where they will also find the Andy Warhol Museum of Modern Art. 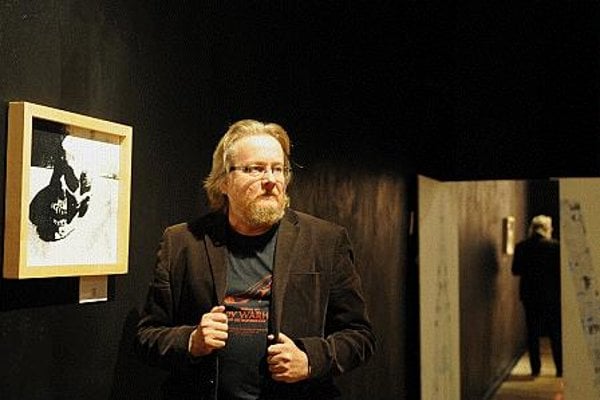 Everyone has heard of Andy Warhol, the Pop Art icon of the 1960s. Some people may even know of his origins in Slovakia. But few of even Warhol’s biggest fans will have visited his spiritual home of Medzilaborce , located close to the borders with Poland and Ukraine in the far east of Slovakia, where they will also find the Andy Warhol Museum of Modern Art.

Getting to Medzilaborce can be quite tricky. Many of the area’s roads are in a very damaged state, but they plot a charming course through extensive peaceful meadows and tiny Ruthenian villages. One of them is the small hamlet of Miková, where Warhol’s parents were born in the early 19th century. It is anonymous except for a sign bearing the artist’s face, a sure indication that you are on the right path to Warhol City. At first, Medzilaborce can be a disappointing place. It is a small, former ’ industrial town, from which most industry has vanished in the past few decades. It is almost never crowded, not even when the elevated Orthodox Church of the Holy Spirit is open, beckoning parishioners up a long flight of stairs to its door.

However, the main focal point of the town these days is across the street from the church, an odd, multi-coloured building with a fountain, in the centre of which stands a statue of weird man holding an umbrella. Around the other side is a bus shelter in the shape of a Campbell’s soup can. This is the Andy Warhol Museum of Modern Art, a startling presence in such a remote location.

“Where would Warhol be more in contrast than here?” said Michal Bycko, 58, the founder and curator of the museum.

Warhol, the undisputed king of Pop Art, was the youngest son of Andrey and Julia Warholová, and was born after they emigrated to Pittsburgh in the United States. His mother, to whom he remained close for his whole life, encouraged him to paint from a young age and the Medzilaborce museum has some very early Warhol originals alongside the work of Julia.
________________________________________

Warhol remained an enigma, but spoke to millions through his paintings.

“We others are here just to create the background, while he is the director, scriptwriter, lighting engineer, make-up artist, actor,” said Bycko. “He even sits in the auditorium, enjoying himself.”
The Medzilaborce museum takes visitors on a well-ordered tour of Warhol´s work and also includes a number of the artist’s personal belongings, donated by family members or collectors from all over the world. An upstairs gallery also displays personal documents and photographs and some of his earliest work.

The iconic commercial images of Coca-Cola bottles and Campbell’s soup cans are also prominent, even though the exhibition portrays Warhol as a more introverted individual than his common public perception. Like his life, Warhol’s work is shown to be varied and diverse.

“Hundreds of people come here only because of Warhol,” said Bycko - and locals of all ages tend not mind that their town is only famous because of an American artist who never actually visited.

“We are very proud that Warhol comes from this poverty-stricken area,” said Michal Vaško, 82, a sentiment shared by Marek Dávidčík, a 22-year-old marketing student. “It’s a pity that Medzilaborce is not promoted even more as Warhol’s city.”

Melničáková, a kindergarten teacher, added: “I think Medzilaborce needs this museum, because there is nothing else to see here.” But Melničáková is only half right.

Just outside the main town centre, the “miniskanzen” is a miniature imitation of a traditional rustic village. Next to this little open-air museum is a large amphitheatre, which plays host to festivals and performances, mainly in the summer season.

There is also a nature trail through some of the area’s wonderful countryside, and you may also stumble across the Jewish cemetery (4 km from Medzilaborce, in the direction of railway crossing). Lots of even smaller villages around Medzilaborce also have some interesting sights.

Kalinov has a memorial to fallen soldiers and a cemetery of victims from the Second World War, for example, and the Basilian Monastery in Krásny Brod makes you stop and hold breath for a while to sample the surrounding tranquillity.

www.kalinov.net
Population: 285; Driving from Medzilaborce: 7 km / 10 mins; Bus: 17 mins
Memorial to fallen soldiers and a cemetery of victims from the Second World War located next to the church.

Population: 285;
Driving from Medzilaborce:
4 km / 7 mins; Bus from Medzilaborce: 6 mins
Ruins of the Basilian Monastery are located next to the main road. The ruins of the monastery tower are visible directly from the road (on right in direction from Humenné to Medzilaborce) on the beginnig of the village Krásny Brod.