THE SLOVAK University of Technology (STU) in Bratislava can boast of a historic success after it appeared in one of the most prestigious worldwide rankings of school quality. The Academic Ranking of World Universities compiled by Shanghai Jiao Tong University listed it among the 200 best schools in the field of computer science. 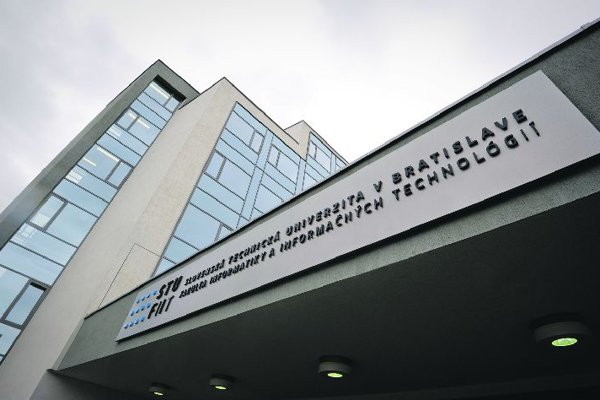 THE SLOVAK University of Technology (STU) in Bratislava can boast of a historic success after it appeared in one of the most prestigious worldwide rankings of school quality. The Academic Ranking of World Universities compiled by Shanghai Jiao Tong University listed it among the 200 best schools in the field of computer science.

“The conscientious work of our top [faculty] surely contributed to this success,” Marián Peciar, a deputy rector for public relations of STU, told The Slovak Spectator.

One of the criteria for which STU received a high evaluation was for the number of researchers with a high number of citations and articles published in prestigious periodicals, as well as the quality of published output, Peciar added.

“This reflects our top world level of research results in the area of computer science,” he said.
STU ranked somewhere between 101st and 150th place. Significantly, no universities from neighbouring Visegrad Group (V4) countries – Poland, the Czech Republic or Hungary – appeared in the rankings.

On the other hand, STU did not appear among the Webometrics Ranking of top 500 universities. Even though it reached 468th in January, it has since fallen to 566th place, the SITA newswire reported.

The ranking is compiled by the Spanish Cybermetrics Lab twice a year. The ranking assesses the web performance of more than 20,000 institutions, looking at how often users search for them on the internet, the number of institutions that include a link to the university on their website, as well as the number of published online documents.

The only school included in the list of universities with the best web promotion was Comenius University (UK) in Bratislava, which ranked 474th, 16 places higher than in January, SITA wrote.
The list also includes other countries from the V4. While the Czech Republic and Hungary each have three universities in the ranking, Poland filled five places among the first 500 listings.

Dušan Meško, a deputy rector for scientific research activities and PhD studies of the UK does not consider the rise in its position a great success as the system depends on information about the school being accessible on the internet. He even said that the Webometrics Ranking belongs to “the second league regarding the level of informative value over school quality”.

Peciar also says that the Webometrics Ranking “does not reflect the quality of universities as precisely as the Shanghai rankings [do]”.

When asked what to do in order to rank among the top 500 schools in web presentation, Peciar said that STU will try to publish more important scientific works that might attract both laymen and experts.

Even though at least one of university from the other V4 countries appears in the list of the best schools in the world published by the university in Shanghai, Slovakia has not made it among the top 500.

Both Meško and Peciar consider it unrealistic to make it into the elite club.

“To place, but mostly to remain in these rankings at better positions is extremely difficult,” Peciar told The Slovak Spectator, adding that “current financial [cuts to] science and to quality universities in Slovakia, coupled with overly prescriptive laws” make it quite difficult to attain the level of higher-quality schools.

Both agree that the main problem in Slovakia is the lack of money for research carried out at Slovak schools. Many top universities have several times more money than those in Slovakia, claims Meško, adding that the amount of financial resources often depends on the tradition, history, as well as the financial background of the institutions.

“Many [internationally] prestigious academic institutions have been building the foundation for their scientific research with pooled funds [and] by ‘buying’ top experts and teams for years,” Meško said.

Peciar assumes that if Slovakia manages to solve this particular problem, “the Slovak sciences will surely get better positions in the rankings”.