SLOVAKIA’S ambition of adopting a brand new law on waste has not been achieved. The Slovak Ministry of Environment this month withdrew its draft bill from the legislative process saying that it had received too many reservations and comments and had too little time to deal with them. Instead, it promised to prepare a revision to the existing law to transpose EU directives and thus avoid hefty fines from Brussels. 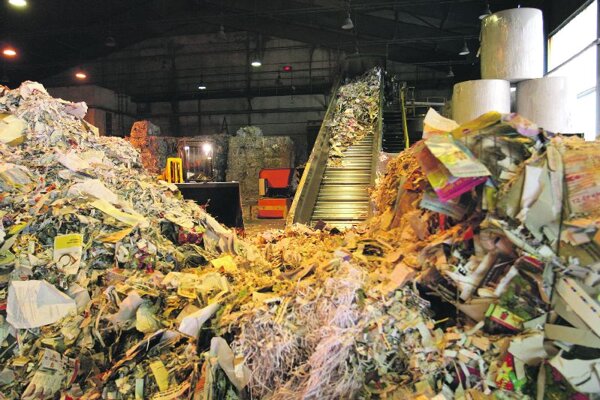 Slovakia will have to wait longer for a newlaw on waste (Source: Sme- Ján Krošlák)
Font size:A-|A+0

SLOVAKIA’S ambition of adopting a brand new law on waste has not been achieved. The Slovak Ministry of Environment this month withdrew its draft bill from the legislative process saying that it had received too many reservations and comments and had too little time to deal with them. Instead, it promised to prepare a revision to the existing law to transpose EU directives and thus avoid hefty fines from Brussels.

The ambition of the original draft bill was to change attitudes towards waste. Instead of being viewed as a problem, the draft foresaw rubbish becoming a valuable raw material, a means of saving primary resources and simultaneously a potentially important source of energy. Its priority was to secure an effective waste management system and reduce the volume of waste being generated. The ministry had worked on the draft bill for about two years.

“The draft bill attracted 2,850 reservations during interdepartmental review, of which 1,800 were relevant,” Environment Minister Peter Žiga said on August 14, as quoted by the TASR newswire, as he announced the withdrawal of the draft bill from the legislative process. “If we had tried to address all the reservations it would have taken four to six months and even then it would be not clear whether we had managed to resolve the reservations to the satisfaction of all the parties involved.”

On the same day that the bill was withdrawn the ministry submitted for internal ministerial review a draft revision amending the current law governing packaging waste and the import and export of waste. Žiga said he hoped that this would be adopted by parliament in October or November at the latest, ideally via fast-tracked proceedings. He said a brand new law on waste would come later.

The ministry’s immediate priority is to avoid fines for failure to implement the EU Waste Framework Directive. The deadline to transpose the directive into national legislation passed in December 2010. Following Slovakia’s failure to implement the directive on time, the European Commission (EC) turned to the European Court of Justice in late April this year and proposed a fine of €17,136 for each day of delay.

Slovakia is not the only country with which the EC has signalled its growing impatience. The EC also asked the court to impose similar fines on Poland, Bulgaria and Hungary, while urging them, and Slovakia, to comply with the directive, which aims to slash the amount of packaging and packaging waste.

While the draft bill on waste did garner some praise, its withdrawal has in general been greeted positively.

“Positives prevail over negatives,” Jozef Kozák, executive director of SEWA, an organisation involved in handling waste from electrical and electronic equipment, told The Slovak Spectator.
“The reason is that the withdrawn bill contained several non-systematic and non-market measures, did not fully transpose the current EU directives and was far from a modern waste law. One negative thing is that postponing the new law on waste logically also postpones solving the long-term problems of waste management, for example the high rate of landfilling.”

Kozák listed among SEWA’s reservations what he called its absurd fees, discriminatory rules for organisations of producers, and the absence of a date on which the Recycling Fund – a non-state organisation to which importers and manufacturers of goods must pay fees, which are then supposed to be used to support environmental projects – should cease. In the draft law, the liquidation of the fund was described – something which Kozák supports – but the date on which this would take place was simply left blank. Kozák also endorsed efforts to apply multiple responsibility to producers of several kinds of waste, for example car importers.

ENVI-PAK, an organisation providing services in the collection, recovery and recycling of packaging waste for its clients, says the original bill was not properly prepared. Katarína Kretter, public relations and project manager with ENVI-PAK, explained to The Slovak Spectator that the bill was unclear, contained numerous inaccuracies and lacked related regulations needed to execute the law.
“Its submitter implemented into the law many new elements, fees, definitions and institutions, something which had not been preceded by a common discussion and a detailed analysis of influences and impacts on companies active in Slovakia,” Kretter told The Slovak Spectator.

Priatelia Zeme Slovenska (Friends of the Earth Slovakia), an environmental organisation said it understands the ministry’s decision but expressed regret that more energy was not invested in the draft bill, which it argues would have brought several progressive elements into Slovakia’s waste management sphere, Martin Valentovič from the organisation told The Slovak Spectator.

“We can only hope that the revision as well as the new draft of the law will contain many of these progressive things,” said Valentovič.

Greenpeace Slovensko did not submit its own reservations to the draft bill and supported those of Friends of the Earth. Juraj Rizman, the head of Greenpeace Slovensko, explained to The Slovak Spectator that his organisation anticipated that the bill would be withdrawn due to the very complicated process of inter-departmental review. According to him, the problem of this extensive legislation was that despite its relatively long gestation, wider consensus was not achieved.

He called for a strategic vision about how to move from the current, unsatisfactory, system to a better one. But he warned that various groups, all of them pursuing their own interests, are blocking this. “They always perceive it from the position of individual sectors and in a very simplistic and short-sighted way. This will be also a problem for any new law on waste,” said Rizman.

He does not believe that it will be possible to draft a law on waste that is acceptable to everybody.

“What we should expect is a tough discussion which the Ministry of Environment would listen to and on the basis of expert arguments … [then] decide politically which path Slovakia should take,” Rizman said.