A FINNISH folklore ensemble of 21 dancers, along with musical accompaniment, is coming to Slovakia for the first time in 50 years. Kärri is an ensemble which travels around the world to present Finnish folklore – mainly from the region of Karelia, but also from other parts of the country. 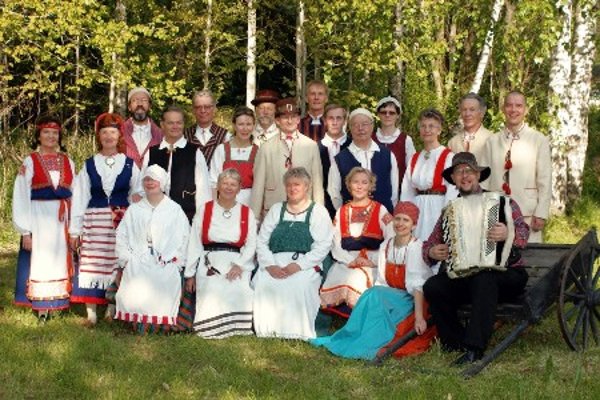 A FINNISH folklore ensemble of 21 dancers, along with musical accompaniment, is coming to Slovakia for the first time in 50 years. Kärri is an ensemble which travels around the world to present Finnish folklore – mainly from the region of Karelia, but also from other parts of the country.

“We are not visiting any other country but Slovakia during this tour, so you’ll have us exclusively,” Savilampi informed The Slovak Spectator.

“Our programme is called ‘Finnish rhapsody’ and consists of seven sets – or pot-pourris. We haven’t decided yet which sets we will dance in which Slovak performance, since it very much depends on the stage size and we’d like to rehearse on the spot, so it will be a surprise for the audience as well as for us,” he added.

He continued that the group for the Slovak tour will include 21 dancers, four singers and two musicians. Normally the choreography of the dances Kärri performs is for eight couples, so there are 16 dancers onstage simultaneously, creating various patterns with their formations.

“The performances are accompanied by live music, but since it’s not always possible to have live musicians playing, some situations require recorded music. When it comes to the instruments, accordion and viola are typical for the Kärri group and also for these types of dances in Finland,” the choreographer said.

Asked about the selection of dances for the portfolio, he said that besides Finnish, they also include Nordic dances; for instance, Swedish polkas are always very popular. “From northern Finland – Lapland – we have in our programme one dance Poromiehen Polka – Reindeer’s Polka in Lappish (Sami) style, in which the dancers present a shy, or ‘ignorant’, position towards their partner.

Direct eye contact is not made with the partner or the other dancers,” Savilampi said.

“It always helps you understand any cultural performance better if it is supported by knowledge of the background and history of the country of its origin,” he continued. “Finnish folk tradition and culture has its roots in three points. The first is that the original population of the Finnish area long ago had to move ever northwards, mostly due to pressure of new immigrating people. The second is that the original population’s culture has a lot in common with other aboriginal nations around the world. The third is that Sami (i.e. Lappish) culture has been replaced with the western tradition, which diffused to Finland via Sweden and Denmark; while from the east of Finland came the Slavonic tradition. The Karelian song tradition, Kalevala and Kanteletar, are the most important sources of inspiration of the preserved traditional culture.”

The tour will start in Bratislava and then visit Doľany, Banská Štiavnica, and Banská Bystrica.
Savilampi will himself dance during the Slovak performances.

“Finnish traditional folk dance differs very much from central-European traditional dance. In Finland, the performance is not so much based on quick steps and movement but more on couples dancing and the whole group movement and shapes created on stage,” the choreographer concluded.