THE STATE administration in Slovakia should be more effective, transparent and more user-friendly if the latest reform initiative of the Interior Ministry called ESO proves effective. The revamping of the state administration is also intended to save the country some cash, which strives to push its budget deficit below 3 percent of GDP. 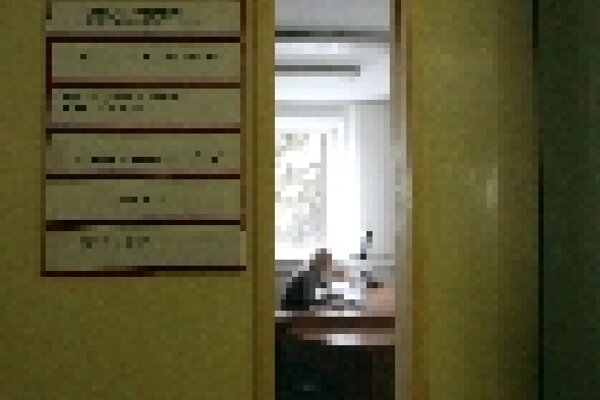 THE STATE administration in Slovakia should be more effective, transparent and more user-friendly if the latest reform initiative of the Interior Ministry called ESO proves effective. The revamping of the state administration is also intended to save the country some cash, which strives to push its budget deficit below 3 percent of GDP.

“Slovakia is one rotten 20-year-old pond where there is no one and nothing except for carp,” Prime Minister Robert Fico described the current condition of the state administration, as quoted by the TASR newswire. “Let’s throw [in] 10 mascalonge fish and let’s [bring] 10 fishermen to this pond.”

ESO, which stands for an Effective, Trustworthy and Open state administration, is to simplify the current system where several offices are performing the same functions. If the changes pass in parliament the number of state offices should decrease from the current 613 institutions to 79 district offices, the TASR newswire wrote.

Moreover, the state plans to simplify the lines of communication between citizens and clerks through unified centres with databases linking all the available documentation. Thus the citizens will not have to carry or resubmit their certified documents to different offices. The centres will be located within 50 kilometres, or one hour of travel time, from the place where a person resides. Citizens will also have the option to visit any contact centre in Slovakia regardless of their permanent residence, SITA reported.

At the moment the state is “very expensive and rather ineffective” since one person spends about €1,500 and uses 51 days of holiday during their lifetime when dealing with state institutions, said Fico, as quoted by TASR.

The reform is not an experiment, said Interior Minister Robert Kaliňák, adding that the measures will be built on a foundation created by the first government of Robert Fico (2006-2010) and thus the government “will not have to face any catastrophe [whereby] after January 2, 2014 the state administration would stop functioning”, SITA newswire wrote.

Yet, while the government calls the changes to the state administration the most fundamental reform since 1989, critics say that the changes will not bring the desired effect.

Miroslav Beblavý, MP for the Slovak Democratic and Christian Union (SDKÚ) called the reform a marketing move without real results. The current plans will save only 1 percent of the planned amount since the state will save only the money “paid to several tens of office heads and operation workers”, he told the Sme daily.

Ľubomír Plai, former head of the Office for State Service, which was abolished in 2006, warns that such changes will not remedy the ineffectiveness of the system, which is often caused by politicisation, ineffective rules of behaviour for state clerks as well as the lack of enforcement of these rules.

He adds that nothing will work as it should “while the clerks will be under political pressure and they will be threatened with losing their job for not respecting partisan orders”, the Pravda daily wrote.

The first phase will be realised as of January 2013

The property of these institutions will be administered by the Interior Ministry. Yet, the ministries managing the specialised offices will still have the right to decide over important issues, SITA wrote.

Moreover, altogether 90 offices will lose the status of budgetary organisation, and will be financed from the budget of the Ministry of Interior on an advance basis.

In the second phase of the project, which is to be realised by January 1, 2014, the number of district offices will be reduced and their positions will be transferred to the town hall, which will be the only representative of the Interior Ministry in the municipality, TASR wrote.

The new measures are to save up to €3.2 million next year. The state will have to dismiss about 200 employees. Yet, Kaliňák said that some of them will only change jobs and will control the work of the district administration centres.

“The main aim of this reform is not to dismiss employees, but to make their work more effective, and to decrease the cost of their work,” said Kaliňák, as quoted by the Sme daily.

The government only tries to hide small acts behind big words, said Beblavý, as quoted by Sme. He added that through abolishing the offices only several heads of these institutions and their apparatus will lose the jobs.

He even compared the model to the reform prepared by former prime minister Vladimír Mečiar back in the 1990s when “the regional and district offices were abolished since the damages from unprofessional management and corruption were significantly bigger than the savings from a common operating system”, Sme wrote.