Agro fair returns to its heyday

UNDER communism, Agrokomplex used to be a shop window for Slovak agrarians and food producers, allowing them to present their achievements. The ambition of the organisers of its 39th edition, which ended in Nitra on August 26, was to return some of this former shine to the event and revive its reputation. 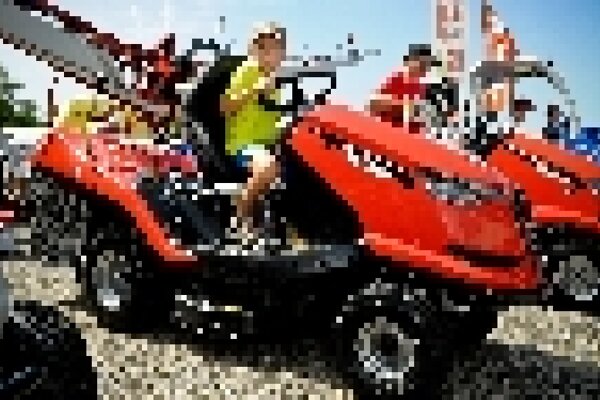 UNDER communism, Agrokomplex used to be a shop window for Slovak agrarians and food producers, allowing them to present their achievements. The ambition of the organisers of its 39th edition, which ended in Nitra on August 26, was to return some of this former shine to the event and revive its reputation.

“I want us to perceive this edition as a kind of trial to restart the importance of this international fair,” Ľubomír Jahnátek, the agriculture minister, said at a press conference marking the opening of the fair on August 23, as quoted by the SITA newswire. In practice, this should mean more public money for the state fair company Agrokomplex – Výstavníctvo Nitra, which runs the Agrokomplex exhibition premises and organises the fair, plus the and introduction of new activities.

Results so far have confirmed the ambitions. Prime Minister Robert Fico arrived in person to attend the ceremonial opening and listed improvement in the position of farmers and food producers as being among his government’s priorities. Of Slovakia’s 11 agriculture ministers since independence, six have accepted invitations to attend the opening. Exhibitors this year totalled almost 500, an increase of 10 percent compared with last year. This year food producers, who were missing at several previous editions, also returned to the fair. Along with Slovak producers, of which 18 were holders of Slovakia’s Mark of Quality, food companies also arrived from the Czech Republic, Hungary, Poland, Italy, Germany, France, Switzerland and other countries. About 80,000 people visited the fair, up by 10 percent compared with previous years. Farmers’ markets, at which farmers and craftsmen offered their own products, and exhibitions of animals drew the most attention.

2012 has been an exceptionally bad year for farmers, who have been hit by extremely dry weather. Not all regions across Slovakia have been affected equally. The areas around Bratislava, Dunajská Streda, Komárno, Nové Zámky, Nitra and Veľký Krtíš are reporting the worst harvests. The Statistics Office estimates that the harvest of densely sown cereals will be 15.5 percent lower than in 2011. The maize harvest is expected to be 12.7 percent lower. Crop of potatoes, barley and oil seeds are also expected to be poorer. The outlook for rye, soya beans and sunflower seeds is more optimistic, the SITA newswire wrote.

Minister Jahnátek admitted that the poor harvest might result in higher food prices.

“I’m not able to say in a qualified way what the hike [in food prices] may be, but of course there is a potential for this,” Jahnátek said at the press conference marking the opening of the fair, as quoted by SITA. “But leave it until September and October. We will see how international markets respond.”

The positive news is that Russia has opened its borders for the sale of wheat; the response of Ukraine will also be important. The results of the harvests in Romania, Bulgaria and Hungary, key players affecting wheat prices in Slovakia, are still unclear. Jahnátek pointed out that lower harvests also means less feedstuff for live stocks.

To help Slovak farmers combat the impacts of bad weather, the Slovak cabinet allocated €70 million in assistance on August 23.

Fico used the fair to call for greater usage of Slovak food products in Slovakia. He said that he on one side he respects European ideas, but that within agriculture and food “we must be a bit patriotic too”.

A travelling exhibition dedicated to the 50th anniversary of the EU’s Common Agricultural Policy (CAP) was presented during the Agrokomplex fair, while its parts were also the subject of discussion roundtables by experts as well as the general public. The topics discussed included the opportunities that the CAP offers to Slovakia, various scenarios for further development of Slovakia, but also the issue of why the amount of food of foreign origin in Slovak shops is increasing.

Jahnátek believes that Slovak agriculture can only be revitalised by an agreement on favourable conditions in the EU’s CAP and the drawing up of a medium-term strategy for developing the country’s agriculture and food-processing industries. Speaking at the fair, the minister highlighted the need for the conditions stipulated in the strategy to be in tune with the CAP up until 2020.

“As long as we succeed in attaining co-action between them and in securing funding for development incentives, Slovak agriculture may be over the worst in six years,” he said, as quoted by the TASR newswire.

Slovakia’s medium-term strategy is due to be completed by the end of the year. The initial version, which is to be trimmed down, has already been drawn up. Its final version should be finished by December.