ONE OF the promises of the governmental programme statement was to “ensure that the competent authorities will more emphatically remove the persistent defects and serious negative cases in the processes of public procurement at all levels of the state administration”. Four months after passing the document the Interior Ministry has come up with 15 concrete measures to clarify and simplify the public procurements. 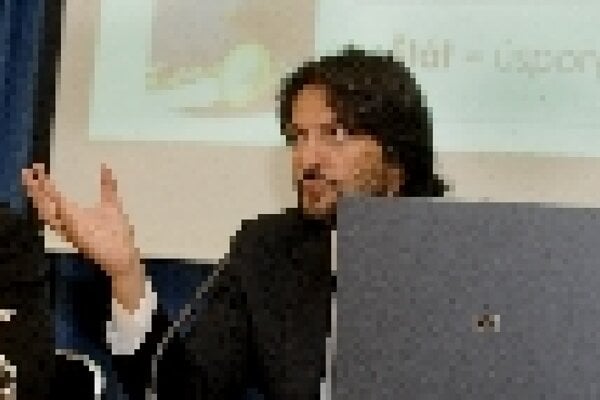 ONE OF the promises of the governmental programme statement was to “ensure that the competent authorities will more emphatically remove the persistent defects and serious negative cases in the processes of public procurement at all levels of the state administration”. Four months after passing the document the Interior Ministry has come up with 15 concrete measures to clarify and simplify the public procurements.

“The result of this big amendment should be fundamental acceleration of the procurement, possible implementation of big money from the EU funds into our GDP and a decrease in the price of purchases for the state,” said Interior Minister Robert Kaliňák, as quoted by the SITA newswire.

One of the biggest changes is the usage of electronic auctions that will gradually “centralise with the aim of preventing the avoidance and manipulation of the competitions”, reads the official website of the ministry.

Moreover, the public will be able to watch the whole process of the public procurement, from submitting the order, through the realisation and payment, to the final evaluation of the orders’ quality. The only exception will be the purchase of military weapons and other equipment, the TASR newswire wrote.

Moreover, the ministry wants to prohibit closed negotiations with companies in transactions that will not be officially announced, which often led to dubious, mostly overpriced contracts.

Yet, Miroslav Beblavý, MP for the Slovak Democratic and Christian Union (SDKÚ), assumes that the changes will only create a space for corruption. Even though he agrees that it is good for the public to have information about the competitions, but “for the price of big holes in the system which will allow [the bidders] to manipulate the competitions”. Moreover, the customer might select a bidder that they chose in advance, he told private TV Markíza.

Kaliňák would also like to establish the so-called electronic market, a continuous electronic auction for smaller procurements. The state will establish a special internet portal at which the bidders can view the order. The customer might then choose the lowest bid and mark it as ‘provisionally accepted’. Since other bidders will be able to see the offer, they will have the following 24 hours to offer a lower price. If not, the customer will sign an agreement with the first bidder, SITA reported.

On the other hand, the bidders will not be able to amend the contract, which has often increased the price orders in the past. The companies should turn to the courts, which will rule whether it is necessary to open the agreement, SITA wrote.

The only exception will be the frame agreements signed for several years. If the price of the product decreases the bidder will automatically have to decrease the contractual price. Yet, if the price rises, the company will not have the right to increase the final price of delivered product.

Moreover, the winner will become a company which will offer the most economically advantageous price. This means that the supplier will have to count the total price of the product or service, SITA wrote.

All bidders will be listed in special registers, based on the quality of their services. While those who will meet all criteria will get rankings from customers, those who are dishonest or deliver a defective order might be excluded from any future tender.

A strategic order is an order where the customer does not know the final price as well as the result of the order, such as big projects like highways or nuclear power plants, whose price will exceed €10 million. The other condition is that they have to serve in the public interest, SITA wrote.

The state will pick up the bidders based on the market survey. Those will later offer a bid for the tender from which the customer will choose the winner.

Yet, several analysts criticised the proposal, saying it is not certain that the state will pick up the most relevant companies. Moreover, such measures might be at odds with the European legislation since the European rules involve secret competition opened for everybody. Moreover, the envelopes with bids are opened at the same time.

Ondrej Matej from the Institute of Transport and Economy (IDH) even said that such orders might not be funded through the money from EU structural funds since they might be considered “unauthorised state help”, TASR reported.