ABOUT €91 million in state aid, which seven companies have recently asked for in the form of tax relief, should result in about 1,600 new jobs. The stimulus for each recipient ranges from €2.6 million to €27.5 million and is to be used for extending production, installing new technologies and hiring more employees. 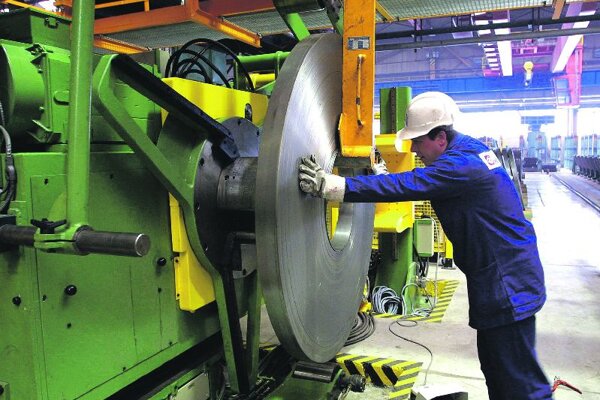 ABOUT €91 million in state aid, which seven companies have recently asked for in the form of tax relief, should result in about 1,600 new jobs. The stimulus for each recipient ranges from €2.6 million to €27.5 million and is to be used for extending production, installing new technologies and hiring more employees.

The only exception is Ružomberok-based paper mill Mondi SCP, which plans to use the aid in part to prevent the loss of jobs.

“The implementation of the investment plan does not create new jobs, but preserves the current 383 positions which would otherwise, as a result of increasing the efficiency of cellulose and paper production, be gradually reduced and by 2016 completely abolished,” reads Mondi SCP’s official request, as quoted by the TASR newswire.

During negotiations the Economy Ministry agreed that if it provides the paper mill with €25.38 million, it will preserve double the proposed number of existing jobs over the following six years.

Despite the perceived advantages of the state aid, not everybody believes that it will benefit the Slovak economy. Martin Vlachynský, analyst with the Institute of Economic and Social Studies (INESS), considers the allocation of money to a select few companies at a time when the state wants to decrease the budget deficit “a very unreasonable step”.

He explains that the government wants to collect up to €50 million through imposing new taxes for the self-employed even though this might endanger their activities.

“New taxes will in fact be given to a few international companies, while for example Mondi had a global profit at €357 million last year,” Vlachynský told The Slovak Spectator.

Moreover, it is not the success of the firms on the market which determines who receives the stimuli, but the will of government clerks, he stressed.

“Despite the official rhetoric the stimulus does not create jobs, it only redistributes [the money] between projects, resulting in a net loss,” Vlachynský assumes.

Róbert Kičina, executive director of the Slovak Business Alliance (PAS), who currently serves as an external advisor to the Economy Ministry, said that it is obvious that the companies formally fulfilled all the required criteria to receive the aid.

“Yet, the problem today is that we cannot compare the usefulness of the projects [with regard to] the economy, so we cannot say which are the best, which are average and which are not very useful, [and] where it would be better to consider the dismissal of the request,” he told The Slovak Spectator.

He added that even though Slovakia lacks any deep analysis of the requests and their effects on the country’s economy, the Economy Ministry is now working on preparing such a model.

Hiring new people is not the only criteria on which the ministry assesses the demand for state aid. It also looks at the stability of the company, its export activities, the planned payroll taxes, the modernisation of used technologies, the effects on the environment as well as the preservation of employment in the subcontractors’ network, Stanislav Jurikovič, a spokesperson for the Economy Ministry, told TASR.

“Finally we [must remember] that the company can apply for the tax relief only if it will make a profit and will pay taxes to the state budget,” the spokesperson added, as quoted by the Pravda daily.

Yet the analysts claim that several companies asking for state aid are not based in regions with high jobless rates.

“There are, relatively speaking, enough jobs and I am not sure whether the technologies are as up-to-date [as has been declared] since the majority of them have already been imported,” said Vladimír Baláž, analyst with the Slovak Academy of Sciences, as quoted by the Sme daily.

The first draft budget for next year originally showed a decrease in the funds allocated for investment stimulus, from €68.6 million to only €11 million. Yet, the Economy Ministry later found an additional €4.6 million which it plans to move from two existing projects originally intended for Kia Motors Slovakia and Samsung. The two companies did not use the money because of a difference in the setting of exchange rates, the SITA newswire wrote.

“The … funding [of the investment projects] requires a change in the usage of the outstanding capital expenses to the realisation of new investments whose implementation will lead to decreasing joblessness in regions with high levels of unemployment,” explained the ministry, as quoted by SITA.

The analysts are divided in their opinion over the state granting aid to these companies. Vlachynský believes that the companies should make only “meaningful investments”, meaning investments that they “are able to pay for themselves from future revenue”.
“Instead, the government should use the money to at least moderate the decrease of VAT for the widest group of subjects and improve the business environment in Slovakia,” the analyst added.

He stressed that the clerks only transfer money from hundreds of low outstanding investments of other companies, self-employed and ordinary customers “into the hands of selected entities”. Moreover, the clerk cannot assess whether the investments for Mondi SCP or ZKW Slovakia are better than other unrealised investments.

“It benefits only the recipients of the aid who can gain an artificial competitive advantage in the market since they do not have to pay as [high] costs as the others,” Vlachynský told The Slovak Spectator.

Kičina says that even though he also perceives the state aid as a necessary evil which discriminates against domestic companies, he admits that one of the primary motivations of investment stimuli is to attract foreign investors to Slovakia.

He also said that the positive aspects of the state aid lie in new job opportunities, taxes and payroll taxes which the companies will pay, new technologies, as well as the involvement of subcontractors.

On the other hand, the disadvantages of the investment stimulus is that it “is paid from the state budget and the recipients might endanger the position of [other] established producers in certain industries in Slovakia”, Kičina told The Slovak Spectator.

Moreover, it is not sustainable for the state to provide new investors with various forms of state aid since Slovakia will not always be able to find money for them and ignore the requests of other established companies calling for various reforms to the business environment.

“The removal of barriers for business is incomparably more effective than the investment stimuli and helps all enterprises, not only the chosen ones,” Kičina concluded.