THE CONCEPT of interim management was relatively unknown in Slovakia just a few years ago. However, Slovak companies hit by the financial and economic crisis have increased their demand for interim managers. Companies in the construction and service sectors, in particular, have been turning to interim managers to help with crisis management. But experts warn that companies must be prepared to grant interim managers enough managerial powers to effectively complete their assignments. 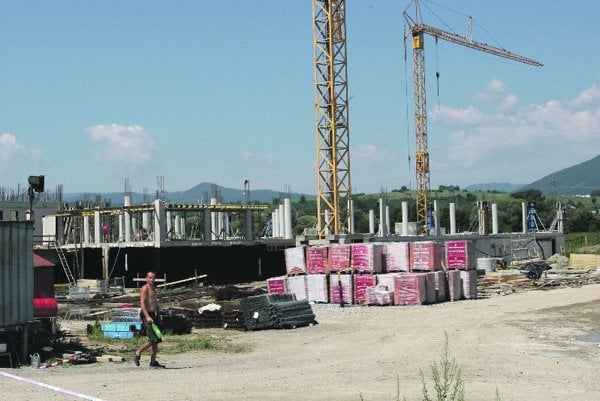 THE CONCEPT of interim management was relatively unknown in Slovakia just a few years ago. However, Slovak companies hit by the financial and economic crisis have increased their demand for interim managers. Companies in the construction and service sectors, in particular, have been turning to interim managers to help with crisis management. But experts warn that companies must be prepared to grant interim managers enough managerial powers to effectively complete their assignments.

“In general, we perceive in the market an increased interest in experienced project managers, crisis managers or interim managers,” Ivo Langer, country manager for business consulting firm M.C. Triton Slovakia, told The Slovak Spectator. “The increase … is caused, apart from other [factors], by the change in the requirements of the market on individual companies. For example, manufacturing companies encounter more and more often a situation when cost-cutting is not enough for them.”
Mariana Turanová, managing partner in Slovakia for Target Executive Search, and Marek Hradílek, a consultant with executive search company Amrop, confirm an increased demand for interim managers in Slovakia.

“We have finally [received] requests for an interim manager this year after 14 years of operation,” Turanová told The Slovak Spectator, adding that although many companies had spoken of this when specifying requirements for future managers in the past, it was more of a hypothetical wish and not something they were prepared to go forward with.

“The demand for interim managers has increased in Slovakia over the last few years during the [economic] crisis,” said Hradílek. “Mainly companies most hit by the crisis, for example in construction and transportation, or companies providing services are utilising interim management. These are companies that are looking for experienced and able managers for positions in sales and finance management.”

According to Langer, companies distinguish themselves through quality project managers who are able to respond quickly to changes in the market, to implement changes and establish sustainable, long term systems of development. But there are only a small number of high quality people willing to accept the risk and respond to the needs of a given company, according to Langer.

“During times [of crisis], when internal managers are not able to respond fast enough to the needs of the market and implement changes, companies hire interim managers,” said Langer.

According to Turanová, firms primarily hire interim managers to conduct a reorganisation in the company, under which it is possible to implement changes which the existing management is not able to carry out, because after years in the company it has become ‘blind’. But a firm can look to an interim manager to conduct unpopular steps like laying people off, cost-cutting, i.e. things which a person seeking to build a long-term career in a company would not do because it would make him or her unpopular within the company.

“The interim manager will reset processes, review results with an independent eye, uncover informal ties and put on the owners’ table a clear picture of the company, without any emotions or any ties to anybody in the company,” said Turanová. “This is a great advantage. He conducts something like an independent audit and if hired for this too, also [implements] steps which will improve the company’s prospects.” Turanová added that sometimes an interim manager may recommend the closure of an entire company, something which he or she will also oversee.

Hradílek cites the completion of large projects as another instance in which interim managers are used in Slovakia, which may involve creating a new company strategy, managing process changes or obtaining a significant order for a company.

The idea of interim management germinated in the Benelux countries in the 1970s. Some sources place its origin in the Netherlands, where it was a response to an inflexible labour market, the Trend economic weekly wrote. Long notice periods prevented companies from reacting flexibly to market conditions.

“[An] interim manager is a qualified manager with long-term experience in various business sectors,” said Hradílek. “He is flexible and self-motivating. He arrives at a company to fulfil an assignment and afterwards he leaves. Hiring an interim manager is most relevant in the case of short-term needs and when knowledge in specific fields is required.”

Interim management is used mostly by small and medium-sized companies, because these companies have difficulty keeping highly qualified managers due to wage costs or their personal and career ambitions to establish themselves in larger organisations, according to Hradílek.

“Because small or medium-sized companies often implement large and complex projects this results in demand for experienced managers, who would be able to effectively help solve problems during a certain period of time,” said Hradílek.

Interim managers are mostly hired for 6-18 months, according to Turanová.
Hradílek thinks that the demand for interim managers does not actually depend on the size of the organisation or the sector in which it operates but the type of problem a company faces.

Being an interim manager

Czech and Slovak interim managers are being requested not only locally but beyond the borders of their respective countries as well, Langer said, adding that more and more candidates are interested in interim management positions.

But they have to have enough experience as well as the physical and psychological strength to be able to meet the high expectations of the companies that hire them.

“The most valued characteristic of interim managers is the ability to work strategically and implement changes,” said Hradílek, adding that the intense focus on results, as well as the ability to convince people that what they are doing is right, all while maintaining independence and distance from the company’s internal politics, is regarded as the second most important ability.
“He should also be agile and flexible, capable of complex viewpoints and able to [cope with] physical as well as emotional stress.”

However, an interim manager’s ability to succeed and achieve the goals set depends on whether he or she receives enough managerial power to implement changes. Langer pointed out two facets of success.

“One is the economic benefit and the second one is powers,” he said. “Put in a different way, the interim manager must have powers as well as duties. One of the preconditions for the success of an interim manager is a fully fledged mandate from the owner or the general director to carry out changes. If the interim manager cannot decide about termination of a contract with a contractor, his manoeuvring room and also his contribution is limited. Thus it is necessary to clarify the expected result and steps leading to it so that cooperation is as beneficial for both sides as possible.”