THE SLOVAK media have recently been flooded with stories about dog attacks on people. While some of the victims received only minor injuries, other cases were more serious, with one resulting in the death of a 45-year-old woman. 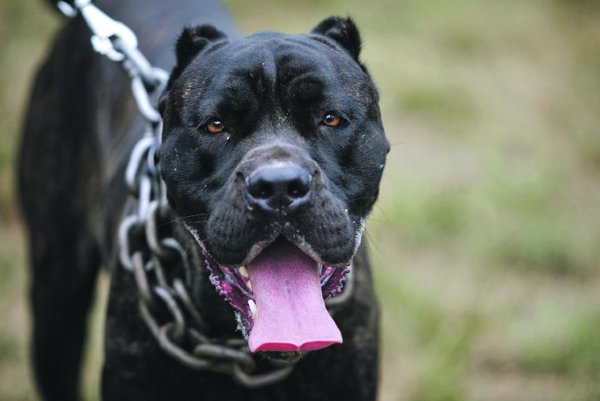 THE SLOVAK media have recently been flooded with stories about dog attacks on people. While some of the victims received only minor injuries, other cases were more serious, with one resulting in the death of a 45-year-old woman.

The reports pertained mostly to attacks by so-called ‘dog fighting breeds’, i.e. dogs bred for the purpose of fighting other dogs. Even if the dogs are not used for this purpose (and Slovakia’s legislation lacks a clear definition of what constitutes a fighting breed), the attacks have sparked a public debate over regulations for owning and breeding such dogs.

Several politicians have proposed amendments to the current law in order to prevent further attacks, with the Agriculture Ministry planning to impose restrictions on the ownership of fighting breeds.

“The Agriculture Ministry will word the prepared law in a way [so as] to eliminate the problems of the recent past,” spokesperson for the ministry Magda Tóth Želeňáková told The Slovak Spectator.
The new measures include stricter criteria regarding the competence of people who raise or own fighting breeds and will require regular veterinary examinations.

Yet, the new restrictions will not solve all the problems since it is ultimately the owner who is responsible for the behaviour of the dog, say experts and dog trainers.

They stress that one of the factors influencing a dog’s character is uncontrolled cross–breeding, which might “diminish the quality of their life, or cause problems in the cohabitation of a person and a dog”. Aggression is one such problem, said Jozef Jursa, president of the Slovak Kennel Club (SKJ), in an official press release.

A history of dog attacks

Over the past 10 years there have been at least 20 reported cases of dog attacks in which serious injuries were suffered by victims, some of whom died. Some of the attacks were not caused by dogs considered to be fighting breeds.

For example, in October 2003 a dog attacked an eight-year-old boy who was playing in a field. The dog was not on a leash and was not wearing a muzzle, as is required by law. The boy died from his injuries during transport to hospital. In November 2006 a dog bit the face of a man in the village of Ľubica, in the Kežmarok district. In February 2011 a German Shepherd attacked a boy who had to spend at least three weeks in the hospital as a result of his injuries.

Recent dog attacks include a case in which three dogs attacked a photographer from Dunajská Lužná, and a dog that injured a police officer in Galanta.

The most serious case occurred in Sucháň, Veľký Krtíš district, when a Pit Bull attacked its 45-year-old caretaker while she was taking it for a walk. The woman was found dead the next morning.

Legislation to be changed

The current legislation pertaining to dog ownership, passed in 2002, states that only a person who is physically and mentally competent and able to control a dog can take it on walks outside of its home. Moreover, the owner must ensure that the dog will not attack other people or animals, or damage the environment or someone else’s property. For this purpose a dog needs to be on a leash and must wear a muzzle.

If dog owners fail to prevent their pets from attacking other people or animals, the police can fine them up to €165. Dog owners can face additional fines if they refuse to give the attack victim their personal details, according to the law.

The law also contains a definition of a “dangerous dog”, i.e. any dog that has bitten or injured a person without being attacked or provoked, and which specifies whether the dog was defending itself.

The second government of Robert Fico is not alone in trying to change the legislation over dog ownership. In 2010 then Slovak Democratic and Christian Union (SDKÚ) MP Tomáš Galbavý wanted to restrict breeds of aggressive dogs. He compiled a list of such breeds, which included Argentine Great Danes, Dobermans, Rottweilers, Pit Bulls and Caucasian Shepherds. However, he was not successful, the Pravda daily wrote.

The latest proposal of the Agriculture Ministry includes several changes which pertain mostly to the breeding of certain dogs, including fighting breeds. In addition to demonstrating competence, they propose that owners must obtain special permission to keep such dogs. Moreover, breeders will have to ensure that the dogs cannot escape from their kennels, and that they undergo routine veterinary check-ups, the TASR newswire reported.

“Of course this is only an initial idea, the law will be stricter,” Želeňáková told TASR.

Despite the fact that the law lacks a definition of fighting breeds, the ministry does not plan to include one, the spokesperson told The Slovak Spectator.

Vladimír Jánoš, an MP for the ruling Smer party, has prepared another change that will increase the fines imposed in the Penal Code. He says that €165 is not a sufficient penalty for a dog attack, and proposes to punish irresponsible dog owners with up to two years in prison.

Jánoš even compared owning dogs to gun ownership, since “the dog might be … perceived as a living weapon” whether it is a Pit Bull or a Chihuahua, SITA wrote.

The SKJ stressed that even though it is open to discussions about amending the law, they disagree with implementing measures “which will punish organised canine specialists, and breeders and owners of dogs who observe the law” for the mistakes of irresponsible breeders, reads the official press release.

Alexander Berek from Special Canine Rescue Service Slovakia stresses that the government should devise a way to actually enforce the observation of the law since many people are unaware that a law pertaining to dog breeding exists.

Moreover, the government should take into account several factors that would prevent the occurrence of several negative effects. These include, for example, a ban on using a pack of dogs for guarding or the cross-breeding of several dog species, he told The Slovak Spectator.

Many problems with dogs start at the very beginning, when a person first chooses one as a pet.
People should select a dog that “they can manage and which corresponds to their character”, and not for its nice eyes, Czech dog psychologist Rudolf Desenský told The Slovak Spectator.

The next step, according to Desenský, is the education and training of the dog, which cannot be based on “out-of-date methods of education or training based on power”. He says that the dog will exhibit exactly the same behaviour that it is subjected to.

“When you needlessly shout at the dog, basing the training on punishment rather than education, the dog becomes unbalanced, even aggressive,” he added.

People must show the dog who is the master, Berek said regarding the training of dogs.

“The aggressive behaviour of dogs is often based on the dominant status of the individual and it manifests, for example, in protecting … food, toys, territory or its handler,” Berek explained to The Slovak Spectator. “It is necessary that the dog will perceive his own handler as senior leader. If [this does not happen], the risk of socially motivated aggression increases.”

Another problem stems from inadequate socialisation of dogs with other people and animals in their environment.

Desenský added that walking outdoors without allowing a dog to interact with other living creatures is scarcely different from placing one’s dog in front of a DVD showing people on a street.

“A dog which cannot be stroked by a stranger becomes fearful towards people and it often becomes fearful and aggressive during its adolescence,” Desenský explained. “It is not necessary to let the dog be stroked by everybody, but it should [be able to handle] contact with random friendly people.”