THE AUTOMOTIVE industry continues to be the main engine of Slovakia’s economy. This fact has been confirmed by official statistics as well as the positions of Slovak carmakers and their subcontractors in international rankings. But since most of Slovakia’s car production is exported, future developments will depend on foreign demand. Carmakers in Slovakia have bet on new models and innovations to combat any potential reduction in the global appetite for new cars. 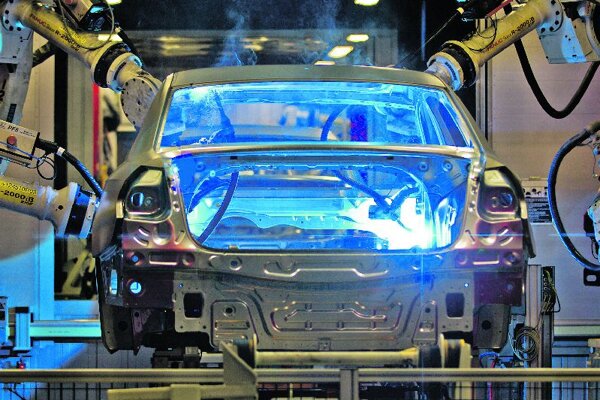 THE AUTOMOTIVE industry continues to be the main engine of Slovakia’s economy. This fact has been confirmed by official statistics as well as the positions of Slovak carmakers and their subcontractors in international rankings. But since most of Slovakia’s car production is exported, future developments will depend on foreign demand. Carmakers in Slovakia have bet on new models and innovations to combat any potential reduction in the global appetite for new cars.

In July, Slovakia’s industrial production reported impressive year-on-year (y/y) growth of 18.5 percent and production in the automotive sector grew by a breathtaking 83.9 percent y/y. Eva Sadovská, an analyst with Poštová Banka, attributes this growth in particular to demand for Slovak-produced cars in Asia, especially China, noting that demand in European markets has still not recovered to pre-crisis levels.

“It is also necessary to praise carmakers for using the crisis for innovations and to enter the segment of smaller, family cars,” Sadovská wrote in a memo commenting on July’s industrial production figures. “Of course, it is questionable whether carmakers will succeed in boosting their production at such a fast pace during the remaining months of 2012. Nevertheless, we expect double-digit growth every month until the end of the year.”

Altogether, carmakers in Slovakia manufactured more than 639,000 cars in 2011, almost 14 percent more than in 2010. Car production thus exceeded the pre-crisis level of 2008, when 575,000 cars rolled off production lines in Bratislava, Trnava and Žilina, according to data published by the Slovak Automotive Industry Association (ZAP) in mid April.

Slovakia also set a new European record for the number of cars produced per 1,000 citizens – 118. The head of the ZAP, Jozef Uhrík, who has since stepped down, said that production in Slovakia of the most complicated cars and the hottest novelties lay behind the strong results. The Slovak arm of the Korean company Kia Motors Slovakia agrees.

“We manufacture the best-selling models and we start each year with a novelty,” Branislav Hadár, Kia Motors Slovakia’s head of human resources, told the Hospodárske Noviny daily, adding that Kia has found that this is a good operating model.

This year, carmakers in Slovakia predict they will manufacture a record number of 925,000 cars, while the ZAP is a bit more conservative, estimating total production at 780,000 units.

Volkswagen Slovakia (VW SK), the Slovak arm of the German carmaker in Bratislava and the oldest and biggest car manufacturer in Slovakia, increased car production by 45 percent to 210,441 units in 2011. During just the first half of 2012, the company boosted production by 122 percent, manufacturing 209,400 cars, VW SK spokesperson Vladimír Machalík told The Slovak Spectator.

“The launch of production of the Volkswagen up!, Škoda Citigo and Seat Mii city cars, as well as continuing demand for sports utility vehicles were behind these results,” Machalík told The Slovak Spectator. “The first half of 2012 was the most successful in the 21-year history of VW SK.”

The carmaker is watching the situation on the market very closely and predicts an increase in production during the second half of the year compared with the corresponding period in 2011.
“This will be a record year for us,” said Machalík.

Cars manufactured by VW SK are sold to customers in 148 countries, among which Germany, China, the USA and Russia are traditionally the biggest markets.

The company manufactures high-end sports utility vehicles (SUVs) – Volkswagen Touaregs and Audi Q7s, plus bodies for Porsche Cayennes – which made up 56 percent of total production during the first half of 2012, and small family cars, which accounted for 44 percent.

VW SK says it is sticking to its plans to invest about €1.5 billion in Slovakia over the next five years.

Kia Motors Slovakia has ramped up production lately too. In 2011 the Korean carmaker’s only European plant, near Žilina, manufactured over 252,000 cars, which it exported to all European countries, company spokesman Dušan Dvořák told The Slovak Spectator. Car production at the plant rose by 10 percent, while production of petrol and diesel engines grew by 12 percent to over 359,000.

“There were several factors which affected the results achieved,” Dvořák told The Slovak Spectator. “Last year we launched production of the second plant for production of engines and increased the total annual capacity of engine production to over 450,000 units. We also launched production of a new model when we started manufacturing a small, multi-purpose vehicle, the Kia Venga, in October.
In late 2011 we accepted and trained 900 new employees and launched a third shift in January 2012.”

Production at the plant grew further in the first half of 2012 compared with the same period of last year, jumping by 10 percent to over 149,000 cars.

“Since April we have been manufacturing the new Kia cee’d model,” said Dvořák. “The new cee’d significantly contributed to the 17-percent increase in production during the second quarter of 2012.”

“These are our most important markets, which do not change very much,” said Dvořák.
Earlier this year the carmaker made public plans to manufacture 285,000 cars during 2012.
“During the second quarter Slovakia’s economy grew by 0.7 percent quarter-on-quarter, one of the fastest growth rates within the European Union,” said Dvořák. “The reason for the growth was foreign demand and, in the first half of 2012, the launch of production of new models in our [plant] and competing [car] plants.”

Dvořák believes that the automotive industry is keeping Slovakia’s economy afloat even though car sales have fallen in other EU member countries.

“It is very difficult to predict future development in the automotive industry since everything depends on the situation on the markets in individual countries,” said Dvořák. “The development of companies will be also affected by how much they will be willing to invest, also during an unfavourable period of time, into new technologies and the education of their employees.”

Kia Motors has been recording enough orders for now and “we believe that production will not stagnate in the coming period thanks to the new Kia cee’d and Sportswagon models, which we have introduced into production over the course of 2012”, according to Dvořák.

With regards to the company’s investment plans, Dvořák specified that the plant is currently preparing to produce another new model: the three-door pro_cee’d. New production lines were installed over the two-week summer holiday and the launch of serial production is planned for next year.

Unlike Volkswagen and Kia, PSA Peugeot Citroën Slovakia, whose plant near Trnava is the most technologically advanced in the PSA Peugeot Citroën group, declined to comment on its results from last year and is equally tight-lipped about its future plans.

While PSA Peugeot Citroën has announced extensive layoffs in France, the head of its Slovak plant, Luciano Biondo, told Hospodárske Noviny in early May that the cutbacks would not apply to the Trnava plant.