Firms plan for the dawn of the electric age

SHRINKING resources of fossil fuels and efforts to reduce greenhouse gasses are turning the attention of carmakers and drivers to electric cars. Even though the number of electric cars on Slovak roads currently falls somewhere in the dozens, and while Slovakia lags behind in so-called electric mobility (or e-mobility, commonly referred to in English as electric vehicle technology), i.e. the introduction of electric cars onto local roads and the necessary infrastructure, as well as the development and production of electric cars, Slovakia’s robust automotive industry coupled with its well-developed energy production make it a suitable environment for e-mobility development. 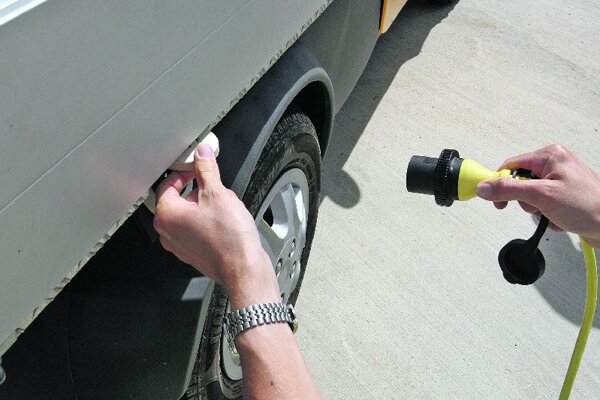 SHRINKING resources of fossil fuels and efforts to reduce greenhouse gasses are turning the attention of carmakers and drivers to electric cars. Even though the number of electric cars on Slovak roads currently falls somewhere in the dozens, and while Slovakia lags behind in so-called electric mobility (or e-mobility, commonly referred to in English as electric vehicle technology), i.e. the introduction of electric cars onto local roads and the necessary infrastructure, as well as the development and production of electric cars, Slovakia’s robust automotive industry coupled with its well-developed energy production make it a suitable environment for e-mobility development.

E-mobility in Slovakia is one of the key themes concerning the increase of innovation performance, which is necessary for the economic growth of Slovakia, Stanislav Jurikovič, the spokesperson of the Economy Ministry told The Slovak Spectator. “For Slovakia this is a very prospective field since Slovakia is [at] the top in car production and simultaneously, its energy sector is [operating] at a high level.”

The Economy Ministry believes that the electric vehicle (EV) technology trend may play a significant role in Slovakia with regard to a process of qualitative change in its industrial base, which overlaps with specialised education and research and development, and the general innovation performance of the country.

The development of e-mobility along with development in the automotive industry could serve to spur the modernisation of the electricity generation and distribution network.

“This is an occasion for usage of the latest knowledge in the transformation and accumulation of energy as well as in managing the operation of the national grid,” said Jurikovič, adding that the usage of electric cars should result in the increased use of power generation facilities in Slovakia and reduce dependency on crude oil and its by-products.

In this sense the ministry views positively the news that Volkswagen Slovakia is preparing for the production of electric cars.

Peter Badík, the director of the Slovak Electric Vehicle Association (SEVA), a grouping of electricity producers and distributors launched to support the development of transportation and transport infrastructure for electric cars in Slovakia, is optimistic about e-mobility and says has huge potential for the economic development of Slovakia. He cites studies which predict that in 2020 every tenth car manufactured in the world will be an electric one, and that this would mean the creation of a huge new industrial branch. Badík stresses that e-mobility is not only about cars, but will require new business models, services, the building of new infrastructure, the development of new technologies, and the adaptation of the local energy network.

“It may seem that we are only at the beginning in this process, but the opposite is true,” Badík told The Slovak Spectator, adding that in the rest of the world there is a flurry of activity.

From the viewpoint of EV technology Badík sees Slovakia as an interesting country. This is because the automotive industry, followed by the electro-technical industry, represents the cornerstone of Slovakia’s economy and thus Slovakia has in these sectors not only production capacities but also extensive human resources. There are also prospects for applied research and development from other branches of Slovakia’s economy. Badík also views the local network of energy production facilities, consisting of thermal, nuclear, hydro-electric and other power stations, with its low CO2 per kWh of produced electricity, as being suitable for wider usage of electric cars. Moreover, a significant portion of Slovak industry is concentrated along two major highways, and the “electrification” of these routes would enable the realisation of research projects as well as help put electric vehicles on the market sooner. Moreover, Slovakia’s small size makes it ideal for research and pilot projects.

“We see a great opportunity for companies and smart people in Slovakia to become a successful part of this new industrial sector,” said Badík.

While Slovakia has been lagging behind other countries in e-mobility development, SEVA is calling for it to be made a topical theme and for the necessary infrastructure to be built.
To that end, SEVA views as crucial the spread of general knowledge about what electric cars actually are, i.e. what are their characteristics and advantages compared to conventional cars.

“Without the possibility of recharging the battery and the certainty that a car can reach its destination, electric cars would not be a competitive alternative to conventional cars,” said Badík.
To support the development of e-mobility, the Economy Ministry, inspired by countries with more advanced electric vehicle programmes, is launching the Slovak Platform for e-mobility. In August an e-mobility working group was created.

“The working group should launch works on preparation of the Slovak platform, which should be created over the course of 2013,” said Jurikovič, adding that members of the working group include representatives of the ministries of education and transport, the automotive industry, energy companies, universities and research institutions.

“The working group will coordinate cooperation of the involved parties and secure an active approach to the creation of a suitable environment for e-mobility in Slovakia,” Jurikovič added.

E-plans of carmakers in Slovakia

“The launch of the production of hybrid cars in 2010, at the first VW plant, has given us excellent preconditions for the future in terms of the production of the first electric cars of VW – the Volkswagen e-Up!,” VW SK spokesperson Vladimír Machalík told The Slovak Spectator, adding that the reason is because hybrids are the most complicated cars to manufacture.

VW SK plans to start producing an electric version of the small family car next year.

In general, Volkswagen has big plans involving EV technology. Machalík specified that the goal of VW is to be the market leader in EV technology by 2018 and to offer an electric car for everyone, i.e. a safe and affordable car for everyday use. By this time the share of electric vehicles that Volkswagen will produce should make up about 3 percent of the company’s output.

“For our Bratislava plant the start of electric car production is a significant milestone,” said Machalík, adding that it will bring to Slovakia unique expertise. “Slovakia will become the first country in central Europe with serial production of exclusively electric cars. e-Up! cars should hit the market during the second half of 2013.”

“We have to retrain approximately 3,000 workers,” said Machalík. “It is a great challenge for us… Volkswagen Slovakia as well as Slovakia will show again that they belong at the top in car production.”

Kia Motors Slovakia, the Slovak arm of the Korean carmaker, does not plan to manufacture either electric or hybrid cars in the near future. Its mother company is testing electric cars in South Korea and it has already designed both electric and hybrid models. It is questionable how much customer demand will grow and whether a sufficient infrastructure for charging will be built, says company spokesperson Dušan Dvořák.

“Currently we make products localised for the European market,” Dvořák told The Slovak Spectator, adding that sufficient infrastructure that would enable wider usage of electric cars has not yet been built.