CONSUMPTION of alcohol can pose a serious risk to health, doctors frequently warn their patients. But they rarely have in mind the extreme danger posed by some Czech-origin methanol-laced spirit that landed four Slovaks from Prešov in hospital earlier this month. Their poisoning by methanol-doctored slivovica, as Slovaks call plum brandy, first resulted in a warning from the Slovak Public Health Authority to avoid drinking alcohol imported from the Czech Republic, then, as 17:00 on of September 18, a complete ban on imports of all Czech-origin spirits containing more than 20 percent alcohol. 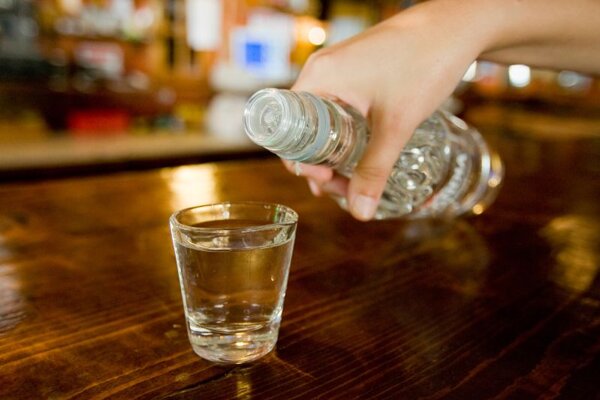 CONSUMPTION of alcohol can pose a serious risk to health, doctors frequently warn their patients. But they rarely have in mind the extreme danger posed by some Czech-origin methanol-laced spirit that landed four Slovaks from Prešov in hospital earlier this month. Their poisoning by methanol-doctored slivovica, as Slovaks call plum brandy, first resulted in a warning from the Slovak Public Health Authority to avoid drinking alcohol imported from the Czech Republic, then, as 17:00 on of September 18, a complete ban on imports of all Czech-origin spirits containing more than 20 percent alcohol.

“We are protecting citizens from their own irresponsibility,” said Agriculture Minister Ľubomír Jahnátek, as quoted by the Sme daily, when explaining the import ban. Methanol-laced black market spirits have so far killed at least 20 people in the Czech Republic. Jahnátek did not explain how the ban would protect people from black market liquor, which typically avoids normal import channels.

The deaths in the Czech Republic prompted the government there to introduce a ban on the sale of spirits with an alcohol content of over 20 percent – but it did not immediately ban exports. Given an import ban imposed in Poland, according to the Slovak Food Chamber (PKS), which represents Slovak food producers, this made Slovakia a key retail destination for Czech producers.

However, on September 20 the Czech Republic decided to also halt exports of spirits. The government there explained that the European Commission had threatened to impose a two-month ban, which would have had an even more negative impact on the country’s economy.

The Slovak Food and Agriculture Chamber (SPPK), a self-governing public organisation representing farmers and food producers, said through its spokesman Stanislav Nemec that the import ban was the right step, and that it had been made in the interests of Slovak consumers. Nemec added that Slovakia has fulfilled all the applicable rules under European legislation and “so Slovakia does not face any sanctions from the European Union”. He said he did not expect the temporary ban to harm Czech-Slovak relations.

“The main reason for applying this measure was to protect the health and lives of Slovak citizens,” Health Ministry spokeswoman Zuzana Čižmáriková told The Slovak Spectator, adding that the Prešov methanol poisoning incident was clear evidence that the state needs to take tough measures.

While farmers and food producers do not expect any major impact on the collection of excise taxes from alcohol and thus the state budget, they also hope that the methanol poisonings will now focus the attention of the state on the illegal alcohol market and make Slovak consumers more reluctant to buy alcohol of suspicious origin.

However, importers of spirits within the Association of Trade and Tourism in Slovakia (ZOCR) described worries about the penetration of methanol-treated alcohol through products made by reputable Czech producers distributed in consumer packaging, i.e. glass bottles with proper customs labels and inspection seals, as “exaggerated and superfluous”. The ZOCR pointed out that in all cases so far, methanol-laced alcohol had come from illegal sources. It expressed the hope that the government would not yield to pressure from Slovak alcohol producers to restrict market access.

After the Public Health Supervision Authority (ÚVZ) imposed the ban, the Slovak Trade Inspectorate carried out 206 checks during which inspectors detected 21 types of alcoholic beverages subject to the ban still on sale at 16 merchants, the SITA newswire reported on September 20.

As late as September 17, the Slovak ministries of health and agriculture had still been saying that a ban on Czech-origin alcohol was not necessary. But a day later the ban was introduced.

Ministry of Agriculture’s spokeswoman Magda Tóth Želeňáková explained to The Slovak Spectator how the change in attitude had come about: “We were struck the most by the responses of Czech politicians, who said that they did not have the situation under control.”

According to Tóth Želeňáková, in the same way that the ministry encourages people to purchase and eat good-quality, safe food, it does likewise for alcohol.

“If someone wants to drink then they should buy safe and good-quality alcohol,” Tóth Želeňáková said. “We do not want our people to die of alcohol poisoning.”

The PKS and SPPK welcomed the decision of Jahnátek, the minister of agriculture, and Zuzana Zvolenská, the health minister, to issue a preliminary ban on the distribution and sale of spirits with more than 20 percent alcohol produced in the Czech Republic.

PKS President Daniel Poturnay noted that it was a preventive measure and that he did not expect significant economic consequences from the measures.

“For Slovak producers of spirits it fixes an illogical situation in which they could not sell their spirits in the Czech Republic, where there is an absolute ban, while Czech producers were able to sell their alcohol [in Slovakia],” Poturnay told The Slovak Spectator, adding that merchants would have to finance storage of banned Czech alcohol which they had already bought from suppliers, but that he did not expect the ban to remain in force for long.

In terms of the collection of excise tax, the banned Czech alcohol can be replaced entirely by Slovak-made products or spirits from other countries, Poturnay said. He said there should not therefore be any negative impacts on the state budget.

“In the medium term, the impact on the state budget might be somewhat positive, since in the future we expect consumers to take a more careful approach when purchasing alcohol from less transparent sources,” Poturnay said.

As for the impact the ban might have on the illegal alcohol market, Poturnay said that even if related legislation in Slovakia is already much stricter than in the Czech Republic, the situation provides serious grounds to consider what additional measures should be adopted to combat the illegal production of spirits.

“Illegal spirits still have a considerable share of the alcohol consumed in Slovakia,” Poturnay told The Slovak Spectator, adding that the tragedy should act as a warning not only for state bodies but first of all for consumers that the purchase of alcohol from non-transparent sources represents a serious health risk. “We believe that the methanol case will result in a more responsible approach from Slovak consumers as well as a reduced share of illegal spirits in total Slovak consumption.”

Tóth Želeňáková said that it was not yet possible to estimate the impact of the ban, and that the immediate priority was to protect consumers.

As for the impact the ban might have on the illegal market, Tóth Želeňáková said that there is still enough good quality alcohol on sale, so there was no reason for people to purchase illegally made alcohol.

Yet Pavol Konštiak, president of the ZOCR, said that “the ban on the import and sale of alcohol will have a significant impact on retailers,” the TASR newswire reported.

He added that a large amount of money is tied up in alcohol sales. It will be small retailers in particular that run into financial problems due to the government’s measures, Konštiak predicted.
The first cases of methanol poisoning occurred in the Czech Republic in late August and early September. Slovakia’s first recorded incident occurred on Sunday, September 16, with eight people treated at a hospital in Prešov, of whom four were found to be suffering from methanol poisoning. The conditions of all the Slovak patients subsequently stabilised or improved.

The Health Ministry, as well as the ÚVZ called on citizens not to drink uncertified alcohol or alcohol bought via the internet while the health supervision authority established special emergency lines for people to call if necessary, TASR reported.