Politicians in no rush to change party financing

PROMISES are meant to be kept. So believe several Slovak NGOs who have launched a campaign to remind politicians of their written pre-election promise to change the rules of party financing, generally believed to contain too many gaps through which murky money can sneak into political parties’ coffers. 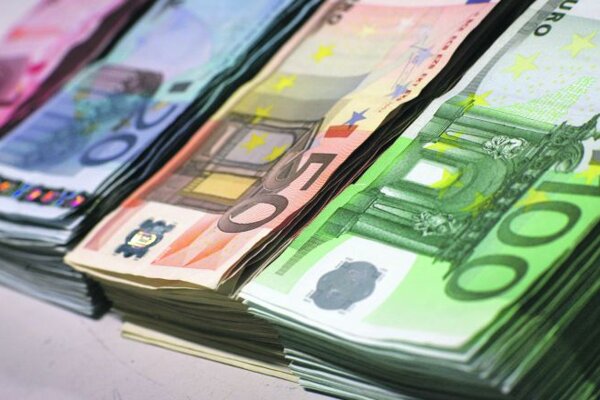 PROMISES are meant to be kept. So believe several Slovak NGOs who have launched a campaign to remind politicians of their written pre-election promise to change the rules of party financing, generally believed to contain too many gaps through which murky money can sneak into political parties’ coffers.

On September 18, the non-governmental groups Transparency International Slovensko (TIS), the Institute for Economic and Social Reforms (INEKO), and the Slovak Governance Institute (SGI) called on the six parliamentary political parties to fulfil their public pledges declared prior to the March 2012 elections, in the wake of several party financing scandals and the infamous Gorilla case, and to “propose and pass an effective law that would increase the control and transparency of political parties’ financing in Slovakia”.

“There are strong suspicions that political parties are being financed from sources other than what they legally declare, which was demonstrated by the Gorilla case,” the TIS director Gabriel Šípoš said as quoted by the SITA newswire.

Scandals concerning illegal financing have already surfaced, involving most of the biggest Slovak political parties, and therefore stricter rules and a new system of control is essential to bring about more transparency, political transparency watchdogs agree.

Primarily in reaction to the Gorilla scandal the three NGOs addressed the most important players on the political scene and asked them to pledge to change the rules within one year of being elected to parliament. The pledge was signed by eight political parties, among them all the parties that are currently represented in parliament: the ruling Smer party, and the opposition Slovak Democratic and Christian Union (SDKÚ), Freedom and Solidarity (SaS), Christian Democratic Movement (KDH), Most-Híd, and Ordinary People and Independent Personalities (OĽaNO).

The pledge included seven points, among them the creation of an impartial and trustworthy body that would oversee party financing and conflict of interest issues, introduce compulsory declarations of income and costs of individual candidates on both central and local levels, introduce a daily-updated database of parties’ income and costs, and introduce sanctions for parties and candidates who fail to declare the costs of their campaign.

“Politicians were all hot to sign it and were agreeing that the weak control over political parties was a problem, and promising to change it,” Šípoš said as quoted by SITA.

The deadline for the parties to fulfil their promise will run out on April 4, 2013, which means that there were 197 days left as of September 18, at which point none of the parliamentary parties seemed to be eager to take any concrete steps in the matter.

Not a priority now

While opposition parties were quick to agree that everything depends on Smer, the ruling party excused its lack of action towards changing the party financing rules by pointing to the fact that Interior Minister Robert Kaliňák, who is responsible for the issue, is currently working on an amendment to the public procurement law.

“As soon as he manages to solve this important amendment he will devote himself more intensively to the topic in question,” Smer spokesperson Monika Počátková told The Slovak Spectator, adding that the Interior Ministry is open to comments and discussion on the subject.

Opposition party Most-Híd did not show much enthusiasm for taking concrete steps on its own, but stressed that it supports the initiative and is happy to take part in it.

“New rules for political parties’ financing are an important and responsible step which requires a consensus among all political parties and NGOs towards finding a common [approach],” Most-Híd spokesperson Zuzana Bačiak Masaryková told The Slovak Spectator.

OĽaNO is waiting for Smer to take the legislative initiative, and if Smer does not present a proposal in two months’ time, OĽaNO says it will propose its own amendment to the law.

The Christian Democrats claim to be faithful to their promise and want to prepare amendments to the law that will strengthen transparency in party financing in cooperation with other parties.

“No changes can, however, be passed without the Smer party,” KDH spokesperson Matej Kováč told The Slovak Spectator. “We are afraid that Robert Fico’s pledges will not [be honoured] this time, as he is also reluctant to strengthen the control [of] public procurement and the [Supreme] Audit Office.”
Kováč echoed the reservations KDH holds about the proposal to create a brand new body to oversee party financing, which the party voiced when it signed the original pledge.

“In Slovakia we have a Supreme Audit Office (NKÚ) established by the Constitution, whose powers in this area could be strengthened,” Kováč said, adding that there are other options too, such as strengthening of the powers of the Central Election Commission.

At the launch of the campaign TIS also presented a study entitled ‘Oversight body as a way to solve the control of finances in politics in Slovakia’ in which it states that the laws dealing with party financing are fragmented and insufficient.

TIS sees a possible solution in the creation of a competent, independent body to oversee the financing of political parties and conflict of interest issues, although the NGOs realise that even that would not fully remedy the problem.

“Oversight of political parties is toothless, since there is no institution to tell whether or not political parties’ financing rules have been broken, and to convey it in a professional, impartial manner,” TIS’ Emília Sičáková-Beblavá said as quoted by Slovak Radio.

TIS’ proposals include the unification of election laws and the creation of a standing Central Election Commission that would act as an oversight body. In order for it to be impartial, the commission members would be appointed by several constitutional bodies, and should have a far-reaching mandate.

The authority of the Central Election Commission should include audit powers over regular and election costs of political parties and candidates, overseeing non-financial donations to parties outside the election campaign, regulation of political activities of third parties, for instance civic associations, and powers to sanction violation of the rules.

The NGOs are attempting to involve the general public in the campaign as well: as of September 18, people can download a postcard from the TIS website that reads “Will you fulfil your promise?” and send it to their MPs. A petition to support the call is also available on the internet; it has already been signed by several personalities from the Slovak non-governmental, academic, and business sectors.