ACCORDING to a well-known proverb there are only two things of which we can be certain: death and taxes. Naturally, people still attempt to combat both and Slovaks are as innovative as any when it comes to avoiding paying tax. In fact, the Slovak Finance Ministry has gone so far as to claim that tax evasion has become a national sport and even the threat of jail time does not deter some determined citizens from trying to dodge their financial responsibilities to the state. 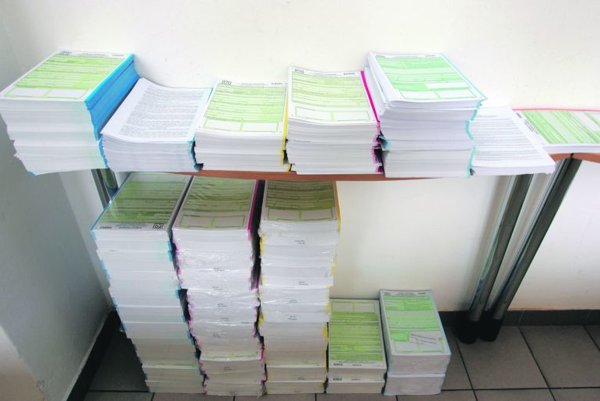 ACCORDING to a well-known proverb there are only two things of which we can be certain: death and taxes. Naturally, people still attempt to combat both and Slovaks are as innovative as any when it comes to avoiding paying tax. In fact, the Slovak Finance Ministry has gone so far as to claim that tax evasion has become a national sport and even the threat of jail time does not deter some determined citizens from trying to dodge their financial responsibilities to the state.

Estimated fraud involving value added tax (VAT) has reached a particularly impressive level in Slovakia. The Finance Policy Institute at the Slovak Finance Ministry thinks that in 2010 alone overall VAT evasion reached €2.3 billion. In other words, if Slovakia attained just the average effectiveness for VAT collection seen elsewhere in the European Union, the basic VAT rate (currently 20 percent) could be reduced by 4.7 percentage points. In June Finance Minister Peter Kažimír admitted that Slovakia is the second least successful country in the EU when it comes to collecting VAT, just behind Greece.

In response to this, and the need to plug the large fiscal hole it leaves, the Slovak cabinet in May adopted a three-phase action plan to combat tax evasion focusing on three laws: the VAT law, the Commercial Code and the Criminal Code.

The Finance Ministry proposed, within the first phase, adoption of measures and tools which can be implemented immediately. The second phase will bring in new measures as of October 2013, while the third phase will come into effect no later than October 2014.

The revision to the VAT law, which parliament adopted in August and becomes effective as of October 1, 2012, is part of the first phase but its exact financial impact is still not clear.

“The positive influence of the adopted measures on the state budget depends entirely on the approach and ability of the tax administration to utilise [them],” Radko Kuruc, an advisor to the finance minister, told The Slovak Spectator. “The first effects might occur as early as next year… the measures adopted, which should prevent tax evasion, are not experiments. Most of them are measures which exist and work in other EU countries.”

The ministry’s goal is not to create an administrative burden for decent businesspeople, according to Kuruc.

The first phase of measures includes, in particular, several to prevent so-called carousel fraud. In carousel schemes fraudsters import goods to an EU country VAT-free, and then charge VAT to the buyers. The sellers then disappear without paying the tax due to the authorities, while the buyers claim the VAT back from their overall taxable income, thus creating a loss for the public finances.
It is called a carousel fraud because there are usually a circle of companies involved, each liable for VAT which goes unpaid, while the final buyer reclaims the VAT from the tax authorities before disappearing.

The adopted measures include tightening of conditions for claiming exemptions on cross-border supplies. Here Kuruc mentioned a tax security deposit upon import, addressing situations when goods imported to Slovakia from non-EU countries and destined for another EU country (i.e. when the taxpayer does not pay VAT in Slovakia but in the final destination) actually stay in Slovakia and are sold without VAT. In such cases it will be necessary to confirm receipt of goods, although only taxpayers identified as ‘risky’ – i.e. with a record of unpaid taxes or involvement in tax fraud – will be subject to the financial tax security deposit upon import.

New rules have also been adopted to determine tax periods and tighten conditions for registration of risky taxpayers. This is supposed to prevent such people from easily launching new, “clean”, firms and obtaining VAT registration for them. Such entities will have to deposit compulsory collateral upon registration of €1,000 to €500,000.

Another measure is in the introduction of purchasers’ liability for tax, which should eliminate unjustified VAT refunds in carousel deals whose only purpose is to swindle the state.

Bart Waterloos, a partner at VGD - AVOS Bratislava, listed among the measures which he believes would curb VAT evasion the obligation to provide a financial guarantee upon voluntary or obligatory VAT registration if the applicant is a risky taxpayer, and the application of a domestic reverse charge on the sale of immovable property. Lowering the limit for cash payments [to €5,000] might curb tax evasion as well, he said.

“Overall, the real effects [of the adopted measures] will have to be seen,” Waterloos told The Slovak Spectator. “Slovaks are usually very inventive in finding ways to deal with various limitations imposed by the law. We see several measures that will only delay the time when the VAT will be paid back to taxpayers, so the government will hold on to the cash a bit longer, but eventually it has to pay.”

Peter Pašek, head of advisory at Accace, welcomed the clearer statement of liability for tax, which was barely applicable in the wording valid before September 30. Another measure he welcomed was the introduction of a compulsory monthly tax period for newly registered tax payers.

“This is because the institute of the quarter-year taxpayer was used to launch companies
established with the sole goal of conducting tax evasion,” Pašek told The Slovak Spectator.

Pašek also highlighted as positive the introduction of the institute of financial guarantees in the case of VAT registration of risky persons.

“But the question is whether the tax administration will be able to identify such persons with regards to the level of its IT equipment as of October 1,” said Pašek.

Waterloos is afraid that the tax administration is not prepared for the new tasks and requirements, and will be overloaded. He believes that a simple tax system, better tax controls and improvements in the area of transfer pricing would help Slovakia to combat tax evasion and increase collection of taxes.

“Keep the tax system as simple as possible,” said Waterloos. “Abandoning the flat tax system is certainly not going to help. More effective and more targeted tax controls could also help, not just starting a tax control in order to delay the repayment of a VAT refund.”

Tax experts expect that the VAT law amendment will certainly increase the paperwork, administrative burden and costs for all companies.

“In times of crisis and pressure on prices, that is only negative,” said Waterloos, adding that some of the requirements (e.g. the documents one will need to prove real export of goods to another EU country) are really so extensive that this will create only more bureaucracy. Another negative aspect will come from the fact that companies will have to perform a background check on new executives to make sure that they are not considered to be risky taxpayers and might thus jeopardise VAT registration of new legal entities, he noted.

At least one business lobby group has welcomed the action plan.

“I assess it as necessary and useful, because tax evasion, especially VAT evasion, is a huge problem for the state but also all decent taxpayers, who have to pay higher taxes [as a result],”
Robert Kičina, the president of the Business Alliance of Slovakia (PAS), told The Slovak Spectator.

Kičina sees most of the measures as useful in limiting the opportunity for tax evasion. Here he listed strict penalties for firms which do not communicate with the tax administration or do not meet their reporting duties, implementation of limits to cash payments, the register of disqualified persons and the insolvency register, plus interconnection of the tax IT systems with the IT systems of other state offices. He is critical of the introduction of compulsory collateral upon registration and of requiring agreement from the tax administrator when registering or transferring a limited liability company.

Kičina does, however, concede that the measures adopted will place a greater burden on businesses.
“Because measures combating tax fraud increase transaction costs, their impact on doing business will be negative, but not considerably negative,” said Kičina. “With regards to the purpose, which is to limit fraudsters, I expect that for most businesspeople it will be acceptable.”