Holocaust Day marked by a host of events

ON SEPTEMBER 9, 2012, 71 years passed since the Jewish Code was approved by the wartime Slovak state. The date on which the persecution of Slovakia’s Jews was legalised is now commemorated as Holocaust Remembrance Day. Seventy one years in a nation’s history might be enough time for deep wounds to heal, but efforts are still continuing to ensure future generations do not forget what happened and to prevent the names and experiences of the victims from slipping into oblivion. 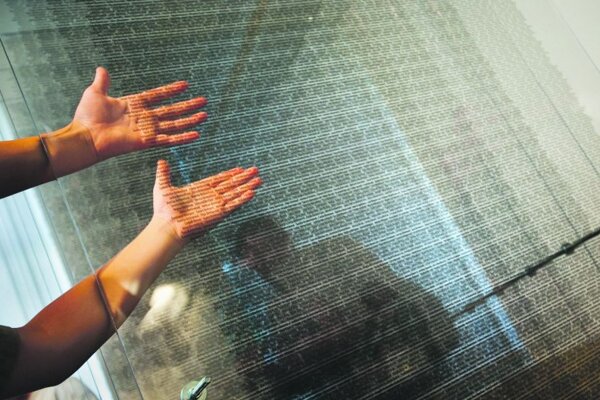 ON SEPTEMBER 9, 2012, 71 years passed since the Jewish Code was approved by the wartime Slovak state. The date on which the persecution of Slovakia’s Jews was legalised is now commemorated as Holocaust Remembrance Day. Seventy one years in a nation’s history might be enough time for deep wounds to heal, but efforts are still continuing to ensure future generations do not forget what happened and to prevent the names and experiences of the victims from slipping into oblivion.

Speaking at a public Reading of the Names of Holocaust Victims, he described how he was asked at a conference in Berlin to give firsthand testimony of what happened in Slovakia during World War II; but it took him many more years to be able to talk more openly about his childhood.

The reading took place on September 9, in the historical building of the Slovak National Theatre, and was the fourth year of the event since it was first organised in 2009.

“We lacked the names of the Holocaust victims,” organiser and co-host of the reading Ľuba Lesná told the SITA newswire. “Numbers are not enough, we want to give the victims at least part of their dignity back by naming them.”

Co-host of this year’s reading, Boris Farkaš, said that including special commemorative events in Poprad and Sereď, about 3,300 names were read so far. However, the number of Jews who lived in Slovakia and were killed, deported, and otherwise persecuted, currently stands at 81,614: this means a lot of work lies ahead.

The names were read by famous Slovak personalities, including Daniel Hevier, Peter Lipa and Katarína Hasprová. Apart from Alner, Pavel Mešťan also retold his life story, as well as two younger people, teachers Beáta Nemcová from Banská Štiavnica and Juraj Smatana from Považská Bystrica. Although their families were not directly impacted by the Holocaust, they both felt the need to help prevent the horrors that Slovakia and Slovak Jews witnessed during the war from being forgotten.

While teaching at a local school, Nemcová initiated the reconstruction of the Jewish cemetery in Banská Štiavnica. Smatana gave students an assignment to find Jewish families – or their relatives and descendants – in their hometown. In doing so, he discovered that the Považská Bystrica library was originally the villa of the Robert Milch family, who during the Second World War were robbed of their property before disappearing altogether. But thanks to Smatana’s efforts (he put the story on the internet), it appears that one member of the family was found and might help to shed some light on the fate that befell the family.

A second initiative connected with Holocaust Remembrance Day is to compile the names of those who perished in World War II or who emigrated or changed names in the aftermath of the tragedy. The Memorial of Holocaust Victims (Pamätník obetiam holokaustu), which was unveiled in the Slovak National Museum (SNM) the following day, includes a video installation that scrolls the 81,614 names of victims known so far, set to music composed for the video by Martin Burlas. Another component of the memorial is an installation of eight transparent plates bearing all the victims’ names and a carpet with symbolic white stones leading to it. A book located at the entrance of the room is for visitors to inscribe their impressions and feelings, as well as the names of victims not yet listed in the memorial.

“The installation lives its own life,” Sidónia Gáborová, one of the memorial’s creators, told The Slovak Spectator (TSS). “I am surprised that people do not perceive it as a kind of meditative path, but rather step on it and try to change it. But I am basically happy that these people came.”
Asked how it feels to create such a memorial, Gáborová said that one has to be full of love to grasp the whole extent of what happened. On one hand, she said, you should forgive and on the other, not let such things be repeated.

Direct participants in the wartime events and their descendants, like Pavol Traubner and Soňa Valentová respectively, gave speeches at the memorial’s opening, and the Kaddish (a traditional Jewish prayer) was sung by Jana Orlická. The Memorial of Holocaust Victims is to become a permanent part of the SNM exposition in Vajanského nábrežie, and its replica will be installed in the former concentration camp in the southern Slovak town of Sereď, where a museum of deportations is also planned, said head of the SNM’s Museum of Jewish Culture Pavol Mešťan.

“The main idea of this initiative has been to widen the scope [to more] than just those affected by the deportations,” Lesná told TSS which she used to work for. “And people react very positively. In Slovakia, it was not widely publicised and many people did not speak about the Holocaust until recently. My father, unfortunately, died without speaking about it. And several years ago, I realised that if I myself do not know much – although my father’s family died in concentration camps – others will know much less still. I became interested, and in the beginning of these efforts, it helped that I wrote about them for The Slovak Spectator.”

“Today, a lady came to me and said she has never spoken about her experiences; but after she visited the reading of the names on Sunday, she decided to tell her story, however terrible, at next year’s reading. I find this great, as – and I do not want to be cynical – direct witnesses gradually die, and it is high time for us to listen to their stories,” Lesná added.

More information about the memorial and the list of the victims’ names can be found at www.snm.sk and at the Holocaust Documentation Centre (DSH), www.uzzno.sk/dsh.

Victims of the Holocaust in Slovakia have been commemorated in other towns and cities as well: in Kežmarok, the local museum prepared a Day of Jewish Culture, the SITA newswire wrote, featuring lectures, testimonies of members of families that helped Jews, food tastings at local restaurants – on Friday, September 7. In Košice - a city that belonged to Hungary during the war, and from which around 14,000 Jews were transported to concentration camps - the Association to Support the Embellishing of Košice plans to erect a memorial near the synagogue on Puškinova Street once it collects enough money. On September 9, it organised a commemorative meeting of citizens.

In Sereď, the Kaddish in Hebrew marked the commemorative occasion on September 6, as well as the laying of wreaths, there was the lighting of seven candles to symbolise the eternal light of the souls of the deceased and a lime tree was planted. The camp in Sereď was originally a labour camp, but it was later turned into a detention centre for those who would be deported. With a maximum capacity of 1,200 people, the camp sometimes housed as many as 4,000. The deportations took place between March 1942 and March 1945. In May 2009, it was proclaimed a national cultural monument.

Perhaps the biggest festival was organised in the town of Šaľa where a host of events took place between September 4 and 28. The longest running event is an exhibition of photographs by Martin Črep and Boris Bočev called Project Human Family, capturing the life of ordinary people in Israel.

Other events include tours of the local Jewish cemetery, lectures by Peter Salner and Grigorij Mesežnikov, concerts – by Michael Szatmary on September 8, by Pressburger Klezmer Band and Pacora Trio on September 9, and by Philanthropy Band on September 13.

According to Rudolf Kuklovský of the Maceva civic organisation, the festival organised for the European Day of Jewish Culture was in previous years more focused on klezmer (eastern European Jewish style) music, and that “this year, it was a broader festival, comprising several different events.”

He added that the response from the public has been increasingly positive with each year, and that next year’s festival will be at least as big as this year’s.