JUDGES Ľudmila Babjaková, Jozef Vozár and Alexander Brostl were only allowed to serve just over a year and a half of their five-year terms in Slovakia’s top judicial body, the Judicial Council. The government of Robert Fico has recalled the trio, whom the local media described as critics of the president of Slovakia’s Supreme Court, Štefan Harabin, long before their term was completed, based on a proposal by Justice Minister Tomáš Borec, a non-partisan nominee to the Smer-dominated cabinet. 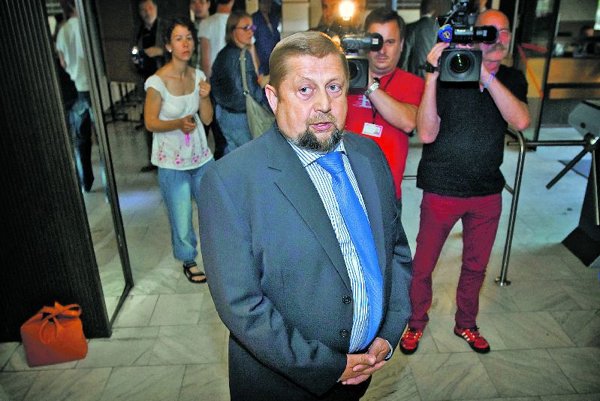 JUDGES Ľudmila Babjaková, Jozef Vozár and Alexander Brostl were only allowed to serve just over a year and a half of their five-year terms in Slovakia’s top judicial body, the Judicial Council. The government of Robert Fico has recalled the trio, whom the local media described as critics of the president of Slovakia’s Supreme Court, Štefan Harabin, long before their term was completed, based on a proposal by Justice Minister Tomáš Borec, a non-partisan nominee to the Smer-dominated cabinet.

“The Slovak government is entitled to recall members of the Judicial Council appointed by the cabinet even before their term elapses,” said Prime Minister Robert Fico, denying claims that the judges were recalled due to their criticism of Harabin.

According to Fico, the three judges were recalled because they were political nominees. Nevertheless, the cabinet has now sent its own nominees to the council: Eva Fulcová, Jaroslav Chlebovič and Ľuboš Sádovský, the SITA newswire reported.

The government of Iveta Radičová in January 2011 replaced three members of the council before their term was completed. Babjaková, one of the replacements, came from the Košice Regional Court and was a signatory of the For Open Justice initiative, which emerged in response to what its founders called political intervention, a lack of transparency and the misuse of disciplinary proceedings.

The judges recalled by the Radičová government, Richard Molnár, Daniel Hudák and Viliam Dohňanský, were appointed by the first Fico government between 2007 and 2009. They challenged the decision of the then government through the Constitutional Court. The court rejected Hudák’s complaint but has yet to decide on the other two, SITA reported.

The council, among other things, has a decisive say in the election and recall of judges, including the president of the Supreme Court himself.

“We have fought against all forms of corruption, including internal corruption at courts; these words can be confirmed by audio recordings from sessions of the Judicial Council,” the three judges said in repsonse to their sacking, as quoted by SITA. “If the principles listed above are foreign to this government we respect the decision to sack us.”

Harabin offered a different interpretation for the recall of the judges, stating that the government was only fixing what he called “unconstitutionalities by Lucia Žitňanská”, SITA reported, citing a statement from the Supreme Court’s press department.

Nevertheless Žitňanská argued that the government had replaced three renowned lawyers and people from judicial circles perhaps to compensate for what she called the outcome of elections of council members by the judges themselves earlier this year.

The Judicial Council has 17 members and a chairman; eight of the members are elected by the judges themselves, while parliament, the government and the president send three candidates each to the council.

Earlier this year, before the closely watched election of new members to the Judicial Council, Harabin e-mailed every Slovak judge to tell them which candidates he considered worthy of sitting on the body. Of the eight judges elected on May 30, four were on Harabin’s list.

Ján Vanko of the Nitra Regional Court, Jana Bajánková, Rudolf Čirč and Igor Burger of the Supreme Court, Imrich Volkai of the Košice Regional Court, Dana Bystrianska of the Košice I District Court, Milan Ďurica of the Banská Bystrica Regional Court, and Peter Straka of the Prešov Regional Court were chosen by judges to serve on the council for the next five years. Burger, Volkai, Bajánková and Bystrianska had Harabin’s backing, according to SITA. Of the 1,334 judges in Slovakia entitled to vote, 1,160 cast ballots, of which 1,152 were pronounced valid. Vanko collected the highest number of all the candidates, 568.

The director of the political ethics watchdog Fair-Play Alliance, Zuzana Wienk, in comments to Sme, interpreted the results as a weakening of Harabin’s position within the council, adding that they nonetheless sent a message that “[his] malignant vision for the management of the courts still has some support”.