THE ABSENCE of a young girl who should have been attending school for two years went unnoticed because nobody checked the school register to see if she was enrolled. Yet, Bratislava’s municipal authorities, who maintain registers of all local inhabitants, should have known whether the parents had enrolled their child in school. Moreover, social workers failed to inspect the girl’s living conditions, despite evidence that her stepfather physically abused both her and her mother. 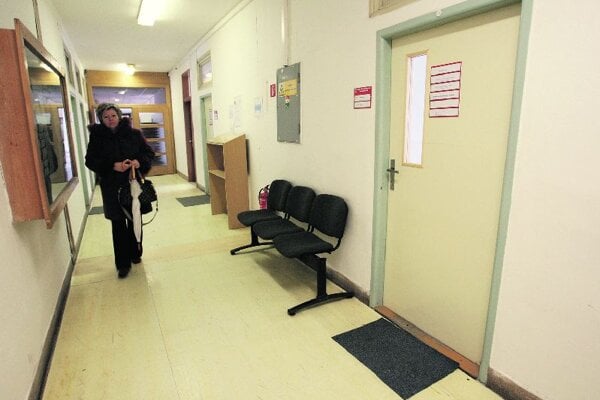 THE ABSENCE of a young girl who should have been attending school for two years went unnoticed because nobody checked the school register to see if she was enrolled. Yet, Bratislava’s municipal authorities, who maintain registers of all local inhabitants, should have known whether the parents had enrolled their child in school. Moreover, social workers failed to inspect the girl’s living conditions, despite evidence that her stepfather physically abused both her and her mother.

The case of five-year-old Lucia, whose body was accidentally found by police three years after her death, has revealed possible holes in the work of public officials. Immediately after exposing the case the Centre for Labour, Social Affairs and Family (ÚPSVaR) launched an inspection of all social services departments in order to check that they are in “compliance with determined methodologies”, and that there is adherence to the internal standard in similar cases, ÚPSVaR spokesperson Peter Zeman told The Slovak Spectator.

“The inspection results will lead to revelations about the current state [of the system],” Zeman said, adding that it will also highlight other possible specific measures which, according to the findings of the inspectors, will need to be implemented.

The inspections will last until mid October.

Police have launched their own investigation and charged a 32-year-old, Juraj H., with torture resulting in the death of his step-daughter. According to the official information provided by the spokesperson for the regional police in Bratislava, Tatiana Kurucová, the girl died during the second half of 2009, some time after her stepfather returned from prison, the TASR newswire reported.

“The man [allegedly] beat the girl even in front of her mother, and prevented [her] from eating,” said Kurucová, as quoted by TASR.

She added that when her mother, 42-year-old Alexandra, wanted to report the death of her child to police, the accused, Juraj H., prevented her from doing so, claiming she was afraid of him. The couple then allegedly barricaded the body in one room and left it there for three years, telling the neighbours that the girl had gone to live with relatives in eastern Slovakia, the Plus Jeden Deň daily wrote.

In addition to Lucia, the couple was also raising her younger sister, who has now been taken to hospital and is currently under medical supervision.

The man faces seven to 15 years in prison if found guilty, the SITA newswire wrote.
Meanwhile, ÚPSVaR filed a criminal complaint with the police, based on its own internal investigation into the case. Officials discovered that the social worker in Bratislava responsible for the case had apparently neglected his or her duties, TASR reported on September 26.

The social worker failed to notice that the girl had been missing for three years, even though she should have been attending primary school for two of those years. Significantly, he or she did not report failed attempts to make contact with the girl.

Zeman said that the investigation has so far proven that the whole case was the result of mistakes made by certain individuals. He explained that during 2011 social workers recommended taking more than 1,300 children away from their parents in order to protect their health and life.

“This number is proof of relatively high activity of social workers in this field, therefore we assume this is an exceptional case,” he told The Slovak Spectator.

Yet, Mariana Kováčová from Centrum Slniečko crisis centre, who chairs the Association of Crisis Centres (AKS) in Slovakia, believes that the case points to a breakdown of the whole system, which is supposed to protect children from abuse.

“It [highlighted] the lack of interdepartmental cooperation, and fully revealed the human indifference, incompetence and unprofessionalism of those who should protect and provide assistance and protection [to children] across all the ministries,” Kováčová told The Slovak Spectator.

The system also lacks preventive programmes for child protection, quality social workers in the field, methods to detect or monitor at-risk families, and intervention programmes and centres, as well as programmes which would be implemented by NGOs in order to help abused children, Kováčová added.

The investigation of the case has shown that Lucia had ‘got lost in the system’. Even though the current law stipulates that a municipality must investigate why a child is not attending school, the authorities from the town hall in Ružinov, a district of Bratislava, claimed that it is very hard to locate the names of children not enrolled in schools.

“The local authority lacks an efficient means for detecting which children attend school and which do not,” said spokesperson for the Ružinov borough, Miroslava Štrosová, as quoted by the Sme daily.

She added that some parents enrol their children in other boroughs in Bratislava, which further complicates the situation.

However, Education Ministry spokesperson Michal Kaliňák explained that every municipality keeps a register of the citizens resident in its area. These registers must contain birth certificates, so officials should know about all children who should be enrolled by their parents in local elementary schools.

The education law in Slovakia stipulates that parents must enrol their children in elementary school when they reach six years of age. However, it is the responsibility of the municipalities, which run the local public schools, to check whether or not the children are registered, Kaliňák said.

Since thousands of other pupils do attend the schools, this case does not indicate a flaw in the broader system. Conversely, it was a failure by some municipalities which have even admitted to having flaws in their record-keeping, he added.

The disappearance of a child should also be reported by his or her paediatrician, since all children must attend a compulsory medical examination between the ages of 5 and 7, said Doctor Peter Ondo-Eštok, as quoted by Sme.

Paradoxically, Lucia’s family continued to receive state benefits (granted to all families in Slovakia with children up to a certain age) for Lucia even after her death. It remains unclear how this was possible since when a child turns six, the parents must file a confirmation with the labour office that their child is attending school, Sme wrote.

Labour Minister Ján Richter has warned that a similar case could potentially occur due to excessively high caseloads for social workers, and an increasing shortage of qualified social workers in the field. According to statistics, in 2005 one social worker was responsible for 92 clients, but last year the number increased to 175 clients per person, he said.

“Probably it is necessary to open the discussion [about] what causes the annual reduction of number of [social workers] in the field,” Richter said, as quoted by the Hospodárske Noviny daily.

Kováčová thinks that the state should pass several measures in order to prevent similar cases from happening in the future. First, a group of experts should be selected who will monitor more closely the child protection services field, and prepare solutions for whatever problems it encounters.

Second, the state should pass a law that will ensure cooperation between ministries and establish multidisciplinary teams composed of experts in the field of children protection.

The state should also ensure the funding of the organisations dealing with abused children, establish a system of quality work in the field, and implement compulsory training for people dealing with child protection. The responsible authorities should also initiate information campaigns to educate people about child abuse, Kováčová suggest.

This case has, unfortunately, proved that there is a need to make the child protection services system more functional and to solve existing problems, Kováčová said.

“I hope that this case will become a reminder for incompetent and unprofessional decisions in the cases of tortured and sexually abused children,” she said.