IN THE 1980s few could have foreseen the threats that computer viruses, worms, Trojan horses and other malicious software would pose to computers and similar devices, and the data stored on them. Since then, writing malware has developed into cybercrime, a sophisticated business whose primary goal is to make money illegally. Alongside cybercrime, demand for a new industry to help computer users detect and eliminate these threats has emerged. 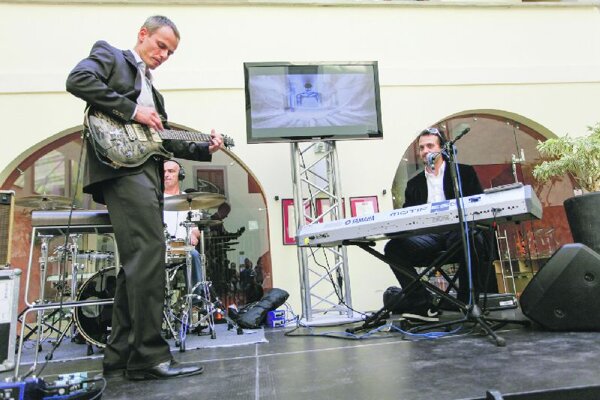 IN THE 1980s few could have foreseen the threats that computer viruses, worms, Trojan horses and other malicious software would pose to computers and similar devices, and the data stored on them. Since then, writing malware has developed into cybercrime, a sophisticated business whose primary goal is to make money illegally. Alongside cybercrime, demand for a new industry to help computer users detect and eliminate these threats has emerged.

A group of programming enthusiasts in communist Czechoslovakia jumped on the antivirus software development train early enough to develop a globally successful antivirus company. The fact that they and their ESET company has existed since the germination of the whole industry gives them the advantage of having followed its gradual development, but it would be impossible to remain a successful security solutions company without innovations and constant efforts to search for security solutions to new threats. The Slovak Spectator spoke to Richard Marko, the CEO of ESET, about its “engine”, the latest threats, innovations and more.

The Slovak Spectator (TSS): When speaking about ESET, its representatives always name its staff as the company’s most valuable asset, followed by its anti-threat engine, the technology developed by ESET for the detection and analysis of suspicious files. What difference does the more-than-20-year history in the development of the scanning core make to those companies which potentially are just starting in this business or have bought a licence for such an engine? Do you consider them serious competition?
Richard Marko (RM): I would not underestimate anything. A group of smart people can do big things. But I think that this would be quite difficult and that also there is not such a natural logic to this. Thus, I do not expect that this would be a likely development.
Actually, there are a number of companies offering such solutions, i.e. they license an engine and sell products under their own label. But also the experiences so far of companies which started their business in this way have shown that this has been a barrier for them in their development over the long term. Thus I perceive it as our remarkable advantage that we have developed our engine step by step. I personally was involved in this part of our business and we developed a lot of new ideas. These have been used until today, but the current team, i.e. people who arrived later, have a bit of a different approach. These are people who have very good theoretical knowledge. They are encountering something that was developed in the past, they apply their knowledge to it and are able to improve these things, to say this in other words, to advance that idea to a higher level.

With regards to the development of the engine, it takes a moment until a new idea is embedded into real usage. This has happened several times also in ESET. Then we gradually improve the technology until certain moments arrive which move it ahead.

Currently our company is going through such a period [of fast development]. The new teams have fully joined in and started to become a driving force. This is something that really makes us happy.

TSS: It seems that smartphones have become a new phenomenon in cybercrime as well as in the antivirus world. Is this the direction which antivirus companies including ESET should follow?
RM: Yes, this is the direction to be followed. This direction moves the whole business, globally not only locally. This is because of the spread of mobile devices and the expected growth in their occurrence. Often people in the third world, who have never owned a computer, now own a mobile phone. And while in the third world it is not as common that the mobile phone is actually a real computer as here, the trend is that smartphones will spread also into these parts of the world. Generally, there are more and more mobile devices able to launch applications and connect to the internet. Actually there will gradually be more such types of devices than, let’s say, traditional computers like towers, laptops, etc.

TSS: The mobile phone looks less dangerous since it is cheaper and smaller than a real computer, but actually it is able to do a lot of the things that a computer can...
RM: Moreover, it is a device which everybody carries with them. This means that he or she can connect to the internet here and there and that the device is being confronted with various environments and thus in a certain way it is even more difficult to secure the safety of such a device. Also, for example, Android is an open-source operating system, which means that the threats that can penetrate through applications extending the functionality of devices running on this platform are very variable.

TSS: In 2011 ESET won the European Business Award for innovation. What did ESET actually receive this prize for?
RM: The jury did not look at any concrete event. They looked at the history of the firms, did interviews with our chief technology officer and chief sales and marketing officer, they were introduced to our products and technologies and only then did they make the final decision.
There are also some companies that devote more energy to their commercial side while others, including ESET, focus more on the technological side of this business. Yes, we too are watching what the competition is doing but our way of doing business is to arrive with new things.

TSS: There have been some efforts to buy ESET. How do you approach such offers?
RM: There are various ways in which somebody would want to enter ESET. But this is something that principally we do not look for. ESET is a successful Slovak company and moreover a private one, whose owners have a very direct and close relation to it. This is a very logical reason why we do not have a reason to sell it.

TSS: How do you approach the opinion that antivirus companies themselves write malware in order to have something to combat and a market for their products?
RM: We have been hearing this opinion regularly over the 20 years we have been on the market. Basically, we try very consistently to avoid any such links. If somebody with a dubious past, which means that he or she might have been involved in any suspicious activities related to writing or spreading malware, even though he or she might be smart, applies for a position with ESET, this disqualifies him or her from the possibility to work for ESET.

The beginnings of ESET, which marks the 20th anniversary of its launch and the 25th anniversary of its flagship product this year, date back to 1987, when two young programming enthusiasts, Peter Paško and Miroslav Trnka, discovered one of the world’s first computer viruses. They dubbed it “Vienna” and wrote a programme for its detection. Many other virus discoveries quickly followed, which sparked the idea to devise a universal software solution to counter these then relatively unknown computer threats.

In 1992, together with their mutual friend Rudolf Hrubý, they formally established ESET as a privately owned limited liability company. What started as the brainchild of a few friends has evolved into an antivirus programme called Nemocnica na Okraji Disku (NOD), or Hospital at the Edge of the Disk. Over 20 years ESET has developed it into a complex anti-threat system protecting against viruses, spyware, adware, Trojan horses, rootkits, worms and phishing attacks.

Currently ESET, which has its headquarters in Bratislava, has a global presence with regional distribution centres in San Diego (USA), Buenos Aires (Argentina) and Singapore, and offices in Sao Paulo (Brazil) and Prague (Czech Republic), and more than 800 employees worldwide. Over the years the company has built-up a network of malware research centres in Bratislava, San Diego, Buenos Aires, Singapore, Prague, Košice (Slovakia), Krakow (Poland), Montreal (Canada), and Moscow (Russia). Its security solutions protect over 100 million users around the globe.