PRIVATE banking services are primarily designed for people with a lot of money – indeed, enough to need someone else to manage it for them. The number of people in Slovakia in this enviable position is estimated to be in the tens of thousands, of whom roughly half utilise the services of specialised private bankers, indicating that there are a lot of potential new clients for banks. 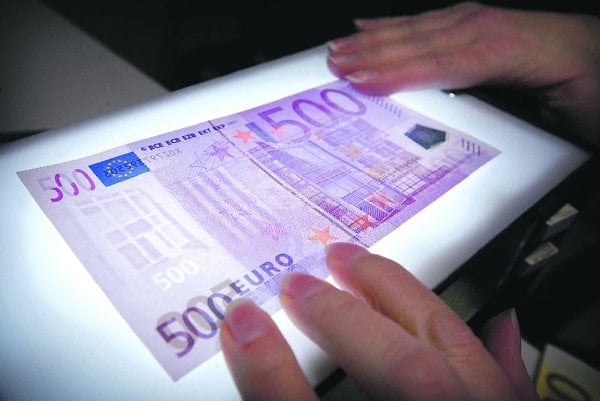 PRIVATE banking services are primarily designed for people with a lot of money – indeed, enough to need someone else to manage it for them. The number of people in Slovakia in this enviable position is estimated to be in the tens of thousands, of whom roughly half utilise the services of specialised private bankers, indicating that there are a lot of potential new clients for banks.

Private bankers admit that the financial crisis has increased customer interest in their services, and say that maintaining the value of assets remains the highest priority for those who use them.
“We estimate that there are about 10,000 clients with the potential to use private banking services,” Andrej Zaťko, sales director at J&T Banka for Slovakia and the Czech Republic, told The Slovak Spectator. “Because based on our experience we know that clients usually use the services of two banks [providing private banking services] on average, so the cumulative number of clients estimated by banks should be 20,000. Revealed data of banks indicate that they register only a smaller portion from this number as clients. Thus we can say that there is still a large amount of clients not using private banking services, even though they qualify for this due to the level of their assets.”

Zaťko estimates this number to be around 50 percent. He sees several reasons why some people do not use private banking services.

Apart from specialised banks in Slovakia there are non-banking wealth management and investment companies that administer assets of a significant portion of potential private banking clients, said Zaťko, adding that there are also foreign banks which do not have representation in Slovakia.

“Last but not least, it is the preference of many Slovaks to invest in non-financial assets, especially real estate, and they are accustomed to managing these investments directly without using private banking services, even though this particular service is certainly included within private services.”

According to Zaťko, J&T Banka is growing by tens of percent annually in the areas of private and premium banking.

“For the time being the growth has been slightly more significant than during the pre-crisis years, in spite of the opposite trend worldwide,” said Zaťko. “We also expect similar growth in the future.”

Privatbanka reports about 1,400 clients, while the volume of assets it administers almost doubled over the last three years, according to Michal Šubín, director of private banking at Privatbanka, part of Penta Investments Limited.

Banque Privée Edmond de Rothschild Europe counts clients in Slovakia in the tens. The number of clients it has in Slovakia has grown significantly, especially during the crisis, the bank informed The Slovak Spectator, adding that the volume of assets it administers is in the hundreds of millions of euros.

Client preferences with regard to investments change over time. Slovak investors tend to be conservative, which significantly impacts their decisions, both in times of economic boom or bust. But private bankers stress that the intention of their clients during the crisis is not to achieve upper standard yields, but primarily to protect their assets and maintain their value. Thus they gravitate toward investments with an optimum ratio of yields and risk, or less risky forms of investing.

“What significantly affects the clients in their investment behaviour is the source of their income,” said Zaťko, adding that they divide their clientele into two basic groups: entrepreneurs and managers, the latter for whom employment salaries are the primary source of income. “These two groups differ in their willingness to undertake risks as well as in the supplementary services they use.”

While clients are willing to undertake a certain risk when investing a portion of their assets, more common is the preference to achieve yields with a guaranteed level, bringing real revenue when current inflation is taken into consideration.

“Clients are currently interested in themes related to the future of currencies, especially the euro and the dollar,” said Zaťko. “We discuss more about the strategic allocation of assets, multi-generation administration, i.e. not only what we will face in next few months or years, but more fundamentally clients also [must plan for the future] over dozens of years.”

According to Zaťko, there are clients who cease to place their faith in money and instead invest all their assets in real estate or commodities.

“It is not necessary to overrate the situation, but a more significant diversification of assets is appropriate,” said Zaťko, adding that these might be real estate, private equity investments, commodities – for example, physical gold, shares, bonds, etc.

Zaťko admits that during these turbulent and dynamically changing times they are often adjusting the portfolios of their clients.

“Currently, clients mostly ask us for an expert opinion about whether a phase of recession is really imminent and whether we face a period of economic crisis which will be longer and more painful,” said Zaťko.

In response to the current situation, J&T Banka has changed its products, which are now mainly focused on products with lower risk.

“Actually, we are on the same board with our clients,” said Zaťko. “When we grow, then they grow too and thus also the volume of administered assets.”

Šubín agrees that the crisis has affected the stance of clients of private banking, and says Privatbanka is careful that the client, apart from his or her yield expectations, is aware of and understands the degree of risk. But since Privatbanka has been avoiding short-term speculations and has preferred long-term trends, it achieved upper average yields during the first half of 2012.

Here Šubín points out a relatively peculiar combination of facts, which affected the first six months of this year. On one hand it was a specific risk pertaining to the question of the future of the euro, the debt crisis and so on, and on the other hand, paradoxically, interventions of central banks resulted in significant growth within traditional financial markets.

“This growth has caused stock markets to have maximum and current yields of bonds on long-term minimums,” said Šubín, adding that those who benefit from this trend are clients who held on to their investments and waited for their yield in a more disciplined way.

Ján Kováč, product and marketing director at Across Wealth Management told The Slovak Spectator that investors in Slovakia have naturally matured and are behaving more rationally.

“We could say that also under the influence of the crisis their relation to risk has changed: they rather prefer more conservative portfolios and strict risk management,” said Kováč.

They are interested in investing into standard securities like stocks and bonds, while various derivate structures, gold and commodities are popular, as well as works of art or jewellery, too.
Kováč admits that investors have become more demanding. Their demands are higher and they require more than a recommendation into which sector, region or security to invest.

They expect to assume responsibility over the realisation of their investment decisions, while they are mostly interested in the final result. In this case portfolios are based on an absolute return strategy.

Šubín expects that the general development in the future will be especially affected by low yields on bonds and that stocks will remain exceptionally volatile and more suitable for experienced investors.

“It remains generally valid that any shortcuts on the path to final yields are traditionally linked to a specific risk,” said Šubín.

Trends in private banking in Slovakia

The private banking market is becoming standardised. In Slovakia, as well as abroad, there are specialised banks and retail banks in which private banking is only part of the services’ complexity. The difference, which has been visible so far, is a smaller number of propriety products specially designed for private banking clients. But to a certain extent this is linked to the fact that the needs and experiences of Slovak clients differ somewhat from clients in the West.

“Development on the market significantly affects the behaviour of the client,” said Zaťko. “The demand for non-financial services has been increasing and clients are starting to enjoy their assets.”

With regards to actual trends Šubín pointed out that traditional retail banks focus on offering their proprietary products, while the investment architecture of banks specialising in private banking is open. Banks also face a challenge linked with future development and low yields on traditional financial markets.

“For clients, the concrete solution that bankers will offer them will become more and more important,” said Šubín.