WHILE Danes have taken to eating greener and healthier food over the past decades, meat – and especially pork – dishes originating in the countryside remain one of the mainstays of Danish cuisine.

Related: Danish cuisine I Salad I Salad I Soup I Main dish I Other cuisines 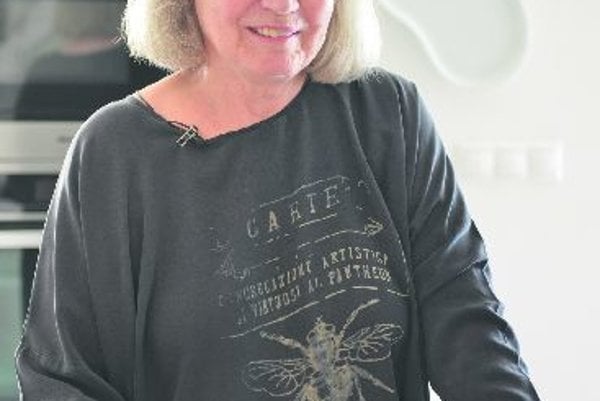 One of the Danes’ favourite meat-based dishes is frikadeller, or meatballs, says Anita Hugau, the Danish ambassador to Slovakia, who picked these as the main dish to demonstrate to readers of The Slovak Spectator and viewers of Sme TV (an online video service produced by the Sme daily) in a new programme called Cooking with Ambassadors. It aims to present the international food culture and traditions of a range of countries that have representatives in Slovakia.

“There is not a single child in Denmark who would not know what meatballs and potato salad is,” Hugau says, as she mixes together finely chopped pork and onion before adding eggs, wheat flour and a little black pepper and combining them together with a spoon designed by world-famous Danish architect and designer Arne Jacobsen.

Adding some butter to the hot pan where the meatballs are to be fried, Hugau explains that meatballs, typically smaller ones, are a favourite with Danish children.

“I like it when the butter gets a little bit burned because it gives the food a specific flavour,” she says, sharing one of her secret tips.

According to Hugau, meatballs have many variations in Danish homes. The style of preparation can be changed according to the season, with a lighter summer version, and Danes like to combine them with whatever they happen to have at home – especially vegetables. If there are some left over from dinner, Danes commonly slice meatballs to use as a component of the following day’s smorrebrod, or open sandwich, the Danish lunchtime staple.

People in Hugau’s homeland tend to eat their main meal in the evening, in contrast to Slovaks, who tend to have a bigger meal at lunchtime, comprising soup and a main course, plus occasionally a dessert.

Hugau also included soup in her typical Danish menu, but one which will be unfamiliar to Slovaks. Rather than a starter, koldskal, or cold buttermilk soup, is in fact a dessert.

Before adding one of the main ingredients, raw egg yolk, Hugau provides some advice to would-be chefs in Slovakia, where pasteurised eggs are not generally available: drop each egg into boiling water for 2-3 seconds in order to reduce the risk of salmonella poisoning from the surface or the inside of the shell. She also advises sniffing each egg yolk before adding it to the mix, in order to check for any tell-tale odours that it has gone bad.

Mille Vedel Drews, an intern at the Danish embassy in Bratislava, explains as she helps to prepare the soup, which is flavoured with vanilla and lemon juice to give it a refreshingly zesty taste, that Danes normally eat it with kammerjunker, or small sweet rusks.

When asked about the roots of Danish cuisine; Hugau responds that it is traditionally hearty and has its origin in the countryside – and is hence rather similar to Slovak cuisine – but that Danes are trying to make their diet lighter and healthier.

“The original versions of the food we are serving today were in the old days much heavier and you had gravy served together with the meatballs and big old potatoes,” she explained. “Things have changed quite a lot during the past decades.”

She notes that these days it is very fashionable to eat healthily in Denmark.

“We not only have a green agenda on the political scene; we also have a green agenda when we eat food,” Hugau says, but adds that meat remains an important part of the Danish diet. “At least a little piece of meat [on one’s plate] is very common. But of course you also have a more refined kind of food in Denmark called New Nordic Cuisine, and we have our own variety in Denmark.”

As an example of this she mentions Noma, a Copenhagen restaurant which is famous for its innovative approach to cooking as well as its use of fresh produce and which has been awarded the title ‘Best Restaurant in the World’ for the last three years by the magazine Restaurant.

Hugau concedes that Danes have a sweet tooth, but says they are also trying to reduce their consumption of sugar. As for the foreign cuisine that Danes have grown to love, Hugau names sushi in particular, while noting that it remains expensive and that people, the younger generation especially, are learning how to make it themselves as a result.

Ambassador Hugau then invites her guests to the table where, on typical Royal Copenhagen white and blue porcelain plates, she serves the meatballs with kartoffelsalat, or cold potato salad, and agurkesalat, a marinated cucumber salad. There, as her guests prepare to dig in, she concludes by explaining that Danes generally prefer to take just a small amount rather than piling their plate up with food, and will normally refill their plate depending on how hungry they are.