IT SEEMS that nine companies backed by foreign investors will have to wait rather longer for a final decision by the government about whether to give them aid amounting to about €101 million in the form of tax relief. The Economy Ministry has, for a second time, withdrawn from a cabinet session its proposal to provide the firms with aid, and now the Finance Ministry has suggested postponing any aid for a year or more, citing the need to relieve pressure on the state budget. 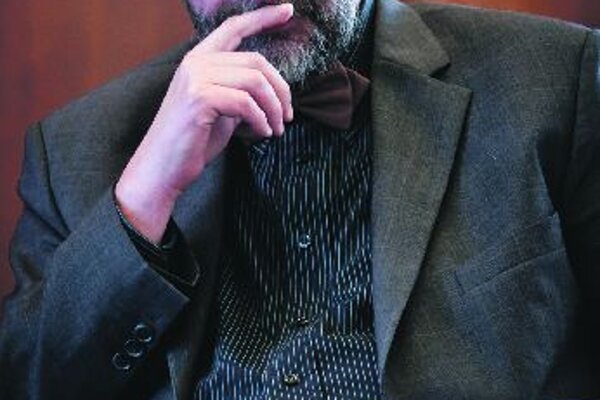 IT SEEMS that nine companies backed by foreign investors will have to wait rather longer for a final decision by the government about whether to give them aid amounting to about €101 million in the form of tax relief. The Economy Ministry has, for a second time, withdrawn from a cabinet session its proposal to provide the firms with aid, and now the Finance Ministry has suggested postponing any aid for a year or more, citing the need to relieve pressure on the state budget.

“We are struggling with a shortfall in revenues ... so, naturally, we are trying to negotiate with individual stimulus applicants to postpone their needs to future years,” said Finance Minister Peter Kažimír, as quoted by the TASR newswire, adding that if the government accepts the suggestion, the companies might start using the money in 2014.

It seems that Economy Minister Tomáš Malatinský has agreed to support this suggestion since, he said, he is “well aware of the budget and expected incomes to the state budget”, as quoted by TASR. Since some of the investment incentives could be regarded as additional expenses, he said he wanted to minimise them as far as possible. As a result the ministry will now discuss ways to do so with the applicants, ministry’s spokesperson Stanislav Jurikovič told the Sme daily.

The only exceptions were Mondi SCP and Samsung Electronics, which said they would use the money to invest in new technology and secure existing jobs.

While Samsung promised to secure 760 jobs in return for €19.8 million in tax breaks, representatives of Mondi SCP agreed with the Economy Ministry to maintain 766 jobs for six years in return for €25.4 million.

However, several ministers expressed doubts about Malatinský’s proposal, and especially about giving public money to companies that did not intend to use it to create new jobs. For example, Labour Minister Ján Richter said that in the case of Mondi SCP it was not clear how many jobs would really be secured, Sme wrote.

The firm, which runs a large paper mill in Ružomberok, responded that it would not have to fire anyone – provided it received the tax break.

“With the help of the tax relief we will create the space for a possible increase in the number of employees in the medium term,” company spokesperson Ľubomír Čech said, as quoted by Sme.

The proposed state aid has also prompted criticism from the parliamentary opposition. For example, Slovak Democratic and Christian Union (SDKÚ) MP Miroslav Beblavý predicted that although the companies would have to secure a certain number of jobs, no one would be able to prevent them from dismissing people not protected by the agreement with state, Sme wrote.

Former economy Minister Juraj Miškov, now an MP for Freedom and Solidarity (SaS), commented that “if the government passes the stimuli, it will be a dangerous precedent”, Sme reported.

Paradoxically, it was Miškov himself who in February 2012 submitted to the government the original proposal to provide Samsung with €28 million in the form of tax relief in order to secure 950 existing jobs. However, the government did not approve the aid at that time since the then prime minister, Iveta Radičová, said that Samsung’s request did not comply with the existing criteria for such aid. She explained that applicable Slovak and EU regulations allow such assistance to be provided only if it is designed to create jobs or goes to regions with high unemployment, TASR wrote on February 23.

Miškov now says he plans to propose an amendment to the existing law on investment aid, which would link future stimuli with the creation of new jobs and not just new investments, Sme reported.