How to attract tourists?

CONTINUAL state support for destination management organisations and a unified and strong presentation of Slovakia – which should involve all agencies operating in the tourism sector – are two of the ideas that could help to improve tourism in Slovakia, as outlined by tourism professionals on World Tourism Day. 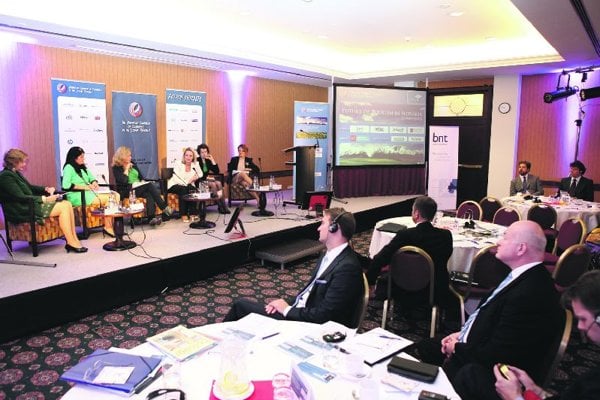 CONTINUAL state support for destination management organisations and a unified and strong presentation of Slovakia – which should involve all agencies operating in the tourism sector – are two of the ideas that could help to improve tourism in Slovakia, as outlined by tourism professionals on World Tourism Day.

The main aim of a conference called Future of Tourism in Slovakia, organised by the American Chamber of Commerce (AmCham) on September 27, was to talk about the possibilities that a 2011 amendment to Slovakia’s tourist legislation offers, and how the destination management organisations established thanks to the law operate, Natália Poliaková from AmCham told The Slovak Spectator.

The very first law to support Slovakia’s tourism industry was passed by parliament in March 2010. In October 2011 deputies approved an amendment to the law, allowing various public and private bodies active in the tourism industry to unite into so-called destination management organisations.
It also established a system of financial subsidies for these organisations to match the amount of money collected by their individual members.

The law on tourism has benefited cooperation between agencies active in the tourism sector, according to Ivana Magátová, the director general of the tourism section of Slovakia’s Transport Ministry.

“We probably felt some kind of absence of cooperation in regions of Slovakia since it is not possible to talk about the policy of tourism on the state level; the policy is created in regions,” Magátová told the conference. She added that the role of the regions is important because they produce the products that the tourists look for and because they are the places where the visitors come to spend their holiday.

The Transport Ministry has now prepared another amendment which will adjust the financial conditions for organisations active in the tourism sector. Magátová stressed that the changes will pertain to the conditions for use of state subsidies by individual destination management organisations. At the moment the opportunities to spend the money are too wide and the tourism agencies often do not use it to attract tourists.

“We would like [the organisations] to use the funding to create the product, to make Slovakia interesting for the tourists who will come,” she explained to the audience.

Every country in the world which wants to develop its tourism faces the same obstacles, said Dieter Hardt-Stremayr, the general manager of Graz Tourismus und Stadtmarketing. When describing the situation of Austria’s tourism legislation, he said that although the first tourism organisations in Austria are some 100 years old its first legislation was introduced only 20 years ago, and that instead of having state-wide legislation Austria has different laws valid in each of the country’s nine provinces.

According to Hardt-Stremayr it is not legislation that united the organisations but rather that the tourism agencies joined forces because they “just wanted to work together”.

“They put money together and they went on the market,” he said, adding that, whether the politicians liked it or not, the organisations did not ask anyone and just worked together on a voluntary basis.

Regarding state support for tourism Hardt-Stremayr does not consider it right for those active in the tourism sector to apply for state subsidies every time they want to launch a project: “the good projects and the sustainable projects are those that would have taken place with or without a subsidy, so these are the ones which really [work]”.

Nevertheless, the conference participants stressed the need for continual state support for organisations of destination management, according to Poliaková of AmCham. The conference also pointed to the need to develop a congress centre in the Slovak capital, Bratislava, the need to strengthen the use of information technologies necessary to communicate with visitors in towns and local tourism organisations, and the need to create a “quality and interesting product which will not only attract tourists, but also increase their interest in returning to Slovakia”.

“We have several specific outcomes from the conference which AmCham plans to cover and help with their successful implementation,” Poliaková said.